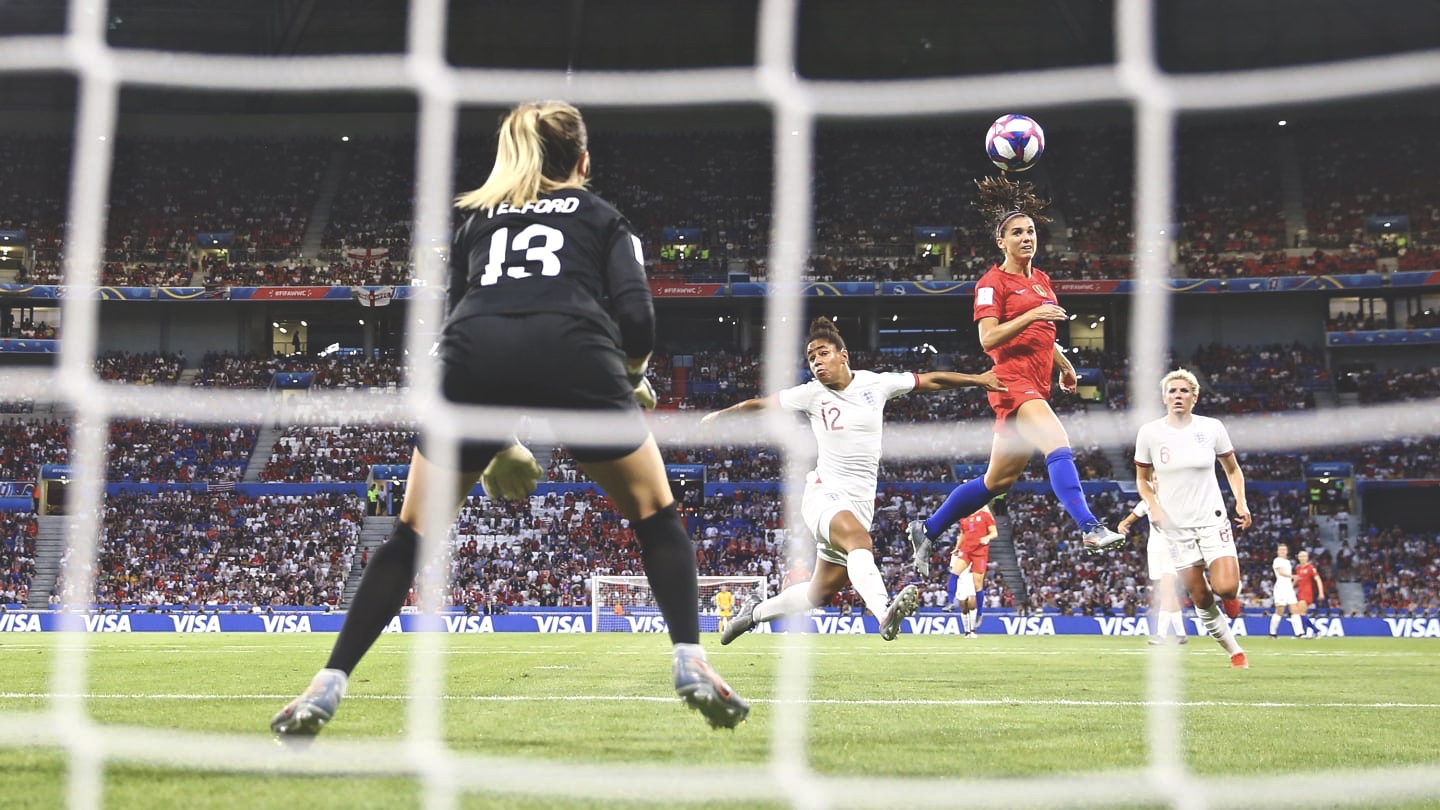 A record number of 11.7 million people tuned in to watch the Lionesses cruel defeat against the USA.

Both sides made changes to their starting 11 with Carly Telford starting in goal for England as Karen Bardsley was out due to injury and Rachel Daly also started for England. USA missed captain Megan Rapinoe as she also had an injury.

Both teams started well but it was America who managed to grasp the first goal after a header from Christen Press found the back of the net on the 9th minute.

10 minutes later Ellen White managed to score an amazing equaliser to keep England in the game.

At the half hour mark Alex Morgan who was player of the match doubled America’s lead (on her birthday) after some poor defending from England. USA had a few chances before half time but Millie bright and Steph Houghton did well to clear them.

Just after the hour mark Ellen White struck again but the goal was ruled offside by VAR which meant USA were still in the lead.

England received a penalty late in the game after Ellen White was fouled in the box. Captain Steph Houghton stepped up to take the penalty but USA keeper Alyssa Haeher saved it.

England defender Millie Bright was already on a yellow but was shown another one after a bad tackle which meant she had to leave the pitch.

The USA are through to the final of the Women’s World Cup and England will play either Netherlands or Sweden for the 3rd place spot.