Championing Women’s Football at all levels, from International to Grassroots 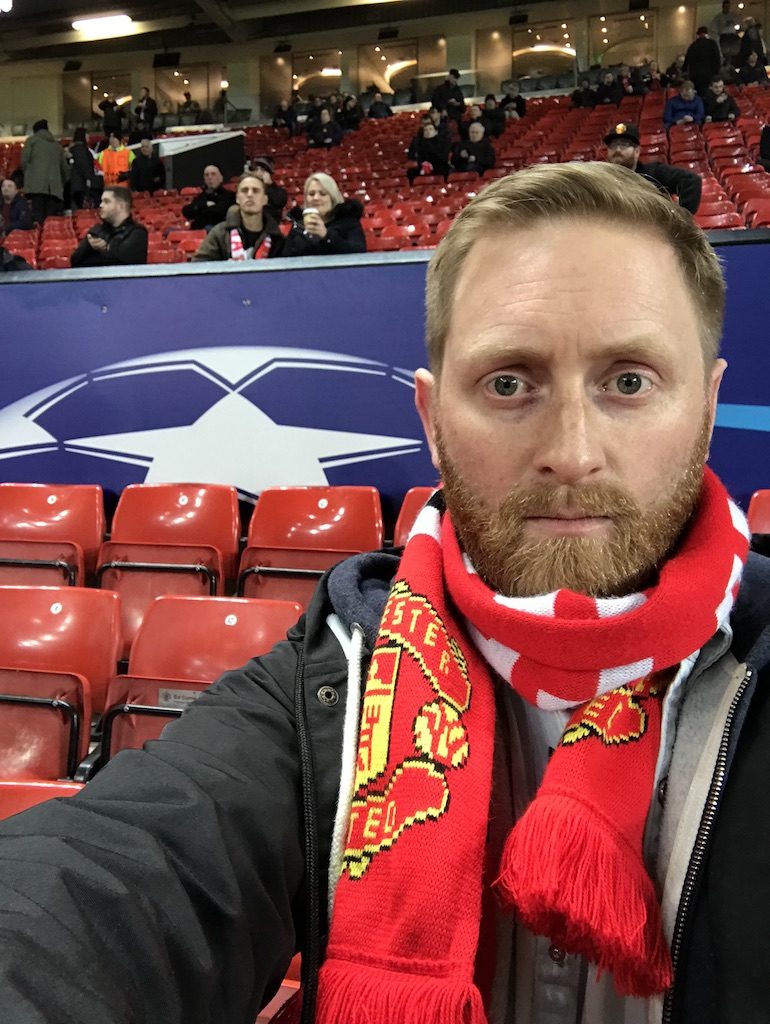 I first got into coaching with boys youth football for Locks Heath Lions in the Hampshire Mid Solent League in 1998. While coaching on Saturday I also spent three years coaching on Sundays with AFC Portchester side where I had my most successful spell as a coach and won the league twice and were Hampshire Cup runners-up.

After one season we decided that we wanted to set up our own club slightly closer to our hometown of Portsmouth. We have now established an under 13 girls football at Havant & Waterlooville and are really excited to watch the club grow. 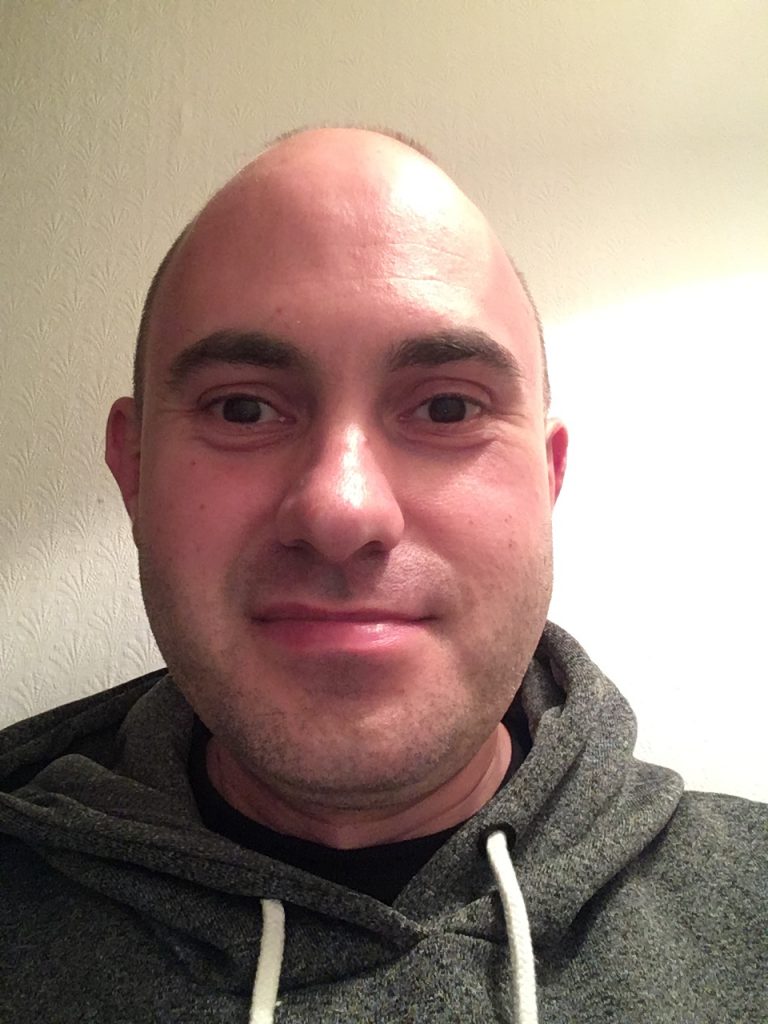 In the distant past a good friend of mine played girl’s football to state level in Sweden, and I have consequently followed women’s football in Sweden closely for longer than I have in England – consequently I am a long time supporter of both AIK’s women’s and men’s teams. The club are based in Solna, a city on the outskirts of Stockholm.

When it comes to the game in Britain, I have followed women’s football closely for just over a year, with the focus on skill and fair play being the prime attraction in watching the game for me. Living in on the SW London/Surrey border, I regularly watch games at Chelsea and Fulham as well as the Lionesses’ home matches. Whilst I don’t have one particular favourite club, I greatly admire Glasgow City FC.

Having spent a lot of time in Australia, particularly Western Australia, my favourite player remains Fremantle’s very own Sam Kerr, and I am proud to have World Cup 2019 ‘Matildas’ shirt with ‘Kerr 20’ on the back, and consequently I also follow Perth Glory. Having devised a media campaign with Norwich City Women FC that tied in with the Women’s World Cup to develop the awareness of their club within Norfolk, I was drawn closer to the women’s game due to it having so many fantastic people with incredible stories of resilience, determination and overcoming the odds that need to be shared and celebrated. It’s what makes the women’s game so special. This was the prime motivation to developing my own Women’s Football site, Impetus and I’m delighted that Since ’71 are syndicating articles from the site. 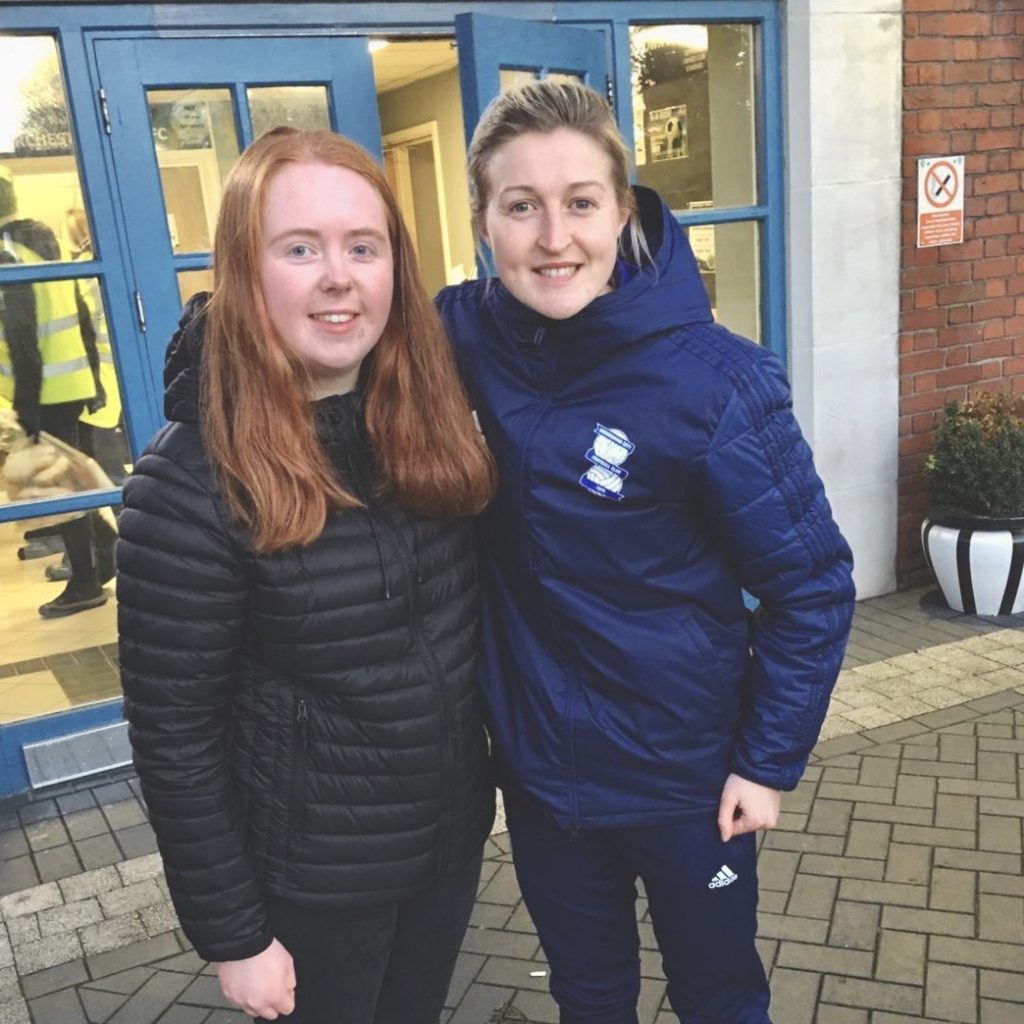 I became really interested in women’s football around the time of the 2015 World Cup. This is where I first watched England’s Lionesses properly, and began to recognise the players playing for their club teams.
Since then I’ve tried to keep up to date with as many leagues and International teams as possible, and have watched the Lionesses play a number of times. Included in this is my trip to France for their opening game of the 2019 Women’s World Cup against Scotland.
I’ve been watching my local team, Yeovil Town Women, since their title winning season in 2016, and continue to watch and follow their progress now in the National League. I’m also lucky enough to travel around the country watching a range of teams across the English leagues in both league and cup fixtures. 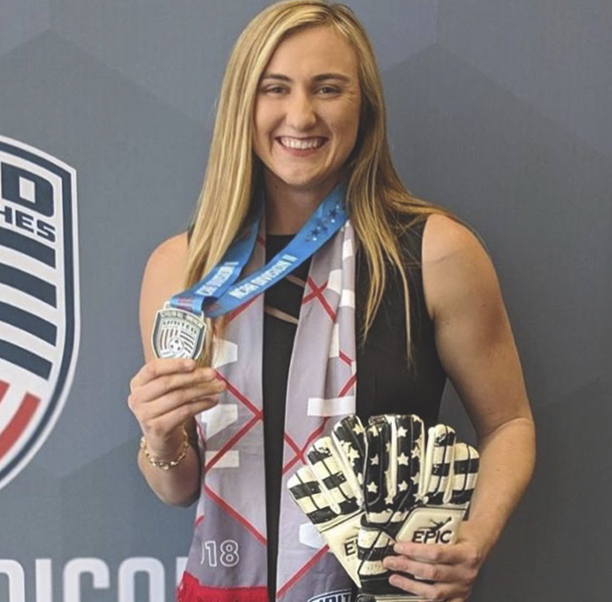 I first started playing football at the age of four and transitioned to the club level at eleven, playing for Legends FC in Southern California. I had stopped playing football my junior year of high school to focus on field hockey and track and field, where I earned a scholarship to pursue filed hockey at the collegiate level attending Limestone College in South Carolina. It wasn’t until the end of my sophomore season that I switched back to football and earned the starting position as a goalkeeper. Having rediscovered my love for the game, I decided to pursue playing football at the professional level.

I graduated in the spring of 2019 with a Bachelor’s degree in Athletic Training and a minor in Biology and have since then signed to play with Grindavik UMFG, a team that is a part of the second league in Iceland.

As a goalkeeper it has been a challenge adjusting to a different style of play as well as a new language, but has so far been a great learning opportunity playing in a different country. I look forward to sharing not only my insight on football as a member of Since 71’s team, but as well as detailing my own journey and where it takes me as a current player. 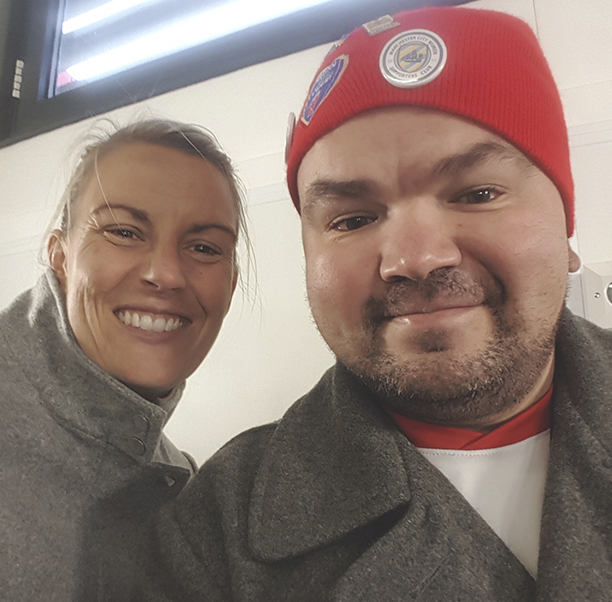 I have been following women’s football since I attended my first game, England v Sweden at Dagenham in 1998. In this game Justine Lorton made her England debut. The next time I saw her play was twenty years later at Keynsham Town Ladies last season. I’m proud that I have been there to watch first hand as the game evolves so dramatically.

Whilst following it closely I became a passionate supporter of Bristol City Women‘s and am a season card member I also watch Royal Wootton Bassett Ladies which is near my home in Wiltshire. I follow all levels of women’s football, especially in Gloucestershire, where I’m originally from. 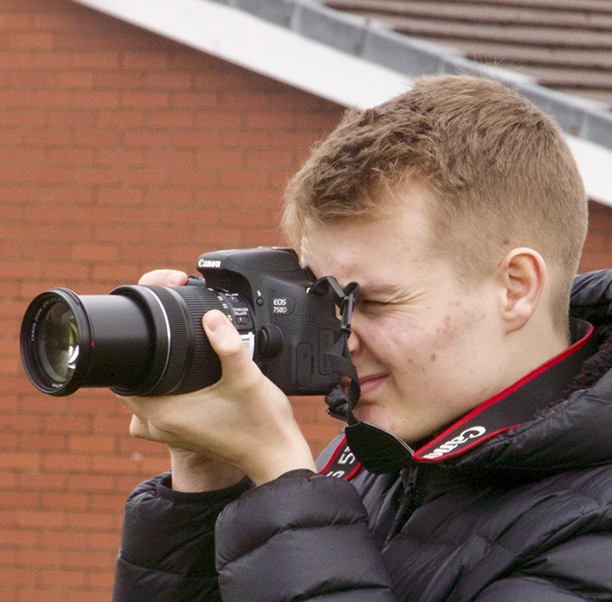 I have only recently got into the women’s game. It was back in September 2018 when I started my BA Sports Journalism degree at the University of South Wales, that my interest in women’s football grew. This was primarily due to me volunteering to do media work with Swansea City Ladies.

The first Swans match that I watched, I thoroughly enjoyed reporting on. This then resulted in me following other women’s football leagues as well as the Wales squad.

My first experience was thoroughly enjoyable, so I would love to enhance my interest for the women’s game in the future by potentially covering big events such as the Women’s Euro in 2021 and also the World Cup.

All of my work can be viewed on my website at evanssports.wordpress.com. 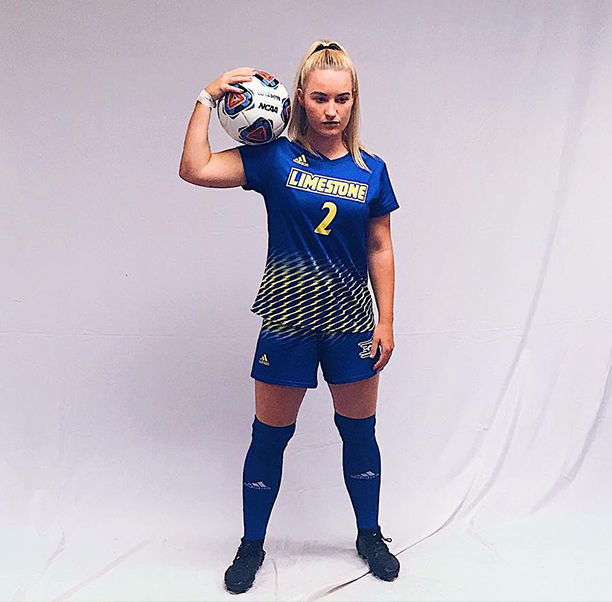 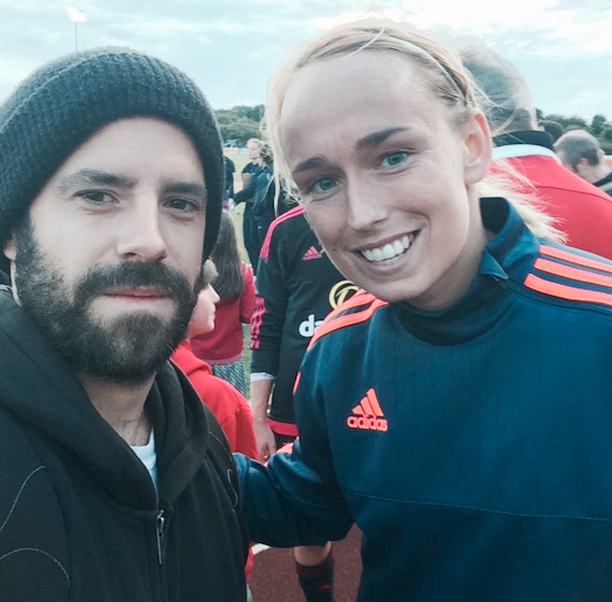 I started watching Women’s football just before the 2015 World Cup. Bristol Academy (now Bristol City WFC) had put up a kickstarter to help raise some interest and I signed up for a season ticket. I was immediately impressed with the connection from the players to the fans and the family atmosphere that the games had. I since moved to Madrid and found the same situation with the teams here. I watch Atlético de Madrid’s Women’s team for with the season ticket I have for the club. 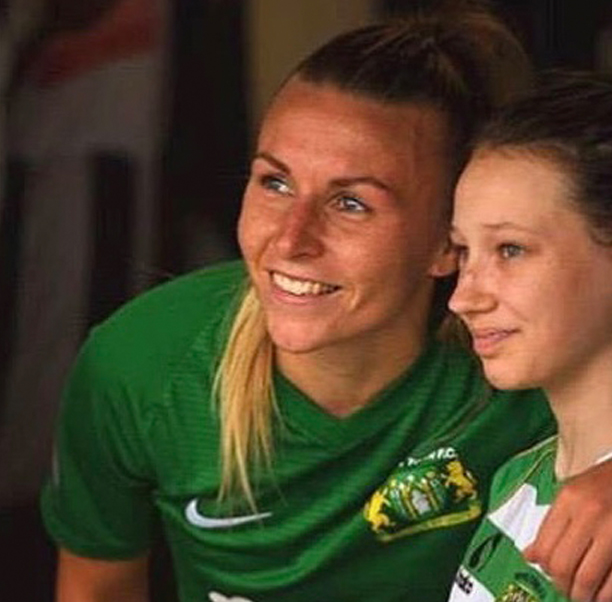 I first started watching men’s football when I was very young with my dad. In 2014 I went and watched a Yeovil Town Ladies match and ever since then I have just fell in love with the club. As soon as you are there you just feel welcome and it is a great atmosphere.

Being young it is a great feeling knowing that at the weekend you can go and see your favourite player (Hannah Short) and team. It’s great to be able to watch a team grow and I love supporting such a great team! 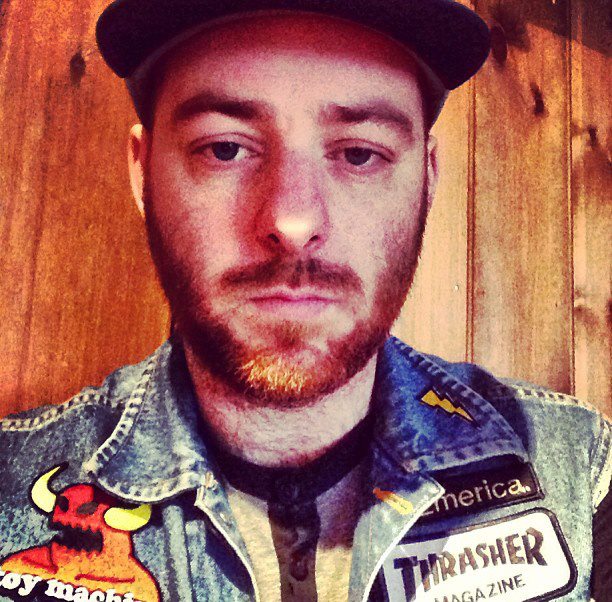 Based in the seaside town of Southsea, I specialise in brand, identity and graphic design as well as website creation.

Having enjoyed a career in graphic design for 25 years, I’ve been fortunate enough to have worked with a diverse range of clients including a number of household names in global banking, magazines, an airline and even a Grand Prix racing team, right down to local businesses spanning many differing industries.

Along the way I’ve owned and operated a number of comic book stores, a contemporary art gallery and became an internationally published American comic book creator. My first published comic book work was No Place Like Home through Image Comics.

You can view my work and contact me via www.angelotirotto.com.