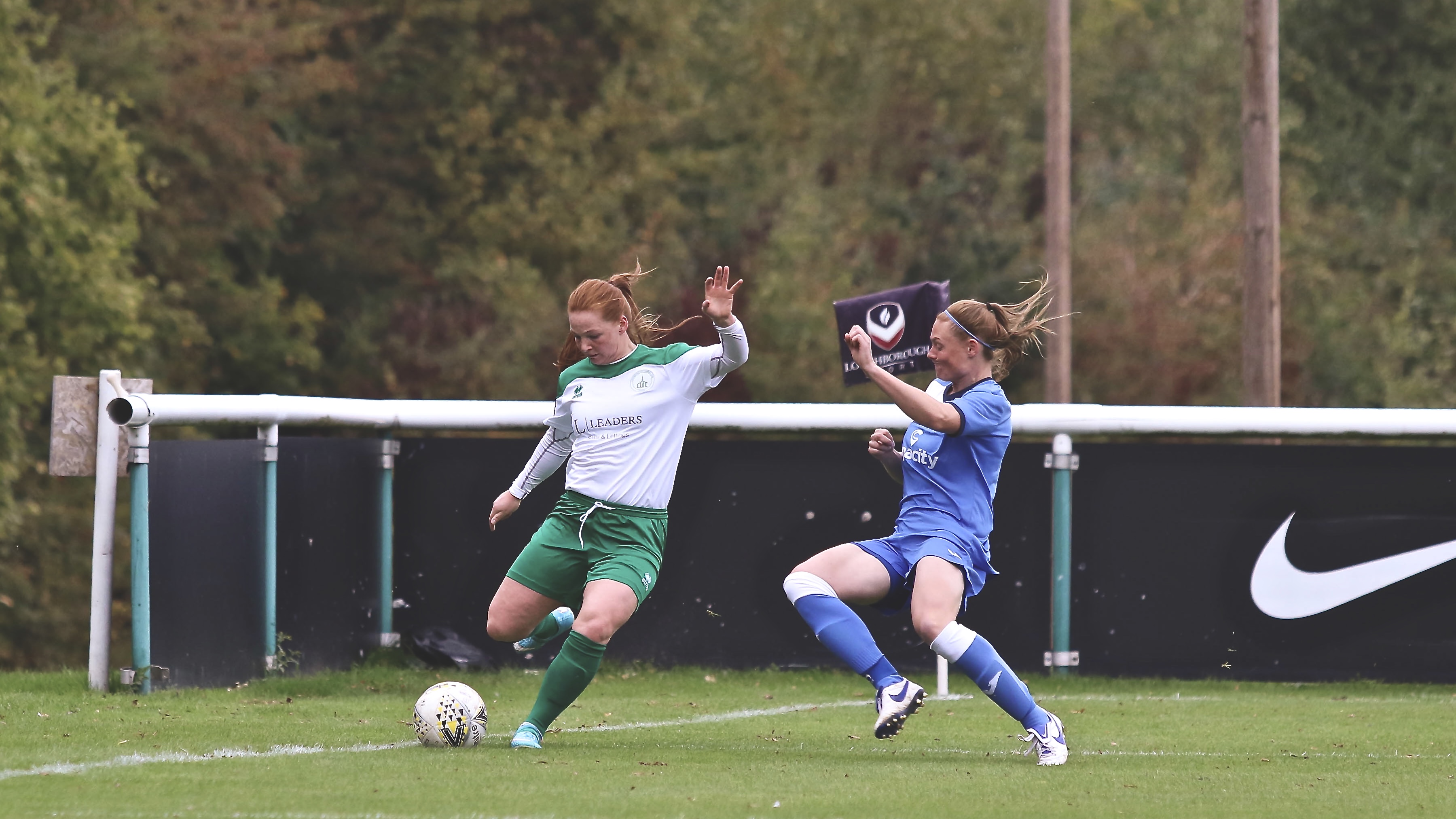 Back in August I made my first ever trip to watch Oaklands Park to watch Chichester City take on Tottenham Hotspur in a pre-season friendly. The Championship side came out on top that day but I was really impressed with what I saw from Chichester. One of the players who stood out that day was Chichester’s forward, Jade Widdows. Jade makes intelligent runs, always offering herself as an outlet for her teammates, knows where the goal is and any defender coming up against her will be relieved to hear the sound of the final whistle.

Last Sunday saw Jade make her 50th appearance for Chichester. Sadly it resulted in a FA Women’s National League Cup third round defeat to Coventry United. The match day programme paid tribute to Jade and featured an interview between her and Hayley Newman. If you were not able to be at the match then you are in luck! 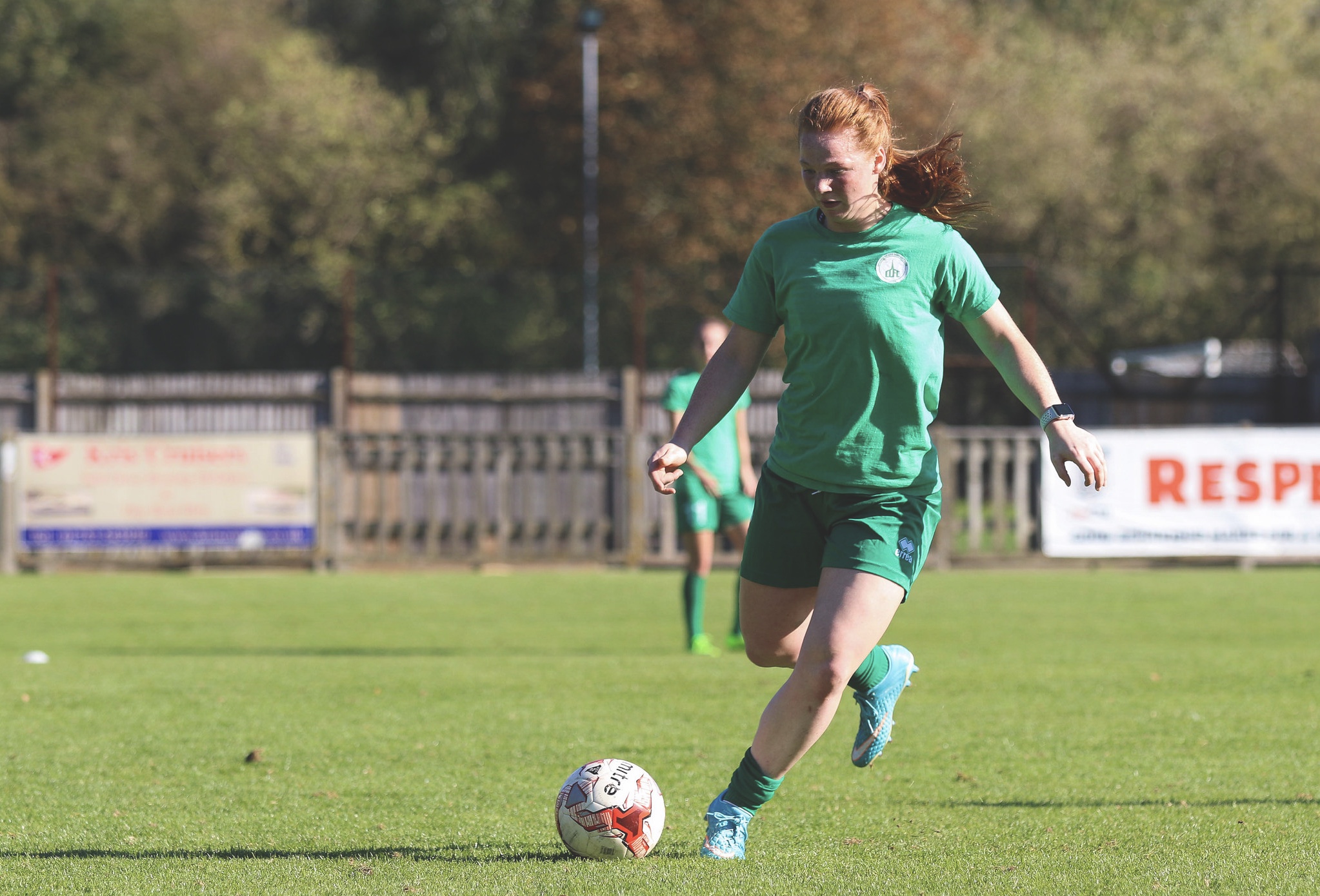 Hayley: Jade into your fourth season with Chichester, how is it?
Jade: It’s been good, we’ve definitely stepped it up from last season. Obviously, we’ve had a few big teams come out of our league so I think that’s helped us a bit, but we have stepped it up, you can’t shy away from that.

And how have you found it for yourself with the club?
There have been some big changes that have happened. The squads changed, there’s a different atmosphere which is clearly working as we’re getting good results. The training, we’re now training twice a week which is brilliant – for a full two hours which I think we needed it. So, all good.

You were with Brighton previously, what was it like coming to Chi and the differences?
When I was growing up and I was at college we always hated Chi, so it was actually a bit of an “Oh my gosh, I’m actually playing for Chi”. But now I obviously love Chi

When we turn up in the rusty old minibus and beat a team who are supported by a big men’s team it’s a brilliant feeling. I perhaps miss the facilities, it’s quite nice you get to train inside a nice warm dome, and you don’t get wet. Brighton was quite a big part of my life when I was younger, I was there and it’s the first team I ever went to watch play – the only team in fact – so I do love it, but I love Chi now. Definitely green.

You spent a few years out playing in America what was that like?
A really good experience. I think the making of me, I left when I was 17 and came back when I was in my 20’s. I hadn’t seen my parents, so they definitely saw a change in me, I grew up. In regard to football, it is a very very different game of football, they even had different rules on the substitutions. It was a bit of kick and chase over there, it was good, but I definitely love England. 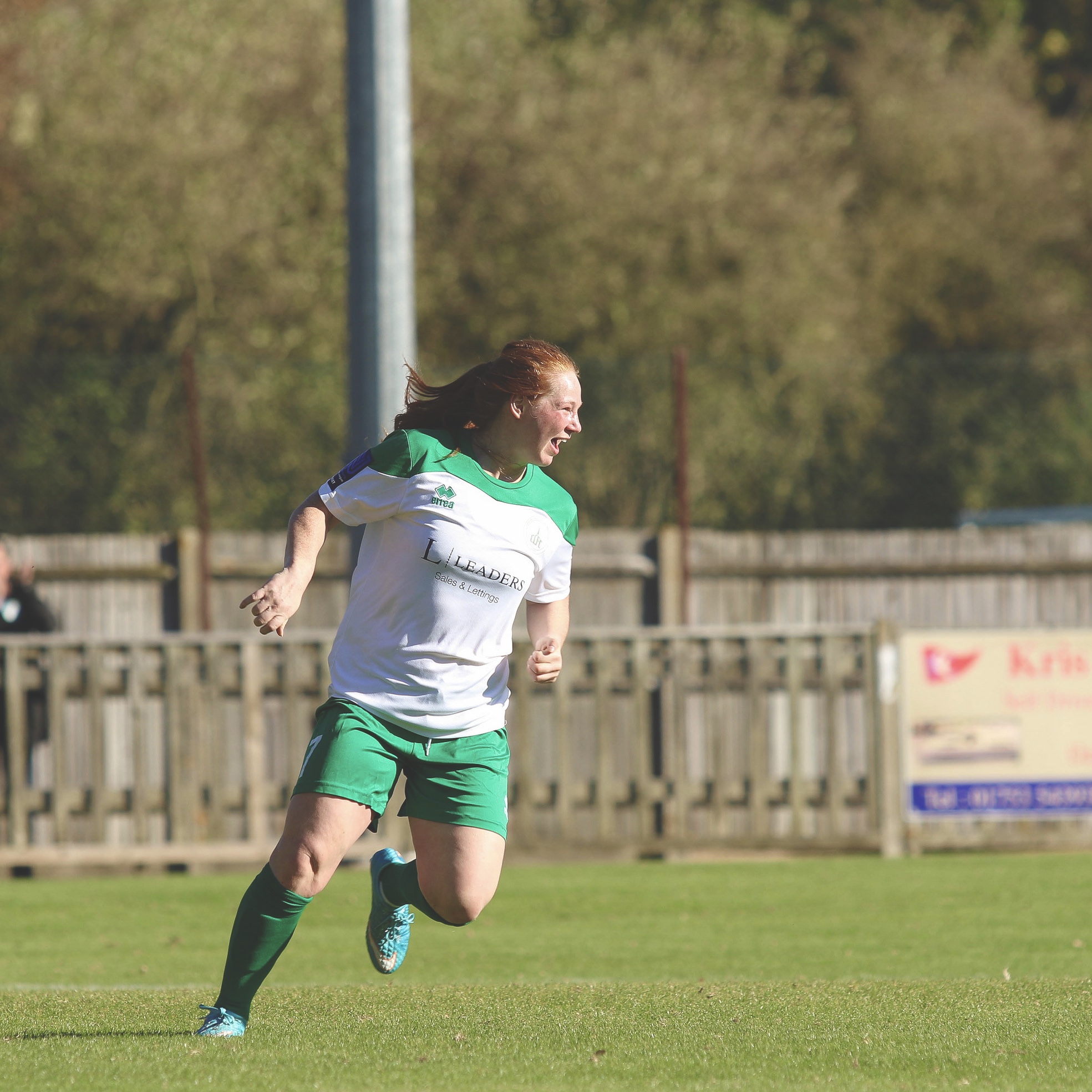 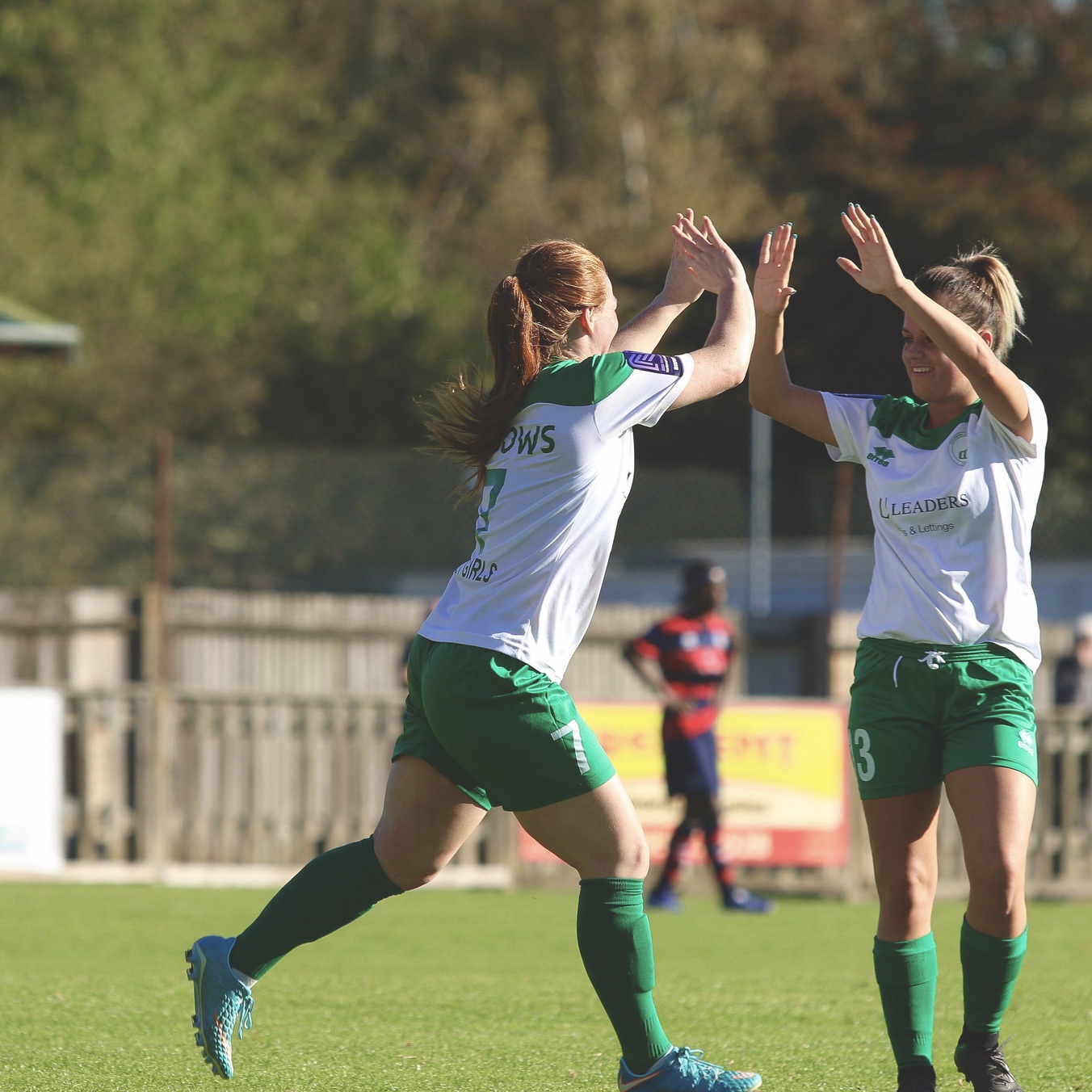 When you were a little kid where did football begin for you? What got you into the game?
Football began with my friend she was Irish, and she got me into it with the team. She was their top striker, it was a boys’ team and it was good. We were like a double act playing up top and then I dropped back into midfield then drifted around all the positions as you do at that age.

Then when I was about 12 it was broken into me that I had to go play with the girls and it was like someone had died. I was like “I can’t possibly go and play with them”. Then obviously with women’s football it has gotten better as I got older, girls are lucky with what we’ve got now.

When I was growing up, I suppose – not years ago – but there weren’t the characters that there are now. So, it’s good to see.

You mentioned that you didn’t want to leave the boys set up, do you feel that it has helped you as a player?
Yes, definitely because in football I think you can tell sometimes who perhaps have played with boys and who hasn’t, sometimes with the physicality of things. You had to be quicker, stronger so I do think that it has changed the way I am in terms of how I play.

Who did inspire you as a player?
Definitely David Beckham and Wayne Rooney, he was my number one I just loved the way he played. I used to love watching Street Striker. 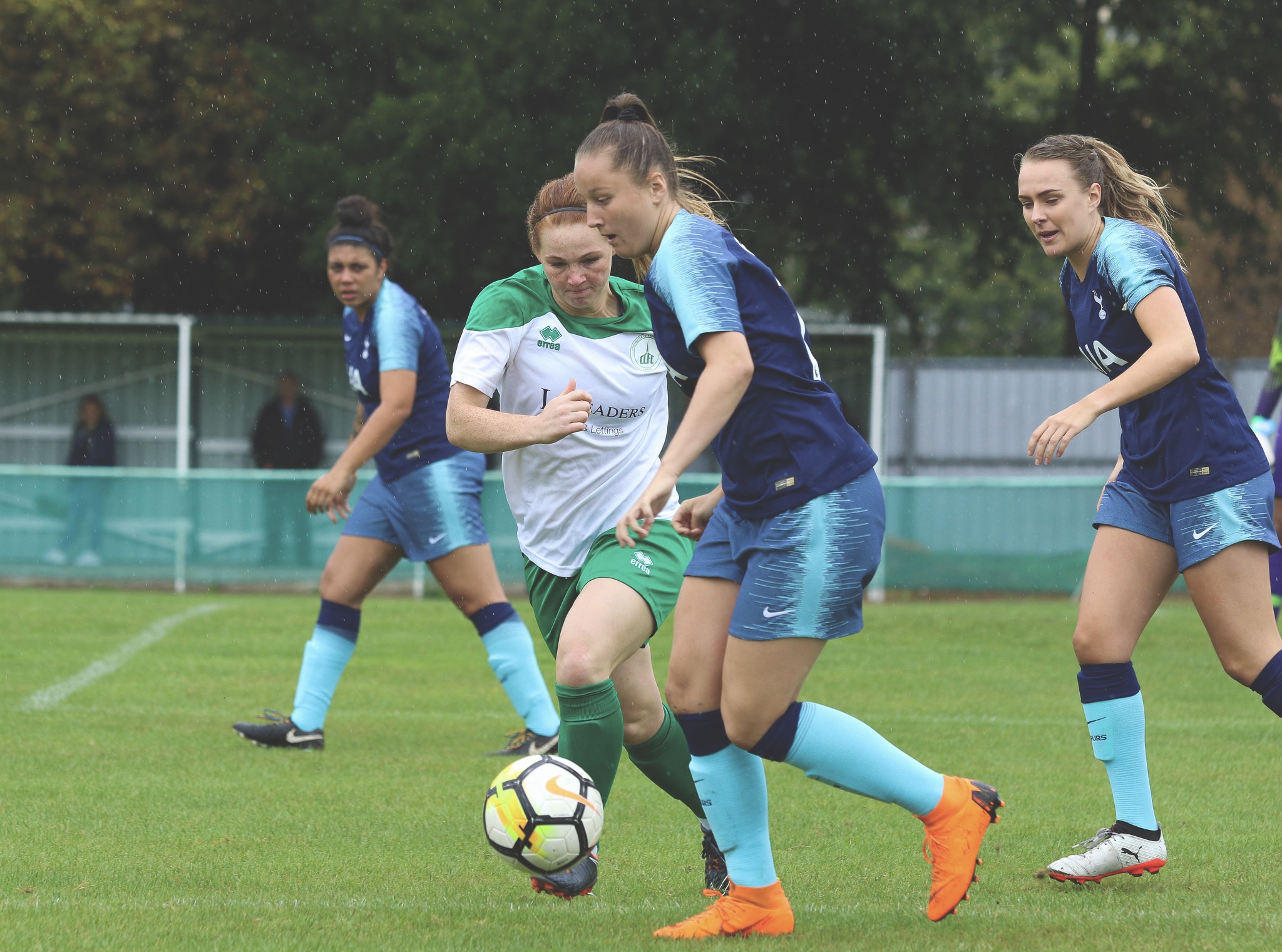 Outside of football what do you for work?
I am a personal trainer and I’m also studying part-time as well doing a teaching qualification, so we’ll see how that goes!

Keeping busy, how do you find the time?
I wish there were 30 hours in the day! But unfortunately, there is not. I actually don’t know how I manage it but it’s working well so far.

What about the support that you get from family and friends?
Yeah, they’re pretty cool. They’re always there when I need them, they don’t really come and watch. Most of my family are quite busy, like me, it’s a bit of a trait of our family. We’re not like a real close family, we usually call up like once a month and pick up where we left off, just check in.

My brother called me up on the way back from Watford – we lost – and I said; “Hello? What’s wrong?” and he said; “Oh, I’m just giving you a call” because he works in Reading. I said; “I thought something was up, coz you never call me!” haha. So, yeah that’s how often we call each other. But they’re cool. 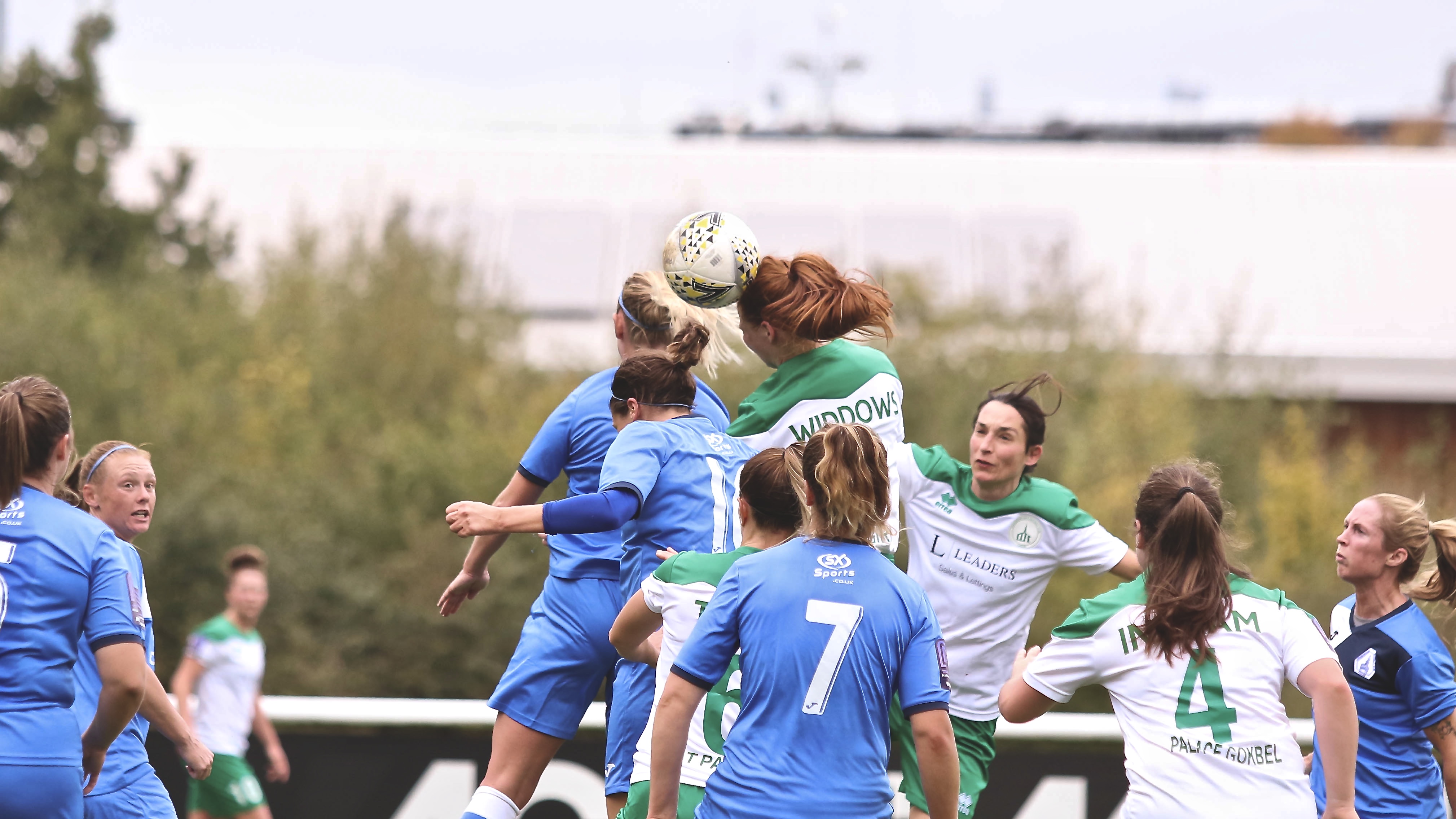 Another big part of your life aside from football, work and studying… dogs.
DOGS! My babies. They’re my children, my fur babies.

Where would you be without your dogs?
They make my world. They really do cheer me up and I wouldn’t be anywhere without my dogs. They’re the first thing I always see when I walk through the dog and they’re always so happy to see me. When I go out the door it is heartbreaking leaving them, but they come to our games too.

They’re big supporters. They’re actually the two biggest supporters, they’re fantastic. I’ve got two cocker spaniels, Freddie and Peggy (pictured) who is my twin. She’s ginger like me, we do look alike. They’re great, I love them.

Is there anything you would want to go back and say to a younger you? Like eight-year-old you?
Eight-year-old me… I’d probably say; mum why did you give me that horrible haircut and that’s why people called me pumpkin head it was a horrible bowl cut. I would have probably said “Mum, please come and sort this out.”

I probably would have picked up football a lot earlier, I used to kick around in the garden. All my brothers are rugby boys, in our family, it’s actually the devil’s game. My dad says; “Hands up to heaven is for rugby and when you’re playing football it’s down there for the devil’s game”. I played rugby but I think I would have liked to have gotten into football a lot earlier.