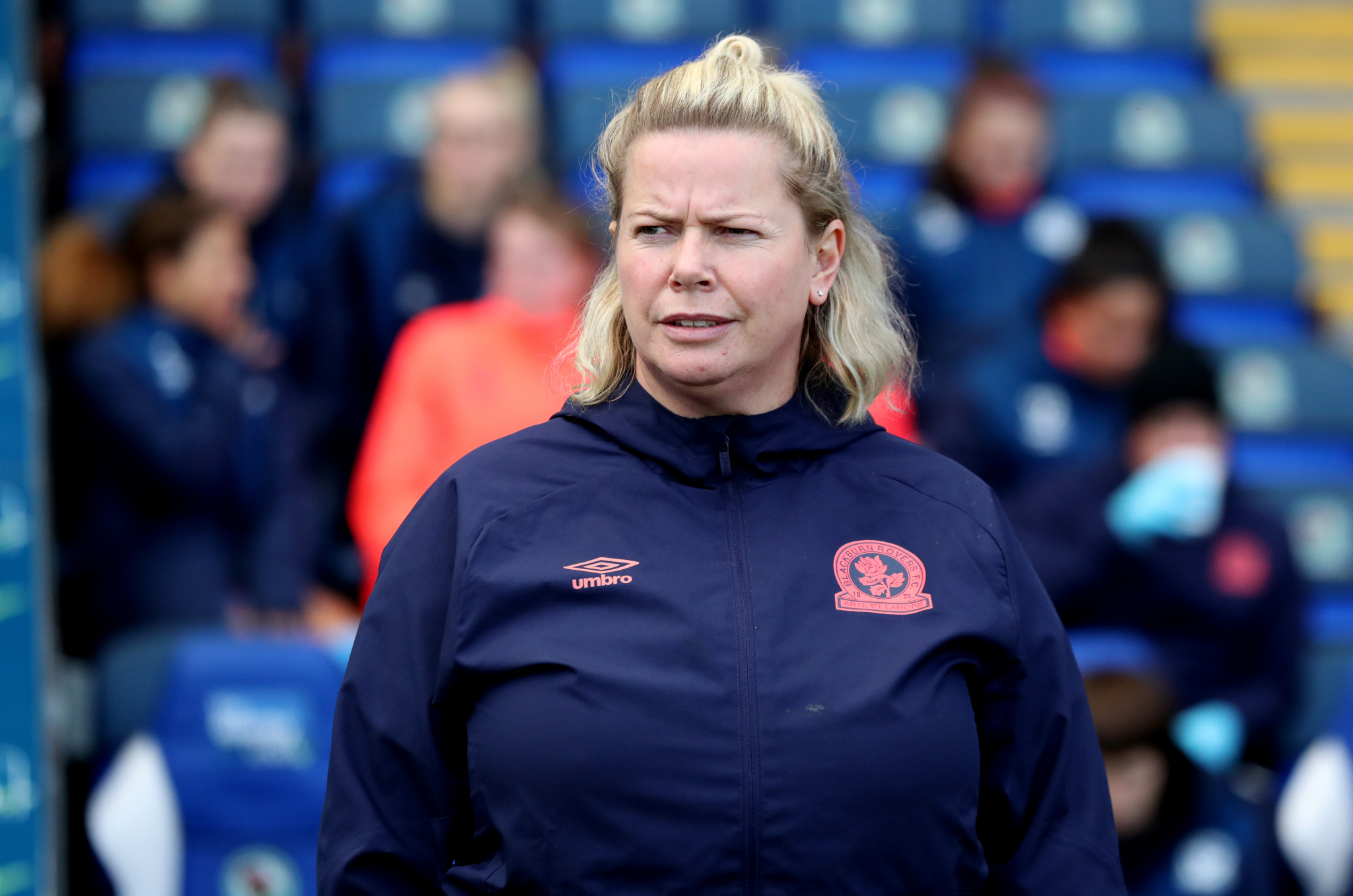 In this interview, Impetus editor Ben Gilby talks to Blackburn Rovers’ Head of Women’s and Girl’s Football/First Team Manager Gemma Donnelly about how the club has progressed in recent years and the relationship between the men’s and women’s sides at Ewood Park.

Blackburn Rovers are an example that hard work, effort and determination pays off. After rubbing shoulders with the top women’s clubs in the sport, the club experienced a challenging period, as the club’s Head of Women’s and Girls Football and Ladies manager Gemma Donnelly explains: “It’s been a rocky road, it’s had highs and lows, probably not dissimilar to any football journey really. There are so many stories to tell, from being promoted from the old Northern Premier League into the National League. That was a momentous occasion which enabled us to compete with the likes of Arsenal and Chelsea to then the introduction of Super League of which, up until the last day, Blackburn were involved in all of the consultations and considerations into integration into the Super League, and at the time the club were just being sold from the Jack Walker Trust, so it didn’t happen for us as it was a little bit of an uncertain time. Consequently, the season after we were relegated from the division that sat just below the Super League because the majority of our players left to go to the Super League. Then we got promoted back again quite quickly having rebuilt. There was then talk of introducing Super League Two of which we were a consideration. Again, the club decided it was not the right time to do it, and so we got relegated again because all of our players went into Super League Two.”

It was at this difficult period that Donnelly took over the reigns of the first team: “It’s been five years of absolute highs and lows with winning the league and so many trophies to fall at the final hurdle in the Championship play-off. Then, with the changes at the FA and the requirements to get into what is now the Championship, it meant that if you won, your application had to be deemed suitable. We did the hard work of winning it for the third year in a row against all odds. It was then down to the club to make a decision as to whether we would move forward with a licence application having failed the year before. It’s just been a number of years of ups and downs. Now we’re in a position where we are in the Championship, it’s our first season. Yes, we’re finding it tough, but we need to learn a trait of fighting for every single point. It is a little bit stressful, but I’m enjoying it, as are the team, and we look to build towards becoming a greater force moving forward.” 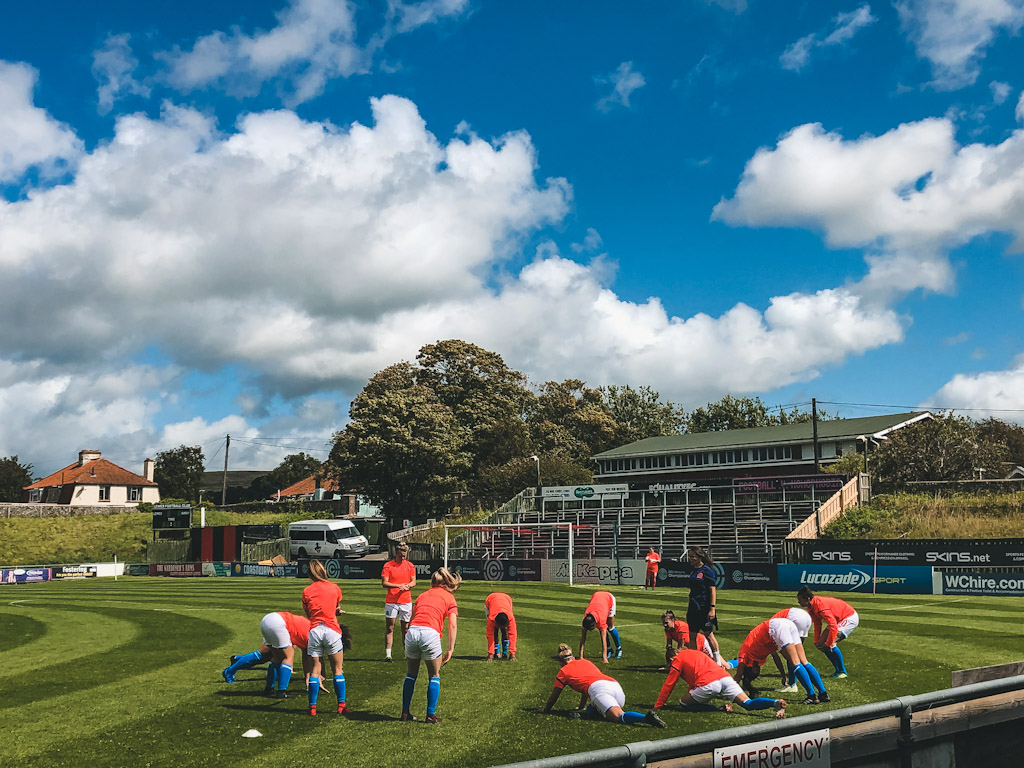 When I asked Donnelly about what she considers have been the key to the club’s success over the past few seasons, she was clear: “Consistency of both team and staff. I don’t mean keeping everybody all of the time – you need to ensure you find a strong nucleus and continue to build. Never be afraid of change. There needs to be a “slowly, slowly” approach. We’ve had some really good managers at the club that have moved the club forward and combined with youth and experience with huge passion to drive the game. Of course the support from the football club which has been monumental in pushing us forward as well. All those factors are huge contributors to our success.”

Blackburn Rovers’ head of women’s and girl’s football is also clear about the importance of always pushing for more: “I firmly believe that you really need to have someone who is passionate at the front constantly nagging at people to drive it forward. Certainly for the past five years, that has been me, and I do not let up. I just keep going. We’re had some really tough times, but in that, we’ve enjoyed some amazing moments as well. Everyone that I have on board has aspirations to do as well as they can, and that aligns with my own aspirations.” 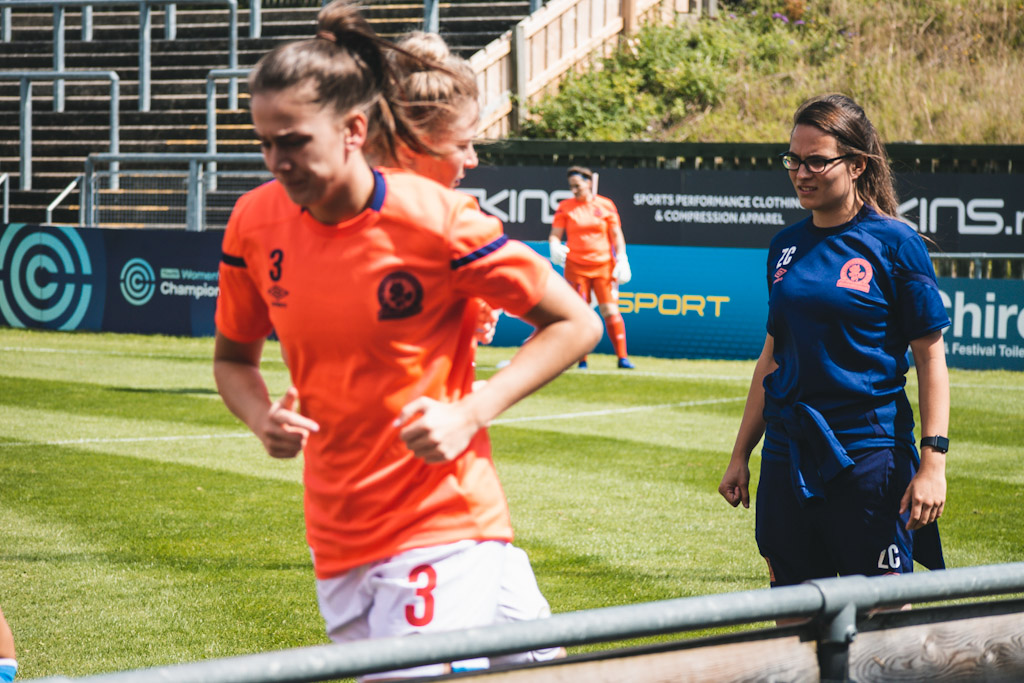 The team have had some great results in recent time, none more so than last season when a league and cup double was secured, and there were some memorable moments in the process: “It was nice to win the League Cup. It was away at Burton in a nice stadium. Crawley Wasps had had a really good season and we anticipated that they were going to be a really good challenge for us. For the first thirty minutes or so they were, but we kicked on to another gear and we outplayed them. They were a tough task, but it’s always good to win the League Cup and regain it as well as that’s extra pressure. In the league, bar the game against Sunderland, who finished second behind us, it was almost an unbeaten season again. Sunderland definitely gave us a kick up the bum (by beating Rovers 3-0). From the game after that, when I think we played Guiseley on the Tuesday afterwards, we were looking for a response from the girls. I remember standing in the changing room saying: ‘This can go either way, you know. If I were to change the team based on your performance last time, I would have to change every single one of you, as you were all dreadful against Sunderland.’ But I stuck with the same team and we won 5-0. It was a bit of a brutal performance really because we took no prisoners. That stands out for me. It was the comeback from a battering on the Sunday.”

I then turned to the relationship between the men’s and women’s sides of the club at Blackburn. Donnelly said: “My relationship with them (the parent, professional men’s club) is good, but as I alluded to earlier, I am constantly wanting more, because that is the nature of being a female – whatever you have got is not good enough. I look forward to the day when we are full time and training at the senior men’s training centre and we’re having lunch before or after them men and that all the staff are full time and we get to be in a position where we’re not scrapping around for resources and begging, stealing and borrowing from different departments. I think it will evolve as the exposure of women’s football increases. The club are hugely supportive, but they do not have a bottomless pit, so we’re very shrewd and resourceful with what we do have. I do dream about the players being full-time, and the staff being full-time and having our own training venue. Teams that are in that position are very fortunate and I would love to be there someday. I don’t know when that day will be, or if it will be at Blackburn, but that’s the dream.”

With Blackburn back in the second tier of the women’s game, I asked Donnelly about her aims for the season, “Our aim is not to get relegated. I hadn’t anticipated the success of the Women’s World Cup or the injection of some money from parent clubs, and how it would have an effect on domestic club football. If you’d asked me the same question at the back end of last season, I would have suggested we would have been a mid-table or top half of the season team. Yet it’s been a complete change over the summer. It’s been a huge push-on from everyone else, so our target is not to be relegated and then to build on that. It’s going to be a scrappy season but I have every faith that that’s what we are going to do.”

Looking at the Championship more widely, Donnelly observed: “With the money that has been injected, there is now a wide hybrid range of clubs in the division. You’ve got some clubs offering full-time contracts with part-time players as well, so their players train all week at their parent club and use their facilities. The part-time players come in during the evening for training two or three times a week. To the other extreme, there are clubs in the division with no players on contracts and just some expenses paid, some not paid at all, so there’s a huge difference between the top end and the bottom end. Money can attract the right type of player in terms of playing quality, but it can also attract the wrong type of person too – the type of person who is only in it for the money. That’s football, isn’t it!”

Looking at the FA Women’s Championship, Donnelly observed: “With the money that has been injected, there is now a wide hybrid range of clubs in the division. You’ve got some clubs offering full-time contracts with part-time players as well, so their players train all week at their parent club and use their facilities. The part-time players come in during the evening for training two or three times a week. To the other extreme, there are clubs in the division with no players on contracts and just some expenses paid, some not paid at all, so there’s a huge difference between the top end and the bottom end. Money can attract the right type of player in terms of playing quality, but it can also attract the wrong type of person too – the type of person who is only in it for the money. That’s football, isn’t it!”

The Rovers manager also pointed out the emergence of a new phenomenon in the women’s game: “There’s been an influx of interest from agents to promote their players to us this season, which has been a new experience! Millwall of last season are now London City Lionesses and have had a huge injection of cash, the players are all full-time and salaried, so it’s completely different from where we’re currently at, training eight hours a week over three evenings and we’re expected to compete in the same league, so it’s going to be tough. There’s pros and cons of that. We’re learning because of that and we’re experiencing adversity but we’ll learn from these experiences and the positives from that are it will help us moving forwards. The negatives are that it’s hard work. None of us hide from that, it’s the mental toughness that probably was a little bit unexpected, particularly after having so much success in recent times.”

To read the rest of the interview click here.