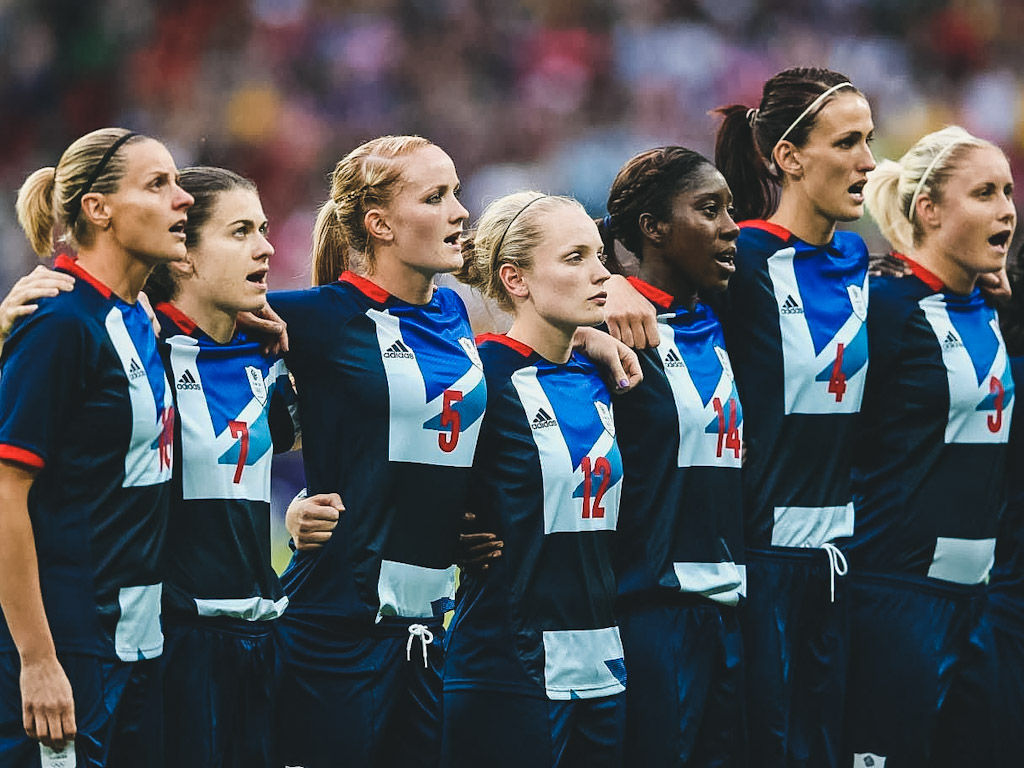 After finishing 5th in the London Olympics in 2012 and not being involved in Rio 2016, England’s performance during the 2019 World Cup ensured that Team GB would have a Women’s Football team travelling to Tokyo this summer.

Unlike the Men’s Olympic Tournament, where teams are only allowed 3 players over the age of 23, there are no player-specific restrictions for Women’s teams. Squads must be made up of 18 players, including 2 goalkeepers, and 4 alternate players are to be named to replace any injured players during the tournament. For Team GB, players can be selected from England, Scotland, Wales and Northern Ireland. After the Lionesses secured Teams GBs spot, manager Phil Neville was selected to take the reigns for the tournament. In 2012, all but 1 of the players selected were from the England team, with Scotland’s Kim Little taking the last space. Of those players, 6 are still playing at the highest level and could be in contention for this year’s games.

With Neville in charge, it’s likely that a large part of the squad will be from England once again, with captain Steph Houghton in the running to take the armband in another major tournament. However, after Scotland’s performance in the World Cup, I would hope that a larger number of their players would be up for consideration.

The goalkeeping position is probably the hardest to predict, with the least amount of spaces available but a wealth of British talent to choose from. Scotland and Glasgow City keeper Lee Alexander made an excellent account of herself on the biggest stage, after performing well for both club and country in her career, and I believe she is more than deserving of a spot in the team. With 2 places in this position, I imagine at least 1 will be taken by an English keeper. However, since the World Cup Manchester City’s Karen Bardsley, who was in the Team GB squad in 2012, has been sidelined through injury and it hasn’t been clear who Neville considers his ‘Number 1’ without her. Carly Telford and Mary Earps have shared the job between the sticks in the recent friendlies, with Bardsley’s City teammate Ellie Roebuck also receiving call up’s.

If Neville was to base his decision on current club performance and minutes, Roebuck is the obvious choice for the position. Even at such a young age, she has stepped into the Number one position at City and has been an integral part of ensuring they remain near the top of the league table. Despite Mary Earps now playing regular football, since her move from Wolfsburg to Manchester United in the summer, her performances for both club and country have been inconsistent. However, much improved with more minutes under her belt. The most experienced keeper Neville has at the moment is Chelsea’s Carly Telford, who is currently not guaranteed regular game time at her club. Despite being experienced, Telford doesn’t have a great deal of major tournament experience, only making her World Cup debut last summer.

With Karen Bardsley still not 100% fit after injury and having played no games for several months, I would hope to see Ellie Roebuck and Lee Alexander as goalkeepers for this tournament.

Joining the goalkeeper at the back, the squad need a solid defensive unit. England’s defensive play under Neville has left very little to be desired in a large number of games, so this position could prove to be his most important to get right. If Steph Houghton, another member of Team GB in 2012, is to take the armband for the Olympics, it almost certainly means 1 place in the starting 11 is already filled for every game. Typically Chelsea’s Millie Bright has joined Houghton to make up the centre back pairing for England, with Arsenals Leah Williamson filling that position in England’s most recent friendlies. Williamson has been one of her clubs best players this season and was unfortunate to receive very few minutes during the World Cup. If Neville chooses to select experienced players for his squad these 2 players, especially the latter, may miss out.

As one of the best defenders in the world, Lucy Bronze has more than earned her spot in the squad, and would be a massive asset to Team GB. However, she is also one of Nevilles biggest experiments, finding herself in midfield more often than defence. Hopefully, after struggling so much in this area of the field, she will be able to play where she is best in this tournament. Neville’s other English options are Demi Stoke ms and Alex Greenwood, who usually alternate in the right-back position, and Rachel Daly. Daly is an extremely versatile player, who plays up front for her club team in Houston.

Looking further afield, Neville could call on Scotland’s captain Rachel Corsie or Arsenal’s Jen Beattie to fill his defensive spots. Both have been playing well for their club teams, however due to the season schedule in the NWSL, Corsie hasn’t played a large amount of competitive football recently. He could also be looking to Wales and Chelsea defender Sophie Ingle. Ingle is a very experienced player in the game and would bring a lot of talent to the squad.

In the pool of midfielders who could be selected, 3 played in the 2012 Olympics. England’s Jill Scott and Scotland’s Kim Little are still very much involved in their national teams, and whilst Fara Williams hasn’t been playing at international level recently, Neville has said the door is always open for her to return.

For their club teams both Arsenal’s Kim Little and Jordan Nobbs, and Manchester City’s Jill Scott and Keira Walsh are often found starting together in midfield. Given the time before the tournament they will have to prepare, Neville may be wary of picking players that haven’t played together for their club or country before, and these pairings would create a strong core for the starting 11. Georgia Stanway and Scotland’s Caroline Weir, who both also play for City, would provide a more attacking midfield role, and the ability to score goals. Another midfielder with the ability to score is Chelsea’s Erin Cuthbert. She would provide pace and strength in the midfield, and was another player who had a very good World Cup with Scotland. Other players that could be considered are Northern Ireland’s Rachel Furness and Wales’s Jessica Fishlock. Fishlock is currently recovering from an ACL injury, so it’s unsure if she will be fit come the summer.

The position with arguably the most in-form players at the moment is the forward position. There are a number of older, more experienced strikers who would provide goals, however it’s younger players who Neville should be looking too to fill this position.

Potentially the most in-form English striker playing in the WSL this season is Chelsea’s Beth England. She was very unlucky to miss out on the World Cup squad, but has received call ups to every squad since. Another Beth hoping to make the Team GB squad is Beth Mead. The Arsenal striker has become the ‘Queen of the Crot’ over the past year, scoring some fantastic goals for both club and country, and is highly praised by Neville.

Ellen White, Nikita Parris and Toni Duggan have all featured in England’s attacking line for some time, with White being the last of the 6 current players to feature in 2012. All three players have recently moved to new club teams, with White and Duggan picking up injuries that mean they’ve missed at least one England camp since the World Cup. Another of England’s regular strikers is Jodie Taylor, however her International career could be coming to an end, after her performances at both club and country level have become more inconsistent and infrequent.

Scotland also has some impressive talent up front in the form of Arsenal’s Lisa Evans and the Orlando Pride’s Claire Emslie. Evans’s wing play has set up a large number of Arsenals goals this season, and she and Mead could replicate their club partnership at an international level. Whilst Emslie has pace and an eye for goal, scoring Scotland’s first World Cup goal last summer. Another possibility up front could be Welsh international Tash Harding, another very experienced international player, currently captaining Reading.

After England’s 2020 She Believes Tournament, and the March international break, the task for Neville and his team is monumental. It’s easy to select older, more experienced players when there are very few places in the squad. However, I believe this squad would benefit from a range of younger talent. Both as a way of bringing fresh energy and to set a benchmark for the future as the team prepares for the Euros in 2021.