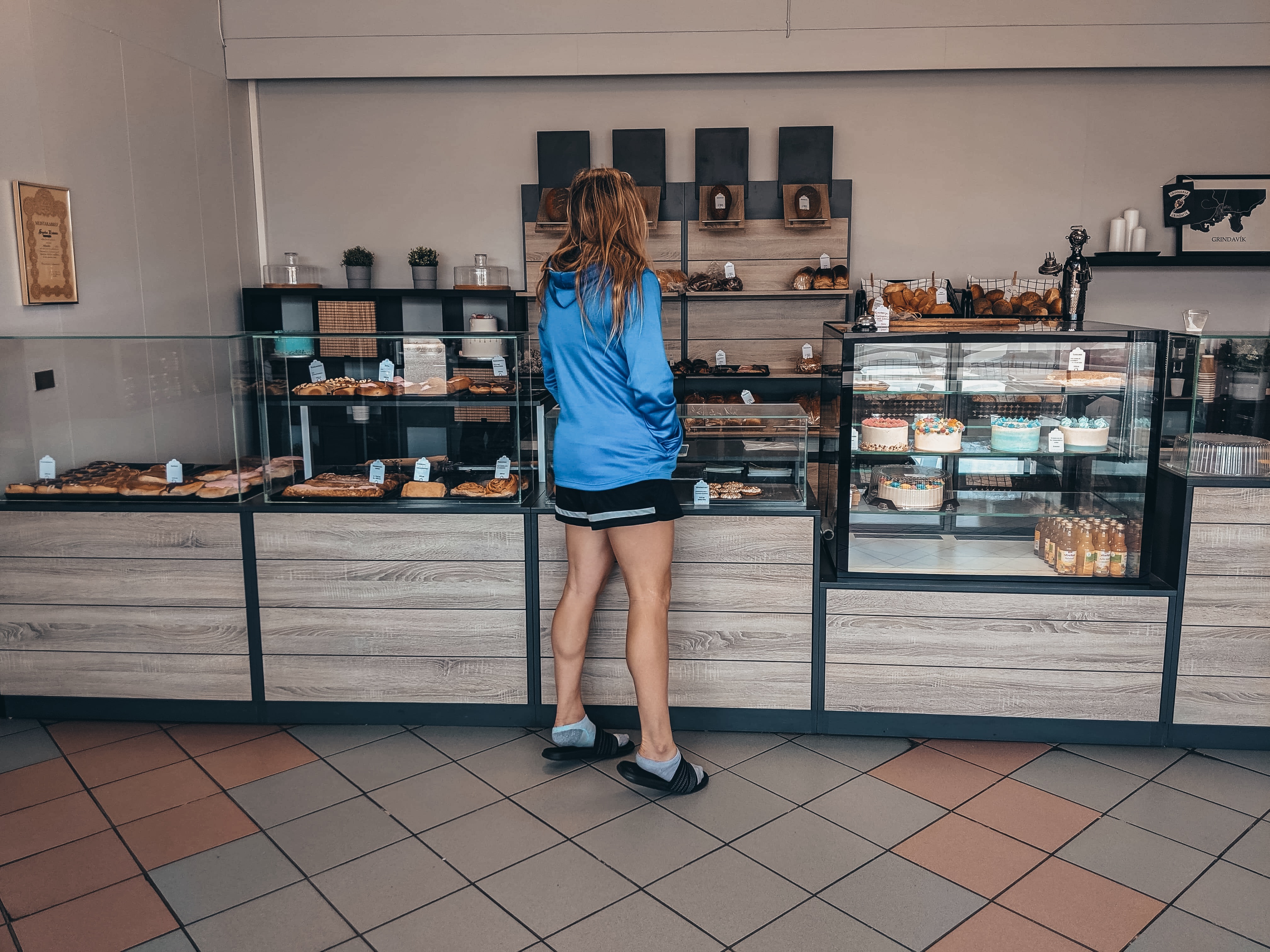 Home. A single word consisting of four mere letters, yet a concept that holds so much weight in the world. Is home a place? Is it your friends, your family, those that you love? Or is it four walls that stand to protect you from the torments of natural weather? When moving across the world for a period of four and a half months, I’ve set to create this home away from home, and with it the same comforts I knew back in the United States. Yet when living on a small island inhabited by just over 350,000 people, it can be difficult at times to create the same feeling of normalcy and habitual living I once was accustomed to.

Upon arriving in Grindavik, Iceland, located on the South-western portion of the island, it was agreed in my contract that I would be given a house to live in with two other roommates; an all-inclusive housing arrangement if you will. With that being set, the money I made from playing football would go towards amenities that I deemed necessary; food, gas, and leisurely activities.

Living with two other Americans, we were also given a rental car to split between the three of us, with the only stipulations being that we were allowed 1500 kilometers a month on the trip gage and had to pay for our own gas. It was quite the deal for living in a quaint, seaside fishing village. Having lived in Southern California my entire life (besides college), this was a huge transition from crowded living to open space- and much better too.

One of the most interesting aspects of my contract is that as a member of the Grindavik team, I am allowed to have unlimited access to the local bakery and can have any of the freshly made breads or pastries. As a player on a budget, this was wonderful news. Though I didn’t eat much bread back in the states, the quality and taste of it here is simply so much better; one can tell all of the ingredients are fresh and made the day of.  After ‘work’ my fellow American teammates and I would go on ‘bakery runs’, trying all of the different breads and a few pastries a few times a week. Nothing says, ‘small town’ like a local bakery and getting to know the people who work there because of how often we frequent it.

With Iceland becoming such a large tourist destination within the past decade, as well as with the presence of a United States military base, English is the second most common language on the island. Advertisements, radio stations, directions; many small details can be read easily, and if written in Icelandic, asking someone for help is no problem since nearly all of the local people speak English. The most prevalent ‘barrier’ that I’ve come across while living here has simply been grocery shopping. For the most part, many of the products at stores do in fact have English translations on the back, but if not, one can sometimes figure it out based on contextual clues and pictures provided on the packaging. I’ve only made occasional errors such as buying rye flour for when making homemade banana bread instead of that of wheat (rye works! It’s just not the best).

The currency here has also been a learning curve in comparison to the United States dollar too. Instead of having a currency in which change equates to full dollars (eg. one hundred pennies or pence equals one dollar or pound), Icelandic currency simply uses singles values. So, something that costs ten dollars would be one thousand krona (approximately given the current exchange rate). Trying to do these conversions in your head can be difficult sometimes, but in the end isn’t ridiculously expensive when converted into U.S. dollars.

To friends and family, I compare prices being similar to healthier market options back home; Sprouts, Whole Foods, Fresh Market. Sales have been a blessing though, and often times I will walk to the market in hopes that meat such as chicken is on sale (900 grams of chicken costs 1,698 which is nearly 14 US dollars; and that’s only three chicken breasts!). So yes, even though things are fresher here, often times they cost an arm and a leg for it.

In comparison to the training facilities I was accustomed to at university while in the States for the past four years, Iceland has proven to be very similar. In college, my home pitch was an artificial turf, and thus that was we practiced on nearly every day. Only occasionally when a team my college was playing against had a grass pitch did my team move to the field below us to once again get accustomed to grass prior to game day. It has been the same as well, but inversely. On a daily basis Grindavik does in fact practice on a grass pitch (which I prefer, especially being a goal keeper), and only a few days before playing on an artificial pitch (or if the weather is atrocious) will we go inside.

One of the bigger adjustments I had to make was having so much free time and not knowing what to do with myself. Upon my initial arrival, my only obligation was to attend practice daily, which began at six o’clock every night. I would go to the gym in the mornings, walk around the town, and simply stay at home for a large portion of the day. In comparison to being back at university, I was busy from sun up to sun down: morning weight sessions, classes, practices, and obtaining hours for my major, athletic training. It wasn’t until June that us three ‘foreigners’ were given a job on the club grounds of attending to a few of the facilities: cleaning, mopping, washing and folding laundry. If anything, I will leave Iceland a professional cleaning lady too!

Simple household jobs to keep us busy and the facilities looking clean. I’ve thoroughly enjoyed having some kind of job each day; for I finally feel as though I have a purpose, which was something I struggled with when arriving here. I initially had a difficult time accepting the fact that my life was to simply play football (soccer) and workout.

Has it been difficult to essentially build a home in a different country, thousands of miles away from what I consider to be my home? I can most certainly attest to yes, it has been. Yet with time, everything begins to settle into place, similar to the world after a storm. The worst has passed, and my story can be seen with a new eye, as if given life and renewal. I am elated to explore more of this beautiful country, continue to play the sport I love, and experience more of what this wonderful planet has to offer.