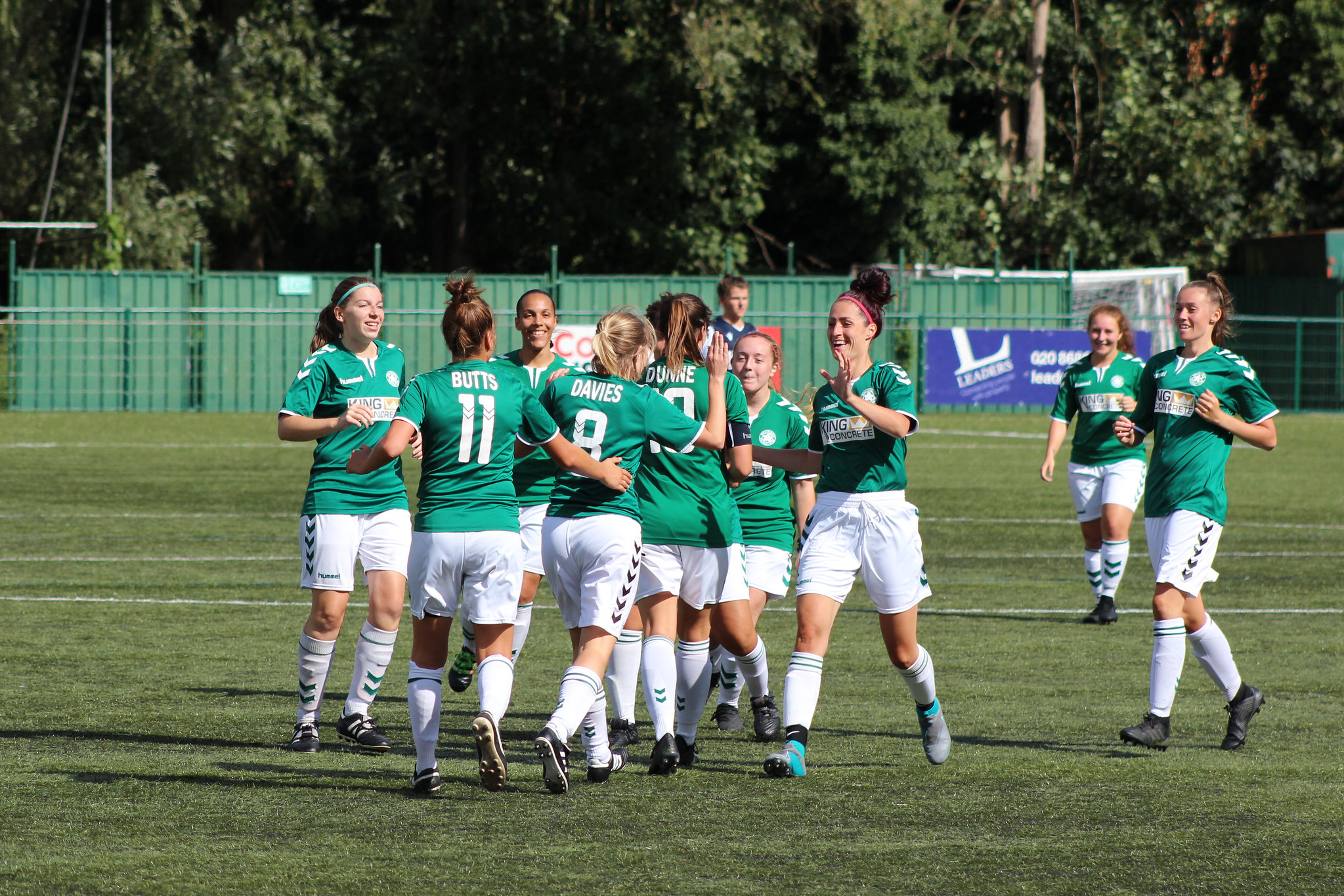 Impetus editor Ben Gilby spoke to Whyteleafe manager Charlie Bickell about the rise of the side from the border of Croydon and Surrey to the fifth tier London & South-East Regional Premier – all achieved by playing the game the right way.

Charlie began the piece by outlining the rapid rise of Whyteleafe Women since they formed in 2016. “Our journey so far has of course had its ups and downs but we have achieved so much within a relatively short space of time. It feels like we have been around a lot longer than three and a half seasons! Since the formation of Whyteleafe Women, we have seen a new U12 girls’ team formed, the first in the history of the club. We have also seen rises in the number of girls attending our soccer camps and other foundation projects.”

The establishment of a women’s side at Whyteleafe was one centred on a clear aim – one which the club were public about from the start: “When we started the women’s team we wanted to create a level of professionalism that you wouldn’t find at the bottom level of the women’s game”, explains Bickell,  “We tried to make a big noise on social media which also helped us gain some really good players. We have risen through the divisions quickly and that’s all down to the work of the players and my coaches. We have been very fortunate to work with some really good players whose dedication and quality have gotten us to where we are today. Some of those girls are still with us now some have moved on to play at a higher level and we are extremely proud of those girls and we continue to follow their development.”

It was the staff at the East Surrey club that have formed an important part of the club’s growth. Bickell admits: “As a manager I’ve been very fortunate to have really good coaches to work with. Harry Martin was my assistant in the first two seasons and the work he did on and off the pitch was vital to our success. Now I have a new assistant Fred Wright who’s also been great to work with and he’s bought different qualities to the group. We have a tremendous spirit at Whyteleafe and I think that has had a huge impact on what we have done. Every player who’s worn the shirt has been as important as anyone else and it’s been a privilege to work with all of them.”

There may well have been a lot of success coming Whyteleafe’s way so far, but their ethos is a long way from success at all costs. For Bickell and his coaching team, it’s all about playing the beautiful game the right way: “Our aim is to play our football. If we win by playing our football then we are really happy. If we don’t then we try to perfect our style and improve. I don’t believe any other team in our league (London and South-East Regional Women’s Premier – tier five) plays like we do. We have set principals and we don’t deviate from these. We face a lot of teams who are direct and there’s nothing wrong with that but that way of playing isn’t for us. If our football can help us challenge for honours then that is success for us.”

The huge growth in the profile of women’s football since the World Cup has led to growth in the numbers of young girls attracted to learning the game and honing their skills at Whyteleafe as Bickell explains: “There’s definitely been more interest in young girls through tournaments like the World Cup. Through the work the club does in the community that’s really clear as the number of girls participating has increased which is fantastic to see. We do get some supporters at our games obviously it would be great to get more, but I feel that still people have this idea of women’s football that’s not really correct if they just went to see a game I think they would be surprised. As for sponsors we do have a few and we are so grateful for those otherwise Whyteleafe Women wouldn’t be here now. We depend on the kindness of local companies to keep us going, we hope we can add more sponsors because financially that would really allow us to push to the next level.”

With the club now just one division away from the FA Women’s National League, the challenges that Whyteleafe are facing both on and off the pitch are getting on and off the pitch are growing. “We have to compete with teams like QPR and Dulwich Hamlet who have brilliant backing from their clubs and that’s so vital at our level of football because those are the teams who will probably get promoted. Off the pitch every season trying to keep the team going financially is a problem. The players pay to play and we also encourage them to get an individual sponsor. Our outgoing are expensive and with no financial support it makes things very difficult. Our biggest challenge on the pitch is to keep improving our style of football. To keep pushing the players to improve individually. At the present time, there is no relationship to speak of between the men’s first team and ourselves.”

The balancing act that Whyteleafe have is to continue to push to improve their status whilst ensuring there is a sustainable future for women’s football in their particular part of South-East Surrey. “To be sustainable you need a reputation at the level of football you compete at. The work we have done has given us that so players know who we are and that’s why we have managed to sign some really very good players and players continue to be interested in signing for us. I think you also need huge commitment form the players you have and I think that if you set the right environment then you get that in return. Certainly with the situation we are in you have to be financially stable without any support so defiantly off the pitch that’s our biggest challenge in being sustainable”, points out Bickell.

In terms of where the Whyteleafe manager sees the game going over the next five years, he says: “I hope the women’s game continues to grow. To work with these girls has been something I have enjoyed tremendously and I want other coaches to be open to coaching within the women’s game. I’m not sure if the Women’s game will ever be on par with the men’s game but I want to see sold-out stadiums in the Women’s Super League and in the Championship. I want to see boys and girls having female players on the back of their shirts. As for us, I think for Whyteleafe our aim is to play in the national league, its only one promotion away but it would mean a lot to us. We also want to continue to improve the players we have and perfect our style of football.”

Finally, the conversation turned to the increase in money and support from the Premier League and Championship clubs going towards their women’s sides. I asked Charlie Bickell if he thought that would make it impossible for clubs like Whyteleafe to progress further up the women’s football pyramid: “I think that there will be interest from the people who organise football at the top to make it elitist, the prime example of that is what happened to Yeovil Town. We can’t allow money to be a road block for coaches and players to achieve. Football is a working-class sport and I think when you only make it work for people who have money this is completely wrong. I think all Premier League clubs should have a women’s team and give them the same support as they do the men, but more than that, they should have a responsibility to invest in women’s football in their local area.”