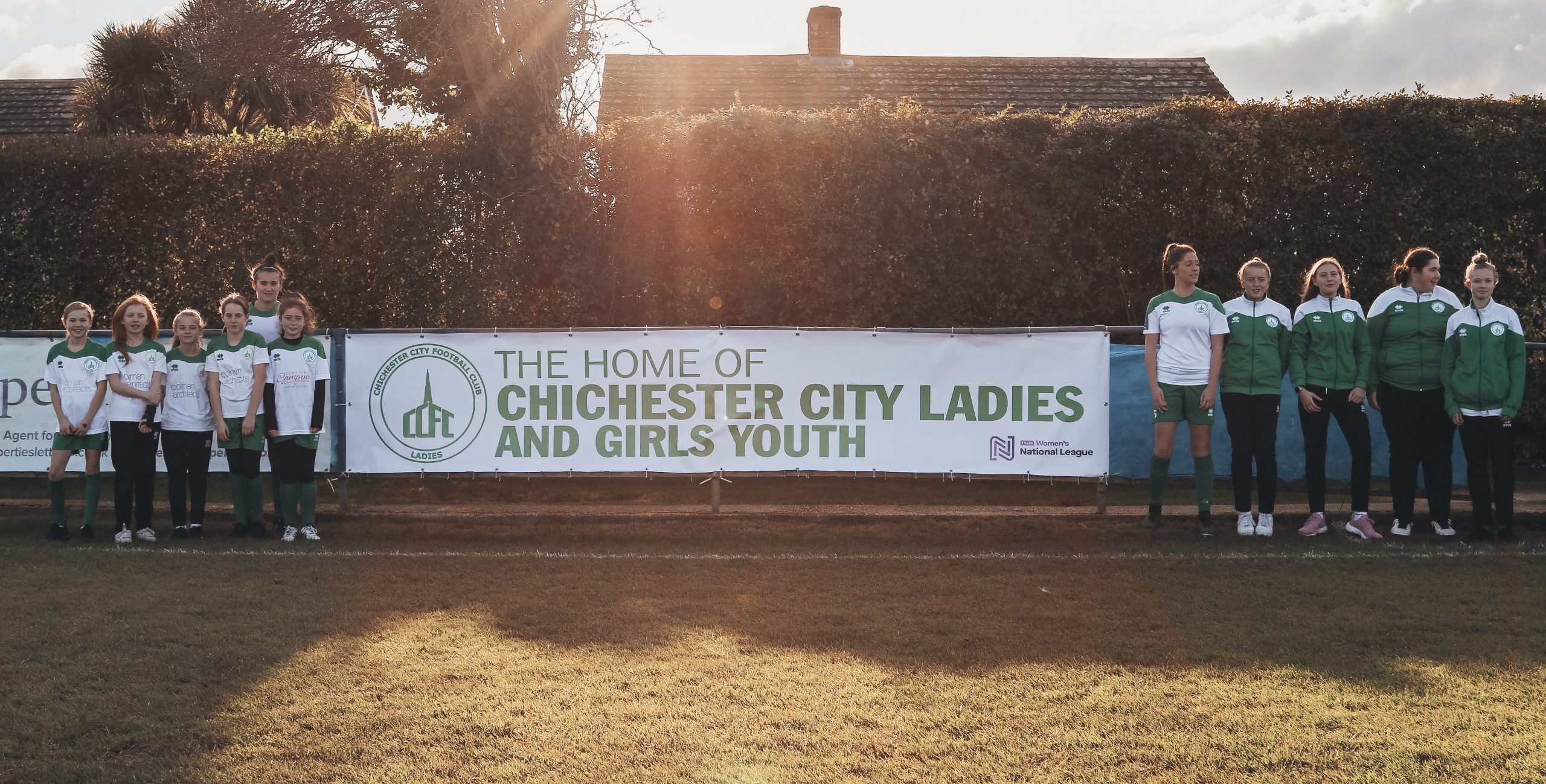 Chichester City have officially had their first game at their new home ground at Selsey FC.

Chairwoman Caz Evans said “It has been a very hard and stressful few months of continuous meetings, emails, phone calls with everyone involved with this move but we know it’s the best move for our Club.

The players (both youth and senior) are our main concern, we want every girl who joins our club to be included, accepted, valued, listened to, but most of all have a place they can call home when playing the game they love.

Our time at Oaklands has come to an end we have tried and failed to keep the Club going there and we were left with three options that we put to its committee, which the majority voted and that was time to leave Oaklands Park.”

With a couple of successful seasons under their belt and an expansion of youth teams due to high interest, Chi City were unable to keep up the finances that it costs to have 8 teams train and play at different venues across West Sussex and Hampshire each week.

To make sure all teams were able to play high-quality football and had access to facilities, Selsey FC made the club an offer they couldn’t refuse.

The whole club is accommodated with enough pitches for all youth teams to play in the same place each weekend and a high-quality first-team pitch for the senior teams to enjoy. There is also the opportunity for the club to make a profit on match-days from various outlets to invest back into the women’s game.

The club will still remain Chichester City Ladies and Girls FC, keep the same places in each league and play in green and white. The first weekend at Selsey FC was a roaring success despite the first-team being knocked out the FA Cup Round 2 to Ipswich Town.

The committee would like to thank all the fans, sponsors and local residents for their continued support of the ladies and girls. Let’s hope for a successful second half of the season and the bright future of women’s and girls football in Chichester.