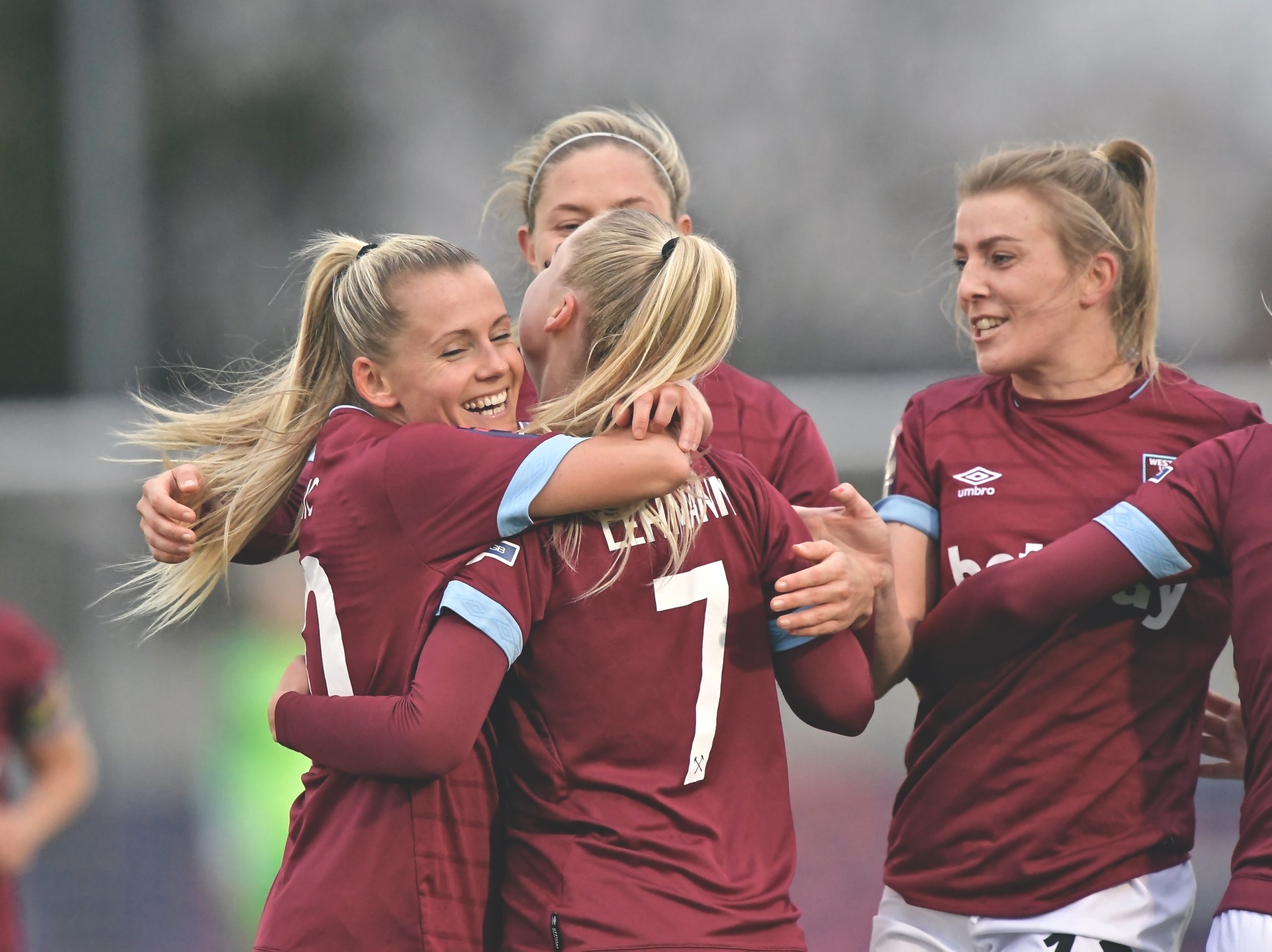 Following Bristol City’s excellent 2-1 win against an improving Liverpool Women‘s side, we made the journey to Essex for our Women’s Super League game at West Ham United’s impressive training facility at Rush Green. Matt Beard‘s WSL newcomers are a highly organised and dangerous outfit.

On arrival, we were met by two very cheerful programme vendors selling what I believe to be the best match day magazine I have seen in the women’s game. A full 30 page colour programme packed with useful information and interesting articles for only £2. It was a bargain. Inside they were celebrating Stonewalls Rainbow Laces campaign and included two player cards of Kate Longhurst and Gilly Flaherty. There was also a small portacabin to which also offered the club’s merchandise.
After sampling a fine pint of West Ham’s own brewed ale for the not so welcoming price of £5, it was time to make our way into the ground. The sparse crowd were scattered all round the neat compact stadium. There was a small stand for seating and we positioned ourselves behind The Vixens dugout.
The game started with both sides being cautious but then West Ham started to take control of the game. Alisha Lehman testing Sophie Baggerley in the Bristol goal on more than one occasion.
The Hammers broke the deadlock on 14 minutes with Lehman shooting from the edge of the penalty box and beating a diving Baggerley, who could only deflect the ball into the top hand corner of the net. West Ham went in search of another but the Vixens defence managed to hold firm and that is how the game remained till half time.
Bristol tried to up the tempo in the second half and Bristol Head coach Tanya Oxtoby brought on the young exciting duo of Katie Robinson & Heather Payne to inject some impetuous into our attacks. It seemed to work, the duo’s pace troubling the Hammers defence which contained the experienced former Chelsea duo of Flaherty & Claire Rafferty.
Rosella Ayane‘s effort just grazed the top of the bar and Robinson made some telling runs, the damage was completed on 89 minutes with a disastrous piece of defending when West Ham’s Scottish international Jane Ross intercepted a back pass and slotted the ball past Baggerley into the Vixens net to make it 2-0 to the home team, which is how it ended.
It was a very bad day at the office for Bristol City. We never seemed to get going. We lacked creativity and the goal threat we had shown last week wasn’t there. I do feel that the youthful Robinson needs a run in the team as whenever she plays she looks a threat and would be a better option at this stage than the labouring Julianne Kempi, but we have had a good season so far and Oxtoby has done a remarkable job especially with our defence.
Next up is Aston Villa in a must-win Continental cup match in our final home match of a very eventful 2018.