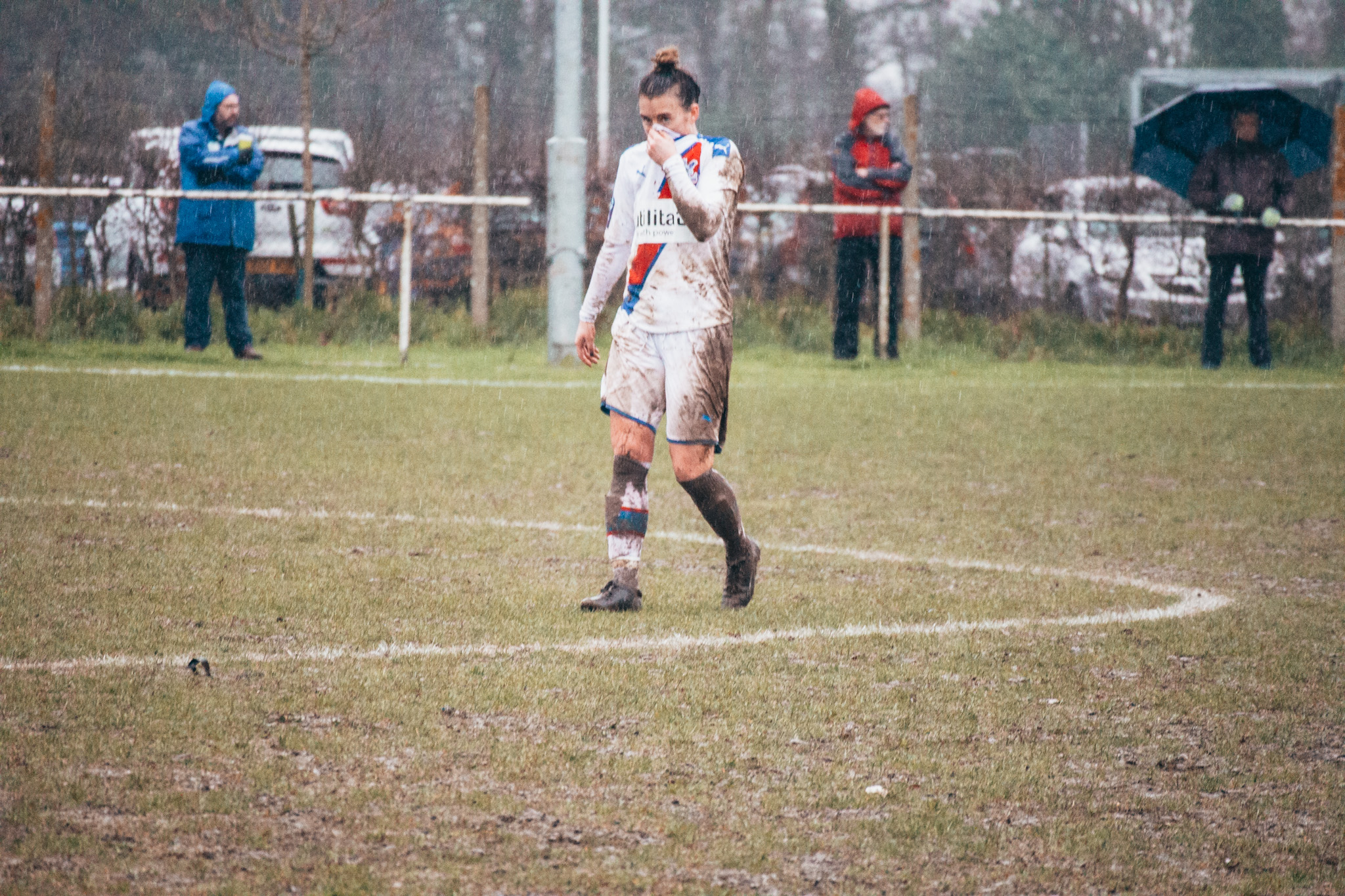 When choosing which FA Cup fourth round game to attend it was a no brainer that I took the short trip along the M27 to catch fourth-tier Southampton Women take on second-tier Crystal Palace.

Southampton Women actually won the first Women’s FA Cup final held in May 1971. They beat Scottish side Stewarton Thistle 4-1 thanks to a goal from Dot Cassell and a hat-trick from Pat Davies. Southampton Women then went on to win eight of the first eleven finals.

Just before kick-off, I was fortunate enough to catch up with the awesome Sophie and Rachel from Girls on the Ball, if you don’t happen to follow them on social media then please go and give them a follow now.

Crystal Palace started off the stronger of the two sides without really causing too many problems for the Southampton Women’s defence.

In the 28th minute, a ball was played forward to Southampton Women’s forward, Jane Yeates. I felt that she was fouled with a push from behind but nothing was given and the ball went through to the keeper, Lucy Gillet. Gillet’s subsequent long ball upfield eventually found Amy Goddard who finished well to put Palace 1-0 up.

Two minutes later Siobhan Wilson doubled Palace’s lead thanks to a great shot from the right-hand side of the box which found the top left-hand corner, giving the keeper no chance.

With Southampton Women struggling to trouble the Palace keeper and everyone generally struggling to get up and down the pitch, the first half finished 2-0 to Palace.

Four minutes into the second half Palace go for goal from a free-kick but England youth International, Rosie Kite pulled off a wonderful save, tipping the ball out for a corner when it looked destined to hit the back of the net.

In the 57th minute, Amy Goddard bagged her second goal. Kite will have been disappointed not to have gotten more behind the ball as it went in off her outstretched arm.

From then on the pitch deteriorated as the rain continued to come down, soaking all bar a handful of fans who had managed to find shelter in the stands.

With about fifteen minutes left Southampton Women’s midfielder, Lauren Clark, through no fault of her own went over twice, sliding across the turf. This wasn’t lost on the referee, Chloe-Ann Anderson, who moments later blew her whistle to stop the game.

She then went to the dugout and consulted both bosses. It took about five minutes before anyone could come to a decision but the game was rightly abandoned.

What happens next we have no idea? Officials at the ground suggested results are withheld if a game is abandoned after 75 minutes. Although it was also suggested that if the abandonment wasn’t caused by either team then it could go to a replay the following week. It appears that the Football Association will rule on what happens.  Either way, we’ll be sure to share it with you when we find out.