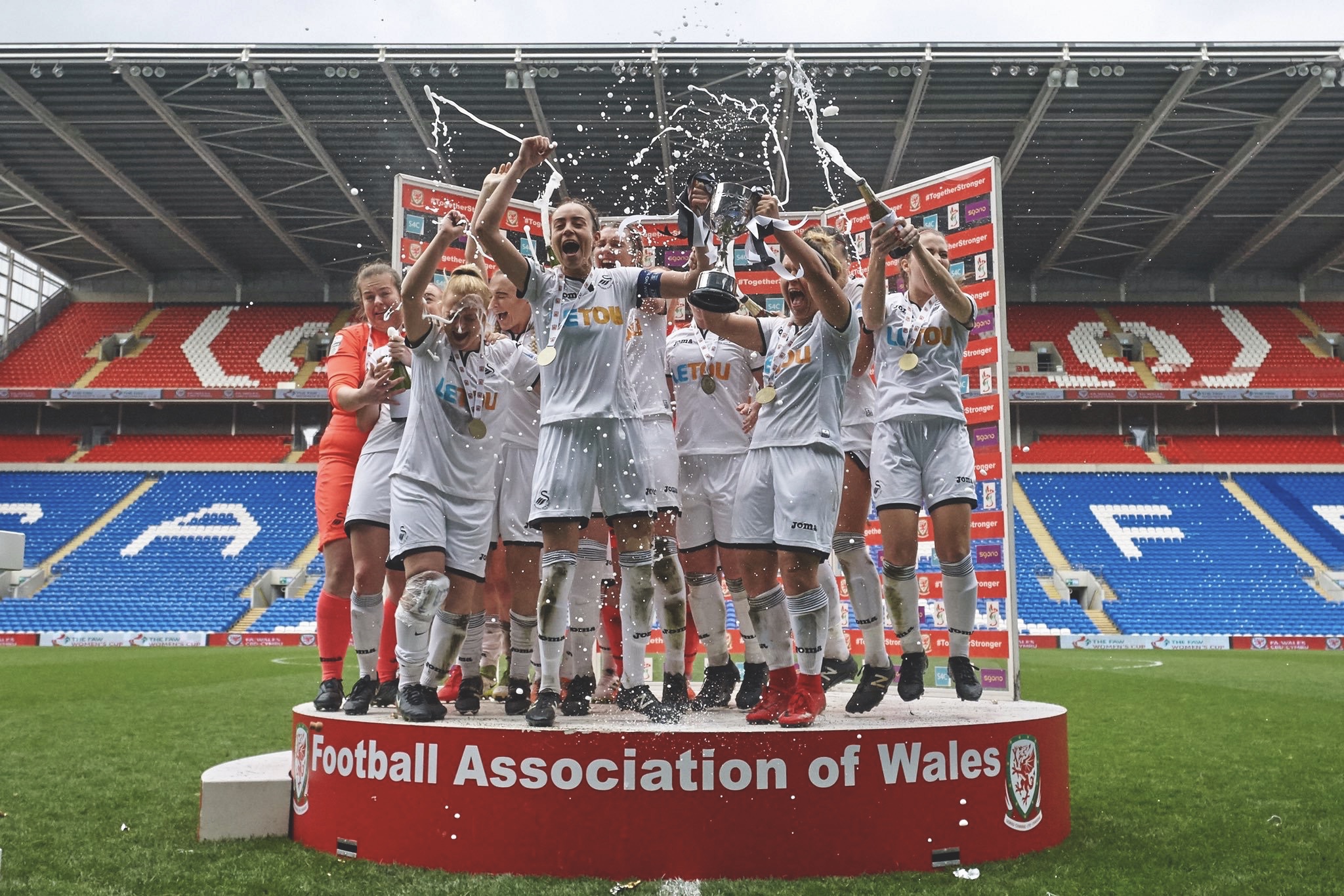 An Introduction to Swansea City Ladies

In the latest of our special series of features showcasing teams playing at all levels of women’s football, Adam Evans introduces us to Swansea City Ladies.

Since 71: Firstly, tell us about yourself and your role within the club?
This season is my first with Swansea City Ladies. It is my job on a matchday to write up the match reports and conduct interviews with the players post-match, the resulting content is then published into Swansea City’s matchday Jack Magazine for the men’s home matches at the Liberty. The pieces are also uploaded to the Swansea City website.

What league is the club in and what are the targets for the rest of the season?
The Swans compete in the Welsh Premier Women’s League. Swansea will be looking to finish the season by getting the better of fellow WPWL side, Cardiff Met as they face them in the WPWL League Cup final. If they were to win the League Cup this year, it would be Swansea’s second piece of silverware in two seasons, as they came out 2-1 victors against their rivals Cardiff City to win the FAW Women’s Cup last season at the Cardiff City Stadium.

Where can we see Swansea play their home games this season?
The home of the Swans is the Llandarcy Academy of Sport. 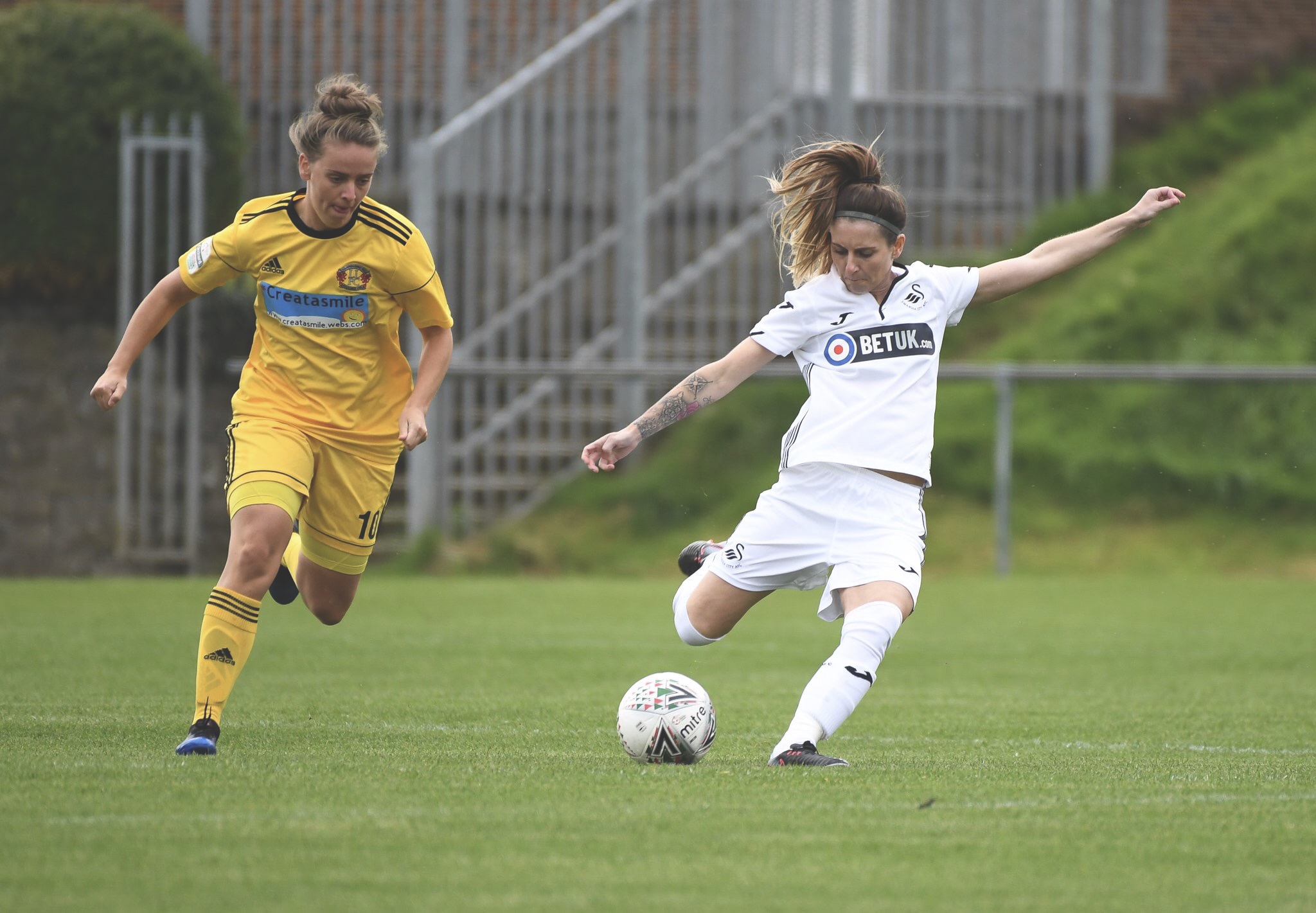 Who’s the boss?
The boss is Ian Owen, who has been with the club since the team started in 2000. He drives the team on an awful lot, as he knows exactly what a talented squad he has at his disposal and what they are capable of achieving if they play to the top of their game week in week out.

How does the first team set themselves up?
With the pace and willingness for the attackers to run in behind defences, the Swans like to exploit their opponents by playing the ball down the flanks. Depending on how the opponents set up, a possession game can also be employed to break the opposition down by playing ‘the Swansea way’. 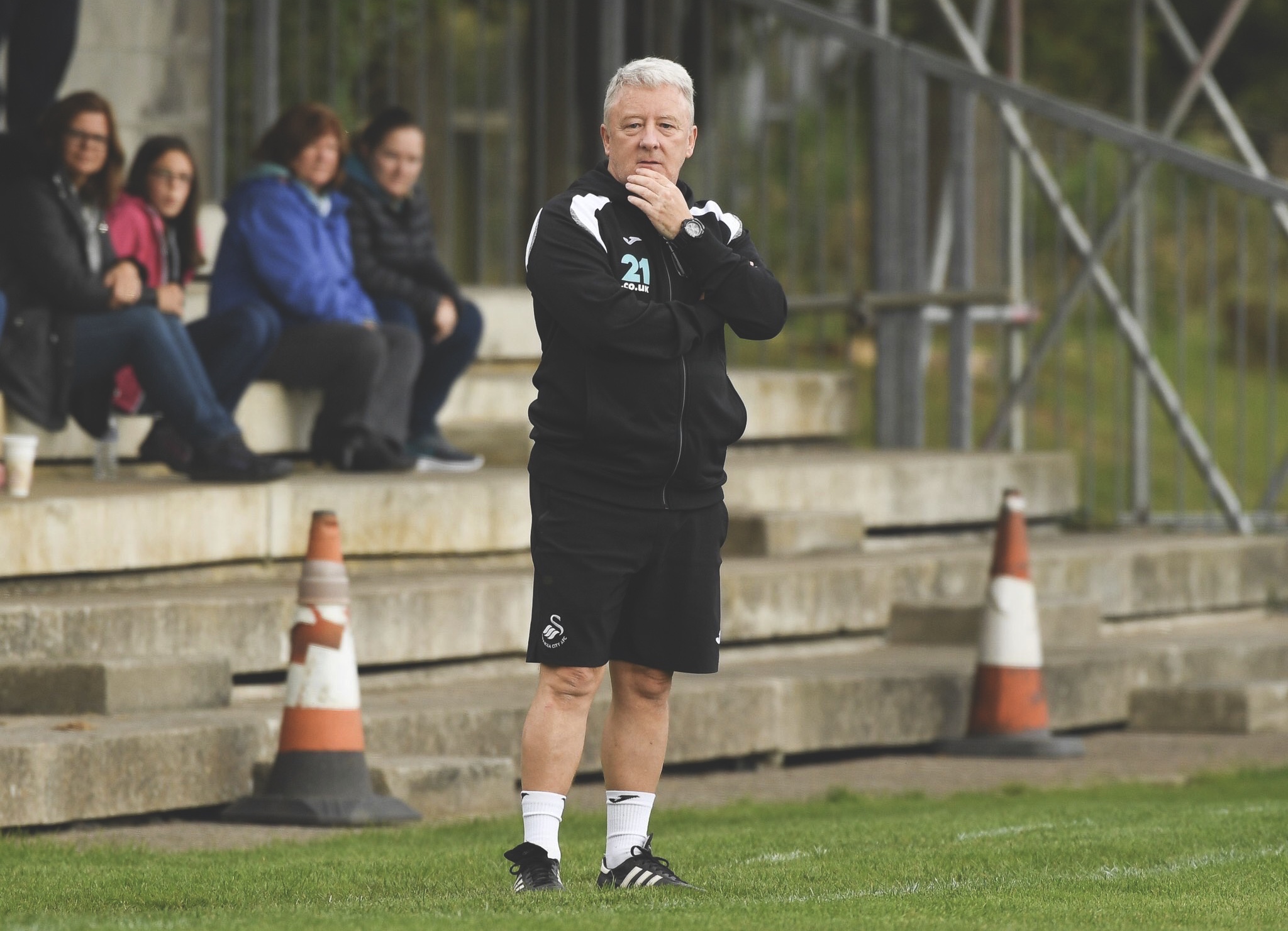 Could you tell me about your club captain and what she brings to the team?
The skipper is centre back, Alicia Powe. She is very composed with the ball at her feet and isn’t afraid to make runs forward from the back.

Teammate, Katy Hosford had only praise for the captain. “Alicia is a leader both on and off the pitch, she’s always there to pick us up if things aren’t going well and keeps us going during the match. We know she’s a solid defender who we can always rely on.” 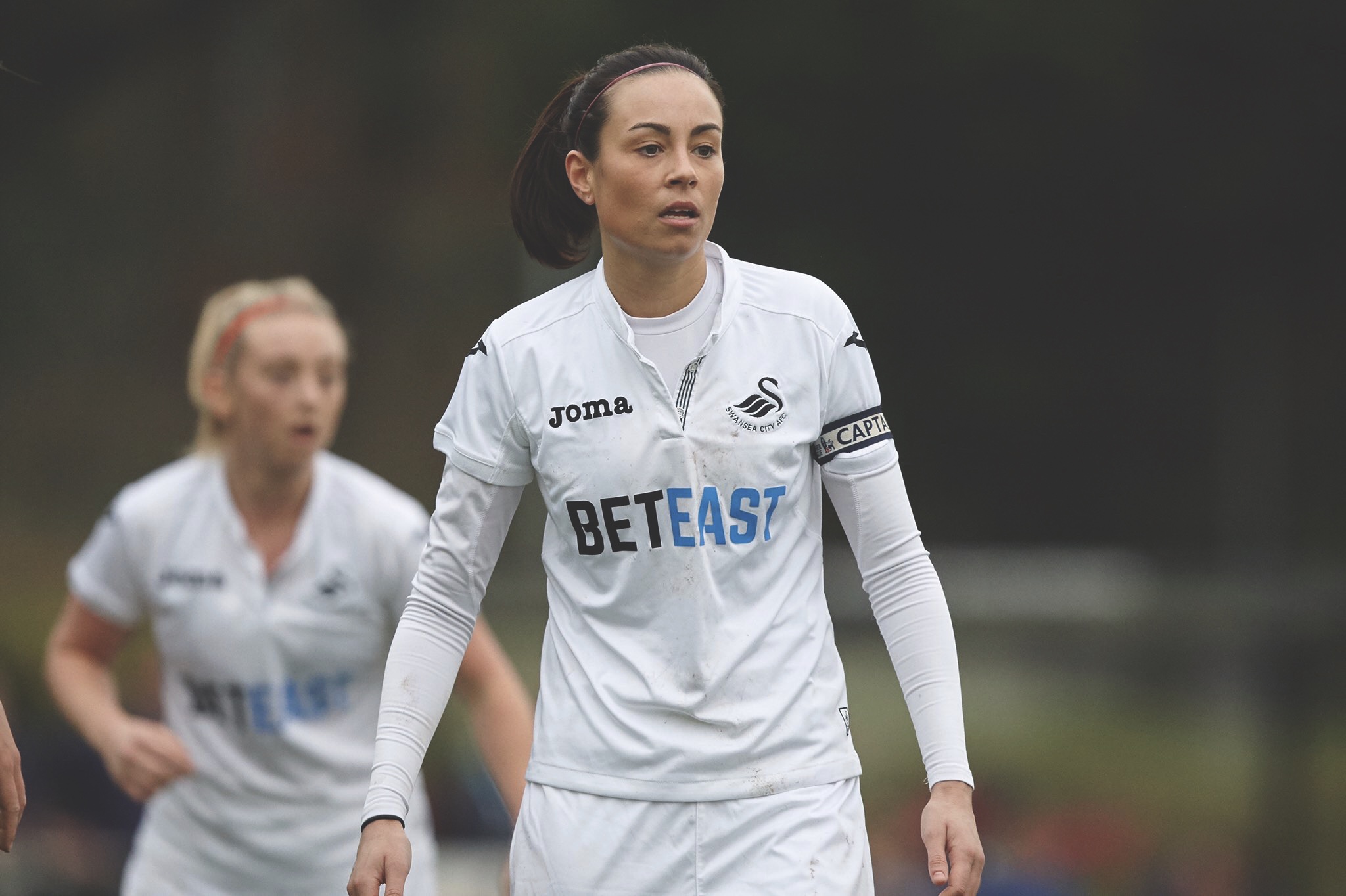 Who should we put our money on to be top scorer this season?
The side isn’t short of options for regular goal-scorers having scored 30 goals in 10 matches in the league so far, however midfielder Emma Beynon looks to be the most likely candidate to finish the season as top goal-scorer. With five matches still remaining in the league, Emma has scored a total of 8 goals in 10 appearances. 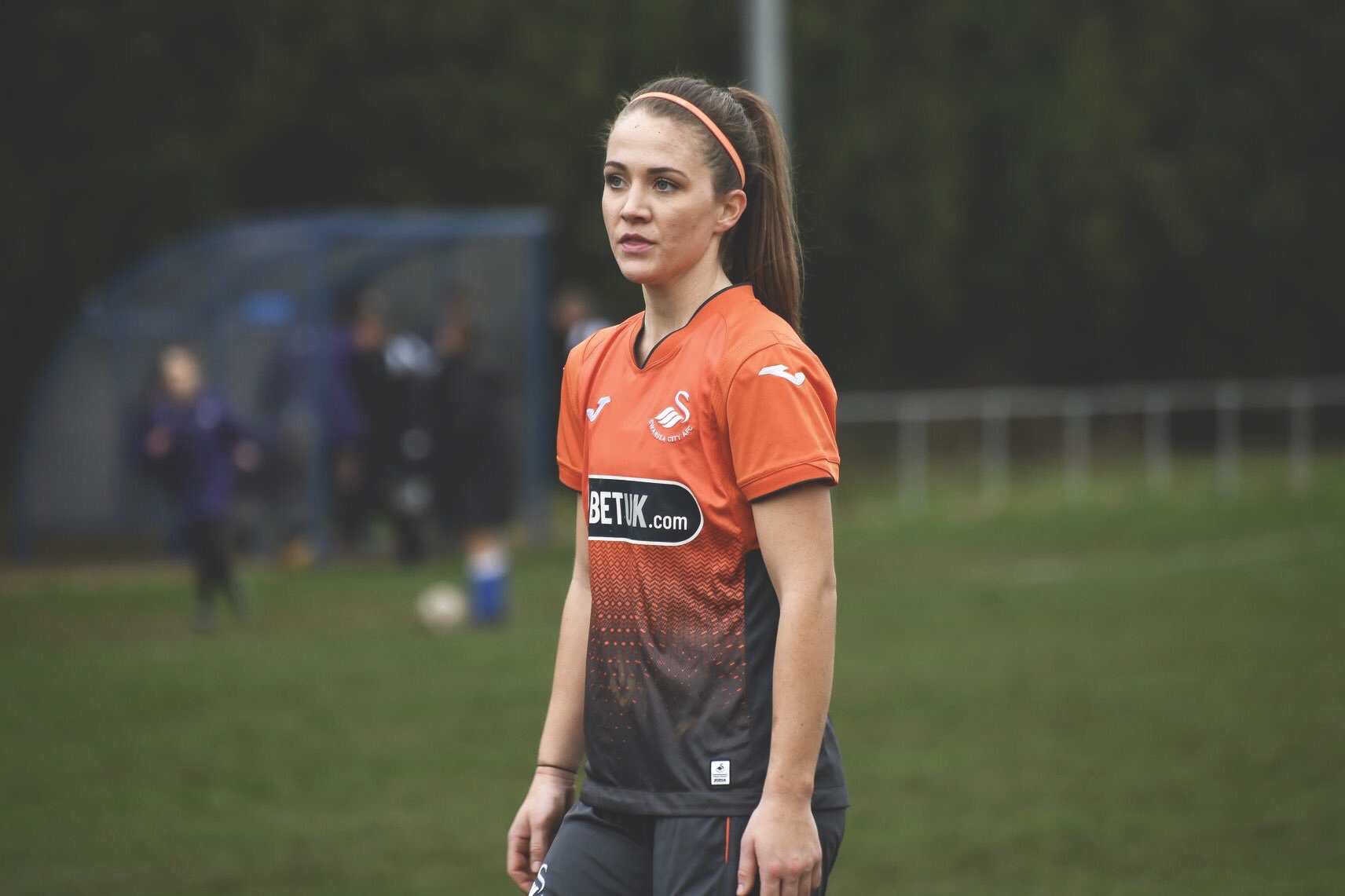 Emma Beynon has scored 8 in 10 so far this season.Photo by @NJDPhotography7 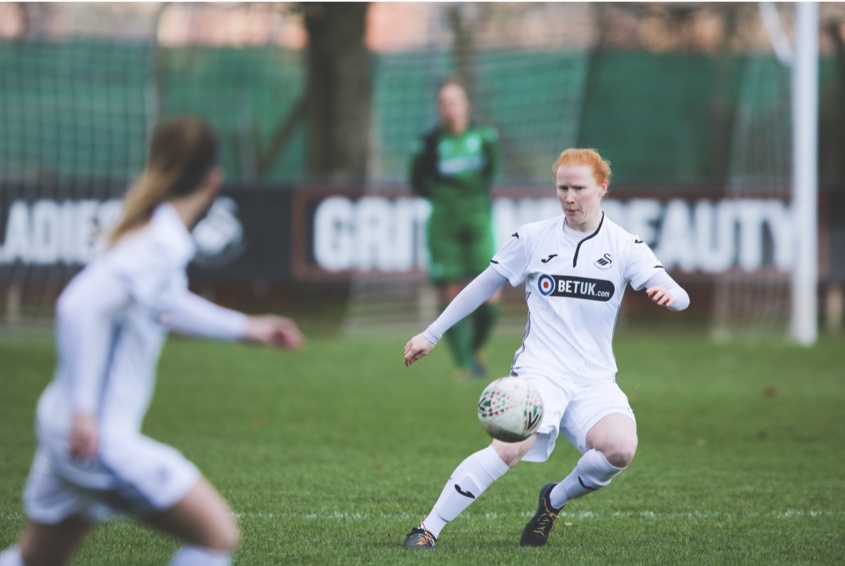 Who is the young gun within the squad we should watch out for?
For me, Nieve Jenkins is the one to watch out for. Her most recent performance in the WPWL League Cup semi-final against Rhyl, saw her excel at left-back. Nieve was relaxed under pressure, made darting runs forward and also linked superbly with Katy Hosford who played just in front of her in left midfield. If the Haverfordwest born defender keeps up performances like that, she could potentially see herself as a regular on the starting team sheet. 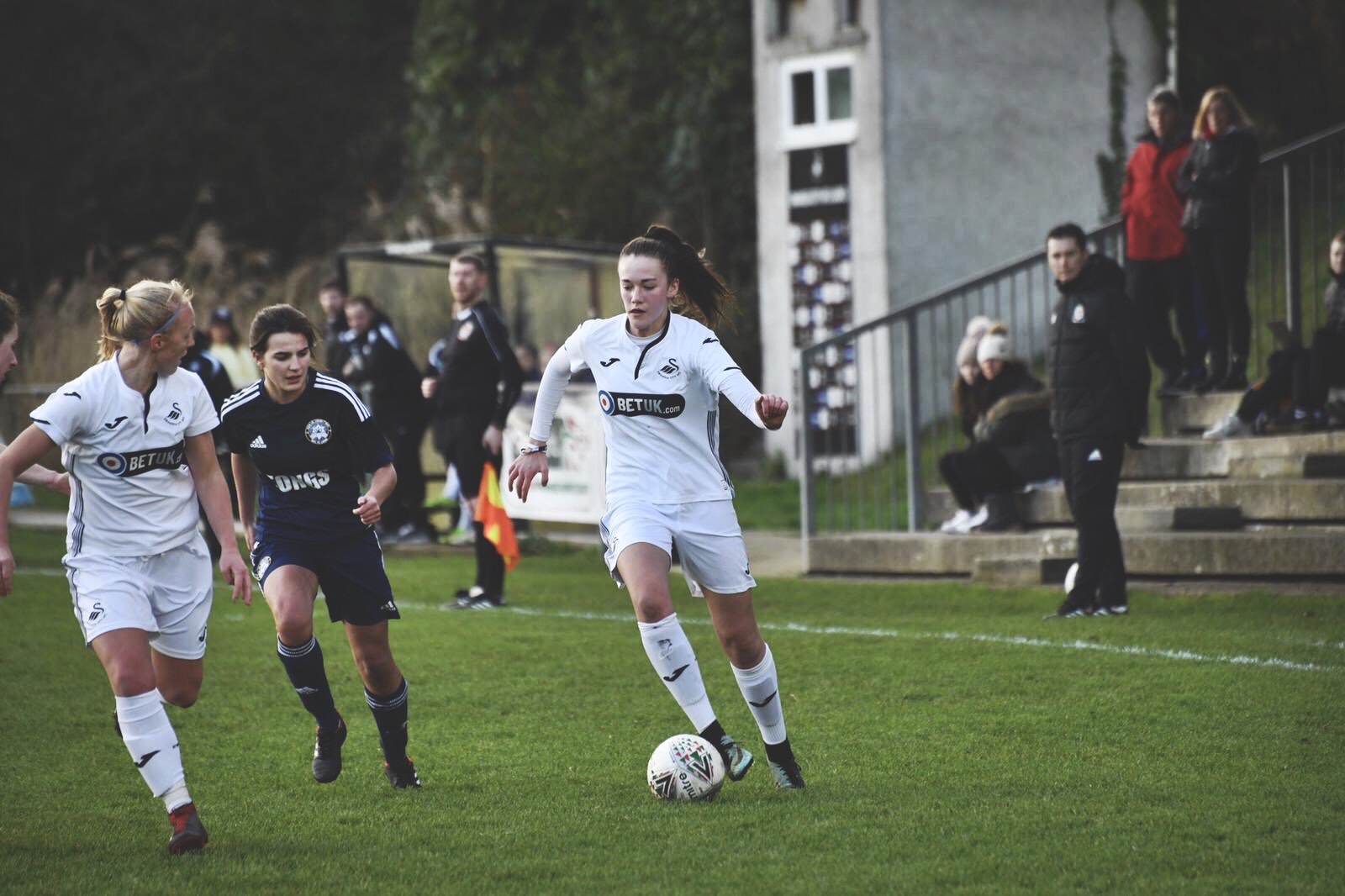