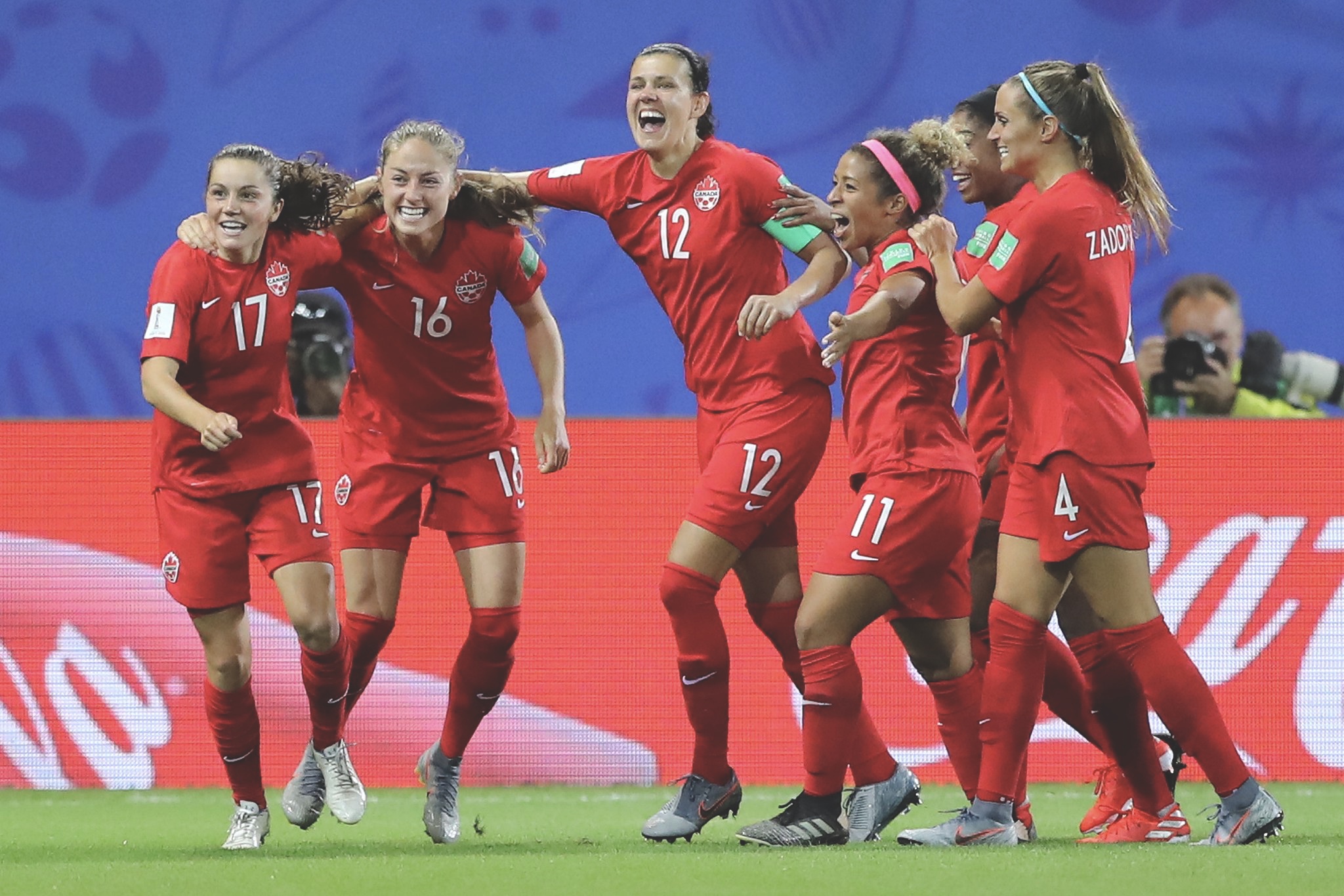 Victory would send Canada into the 2nd round whilst New Zealand needed points to keep themselves in charge of there own destiny in both teams 2nd game in the World Cup in their Group E encounter in Grenoble.

The game started off at a lively tempo with both teams having good chances especially Canadas Janine Beckie who sent a nice cross in from the left that almost found its way into the net only for New Zealand’s goalkeeper Nayler to gather it just in time ,on the quarter hour mark Beckie sent in a pass that painfully smashed into kiwi defender Catherine Botts hand as she tried to intercept it and had to receive medical attention on the pitch and subsequently forced to be substituted by Longo. In the proceeding corner, Canadian legend Christine Sinclair who was aiming to become only the second player after Marta to score in five different world cups hit the post and Nichelle Prince missed with the follow-up.

Canada were now in the ascendancy and Prince was running the show all around the pitch with her slick runs and putting the Kiwi defence under huge pressure. New Zealand had a great opportunity to take the lead against the run of play just before the break but it went wide.

Just after the restart the inevitable happened Prince went on another run on the left found Jessie Fleming with a pinpoint pass who slotted it home to give Canada a well-deserved lead, a period of sustained possession by Canada followed as they looked for a second, Sinclair who was not at her best today sent one just over the bar and Naylor in the New Zealand goal stopped Prince with one of the saves of the tournament.

With 10 minutes to go Canada secured the win & there place in round 2 with the brilliant Prince getting a tap in after Sinclair had once again hit the woodwork.

Canada become the only side yet to concede a shot on target are now 10 games unbeaten, New Zealand next play Cameroon for a shootout for third place and shot at sneaking into the last 16 whilst the group’s two heavyweights Canada and Holland will face off to decide who wins the group.