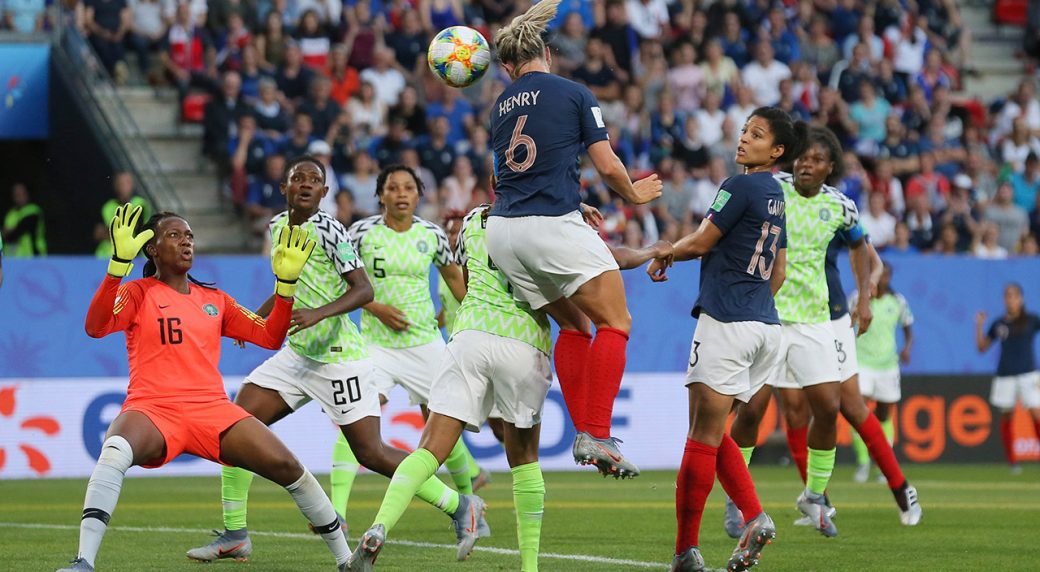 After a very confident opening match, France haven’t quite produced the same quality. Whilst their opponents were the minnows of the group, on the 7th of June ‘Les Blues’ came out of the blocks with such swagger. Don’t get me wrong,  they’ll do well in this tournament. After 3 games, they need to find more consistency in their performances for the last 16 and onwards. But maximum points were given to the deserved winners.

That opening 4-0 win against Korea Republic really stamped their intention on this tournament being held on home soil. Commanding all over the pitch, the French showed they could score from open play and set pieces and worried the oppositions of the fast approaching games.

After that was a nervy 2-1 win over a decent Norway with some interesting decisions from VAR and an uncharacteristic own goal from Wendie Renard.

The final group game was a physical one against Nigeria. No shots on goal in the 1st half from the hosts. Le Sommer & Diani sparked some life when introduced in the 65min, but it will be remembered for another VAR event more than anything else. The foul in the box from Ngozi Ebere on Viviane Asseyi happened as Ebere tried to clear the ball, but didn’t see Asseyi next to her and swung her leg into the onrushing attacker. Wendie Renard stepped up to take it,  put it wide but VAR then called it back to be retaken as Chiamaka Nnadozie had slightly moved off her line. Renard didn’t miss the 2nd time and France topped the group with that 1-0 win. 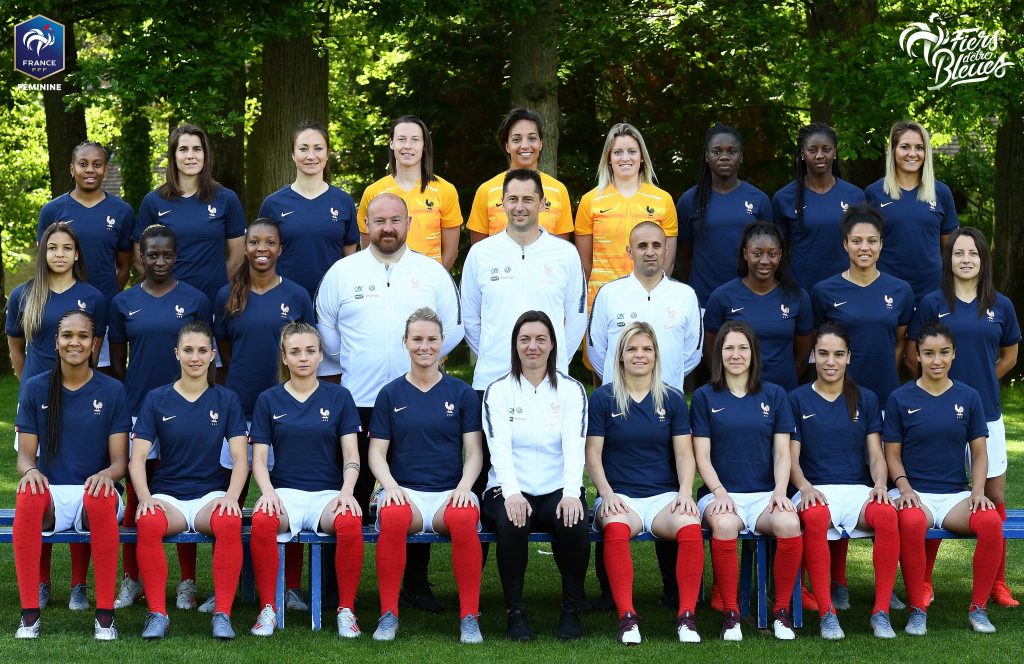 They haven’t rotated the squad as much as some of the teams in the competition (USA with complete outfield swap in 2 games).

The spine has remained the same: a Lyon defence with 3 of the 4 outfield players (Renard, Griedge Mbock Bathy & Amel Majri) the keeper Sarah Bouhaddi and Amandine Henry in midfield. Gaëtane Thiney started every game in a slightly different midfield role and the attacking options changing over the all 3 games. Delphine Cascarino & Kadidiatou Diani on the right hand side (with Diani also playing up top), Eugénie Le Sommer & Viviane Asseyi on the left and Valérie Gauvin as the furthest forward.

Most of the team play their club football in the country, Lyon being the provider for most of the squad with 7 players selected with a couple venturing slightly further afield (Tounkara at Atlético Madrid and Peyraud-Magnin at Arsenal).

Head Coach Corinne Diacre has a good mix of experience and youth in the squad and based on these 3 group games, should be able to really challenge for the overall winner’s prize. Maybe there is a hint of too much expectation getting to them? But the country is behind the team and as long as they can repeat the tempo, confidence and organisation of the opening game, they are going to get a place in the final.