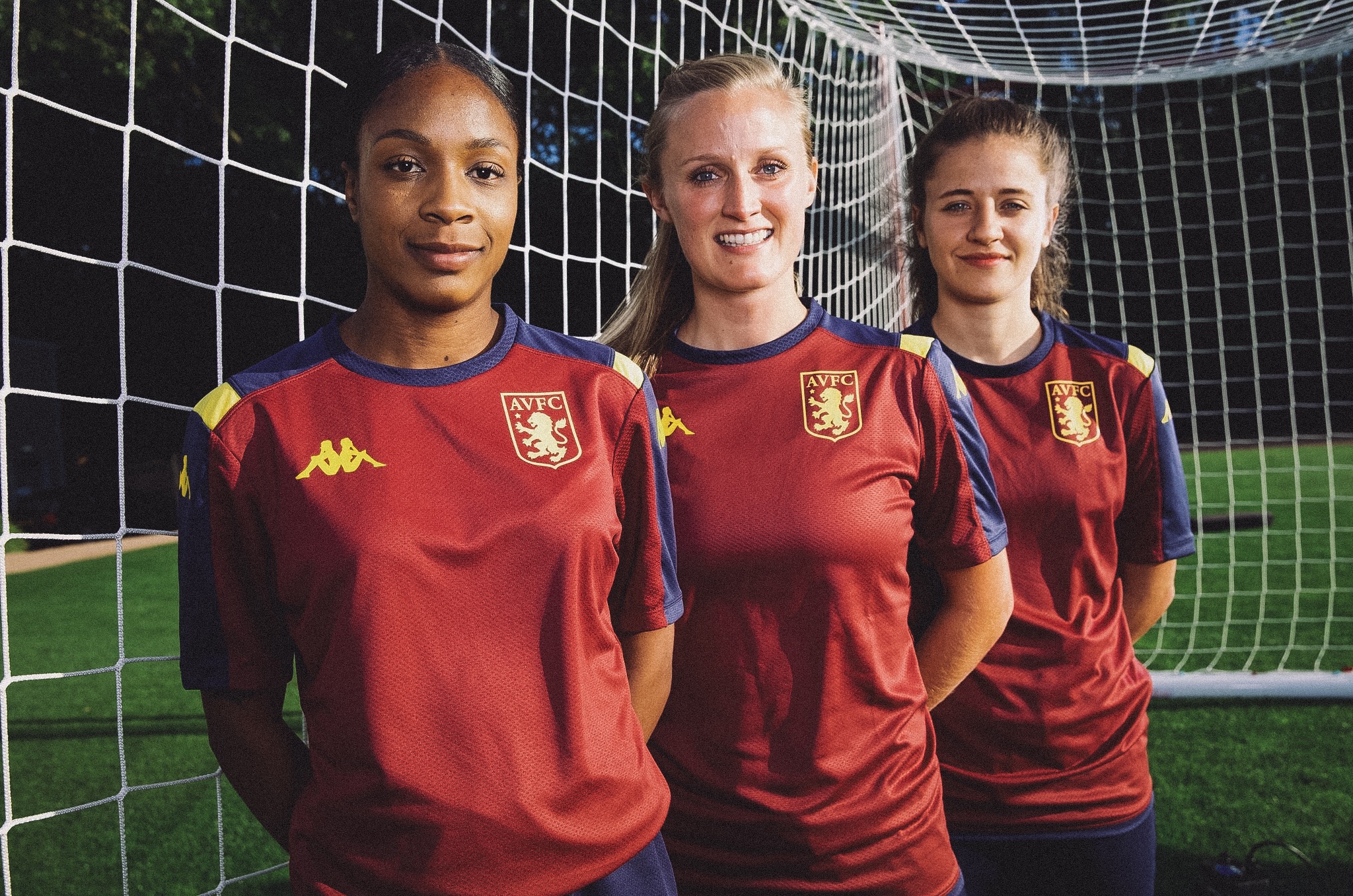 It has been a busy and very productive summer in the transfer market for Aston Villa which has seen eight players added to the squad. While each player signed should be able to have an impact on the squad, I want to look at three in particular that have caught my eye.

Ella Franklin Fraiture (Midfielder/Wing Back) – Ella joins Aston Villa with many people saying just how much of a great player she is. At 21 years old Ella has already accomplished so much in her career. We have signed her from Leicester City, in a season that really was haunted by a broken collarbone but still managed to win Outstanding player of the season for them last season while only making fifteen appearances for them, scoring two and getting on the assist tally. We came up against Ella in the game at Villa Park where we couldn’t penetrate their defence which Ella was apart of.

Ella can play in the centre of midfield but can also play as a wing back on ethier side, which will help bolster our squad and help grow it towards a promotion push. Before moving to Leicester City, she played for Oxford United. A club that’s fan’s still have great memories of Ella also telling us how good she is. She played for them since she was 10 years old. She made her first team debut for them back in 2014 and hasn’t looked back since. Everywhere that Ella goes to she works hard to get success and shine, she is obviously held in high regards by her fellow players and the fans she plays in front of. No doubt Gemma Davies played a big part in bringing us this young and exciting player for the upcoming season.

Ella will no doubt be a massive fan favourite with Aston Villa Women fans, players and staff as well as she will work hard for us and be up for the awards once again come the end of the season. I am really looking forward to seeing what she can bring for us as the season starts.

Melissa Johnson (Forward) – Johnson is a player that I’ve seen play for a few years at different clubs, but a player that is always impressive for whoever she plays for. She has pace to burn with an appetite to win the ball back when she is out of possession. But not only her surging runs will cause defenders troubles but also she doesn’t waste chances as she is a known goal scorer. We first saw Melissa Johnson play for Derby County where she was one of the shining players. This wasn’t just a one off as everytime we saw her play we said we would love a player like this at Aston Villa Women.

The transfer news came up that she had joined Sheffield FC which was a shock with the talent that she possessed but a great pick up for them as she scored 17 goals in 20 matches for them, showing again her goal prowess. Everytime we played against Mel she caused us massive troubles over and over. Again we wished we could bring in a player like her but she ended up going to Leicester City. Again the player that caused us the most trouble was Johnson, she made 23 appearances for Leicester City scoring 7 goals and a couple of assists. She also picked up two FAWSL 2 player of the month awards in January and May 2018 while playing for Sheffield FC. She scored a total of 72 goals for Derby County Ladies which just showed you the danger she posses for each team she plays. In the past 4 seasons Melissa Johnson has scored 67 goals which is no small fee.

I am so happy that this season Melissa Johnson will be wearing Claret and Blue as for the first year she is for us and not against us. She will no doubt add the experience and will always be deadly when we attack, setting up goals and scoring goals. Her work rate is something that stats don’t always show but Mel truly does work hard to win the ball back when she isn’t in possession. An incredible player for us as we build towards hopefully pushing promotion.

Marisa Ewers (Midfielder) – What a signing this is. It still kind of seems incredible that Marisa Ewers has come to play for Aston Villa Women. This is a signing that you might say as a joke, because you wish but we haven’t just got the direction needed for a player like this. But we was promised that this next season was going to be something special and that we would be pushing towards the Super League after seeing Man United and Tottenham promoted and thy didn’t let us down. I’ve seen Marisa play for Bayer Leverkusen where she made 83 appearances for the German outfit scoring 3 goals in a 4 year period. I still remember Birmingham City putting the news out she signed for them and thinking what a good signing she was for them. She made 28 appearances for them in a 3 year spell between 2016-2019, unfortunately her time at Birmingham City was haunted by injuries.

It really shows the intent we have for this season bringing in a player which the quality and experience that Marisa has. She also comes in as the Team Analysis & Operations Officer, I’m not totally sure what that is if I’m honest but it great to see that Marisa comes in with more of an interest in Villa that simply just a player as well as this will help to bolster the future for Aston Villa.

Marisa has also represented Germany in the U23’s and U20’s, a player that brings some international and Super League experience as well as from one of the toughest divisions in Europe. It will no doubt only help us improve and try to reach the goals we are aiming for.

With Aston Villa Ladies being re-branded to Aston Villa Women and being one of the teams touted to do well in the league this year. Making a statement before the season starts like this will make everyone take notice and no doubt will hopefully move us towards the season we are hoping to have. Gemma Davies really gelled our squad last season after a tough start and made us play some of the most beautiful football I’ve seen us play but just need to control our game management a bit more.

As always with a tight squad and such a great year it was sad to see Ria Elsmore and Tash Baptiste leave Aston Villa Women as well. But do wish both of them the best in football as they start the next chapter of their career.