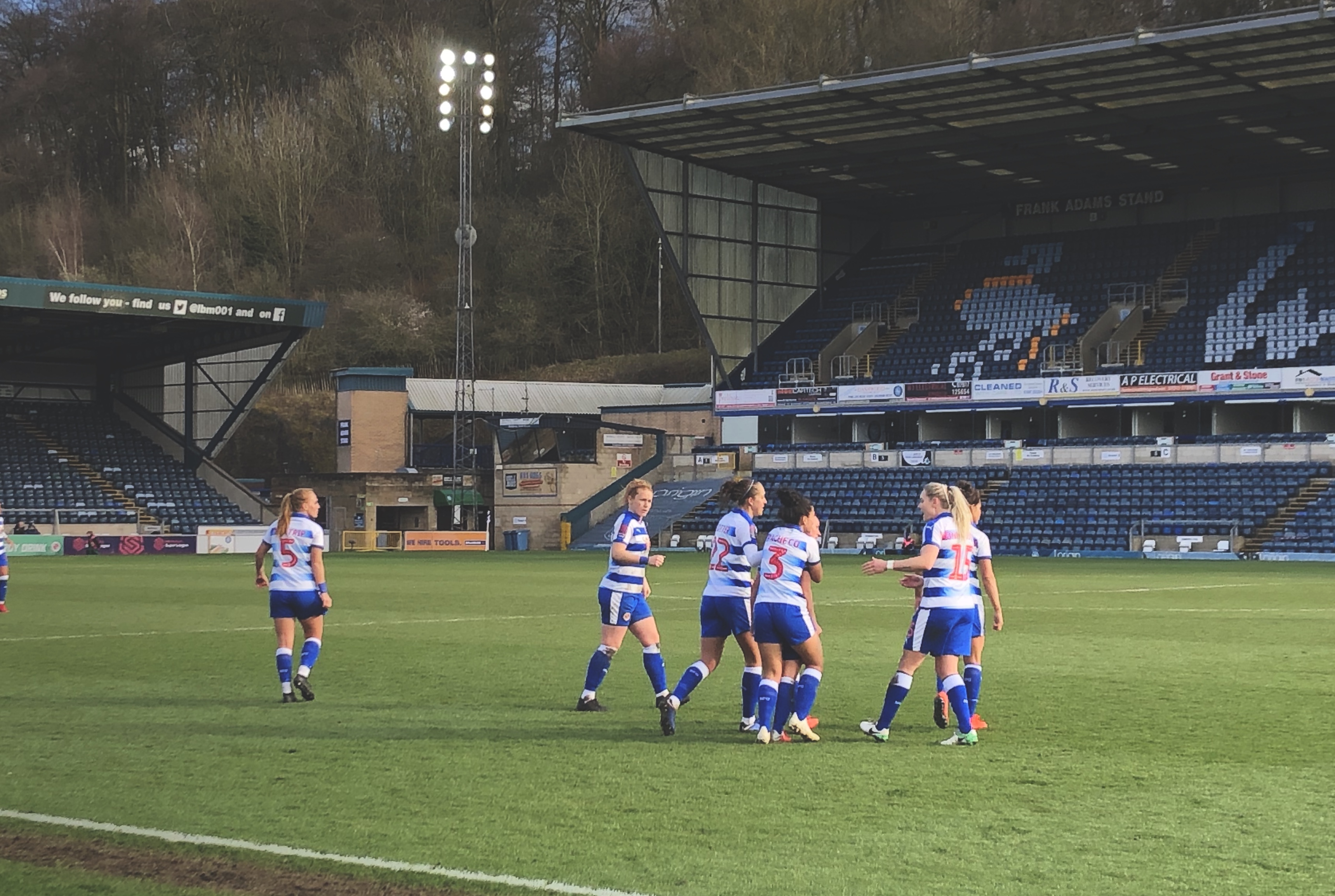 I’m based on the south coast but had to drive to Coventry on Sunday evening as I’m working in Coventry for two weeks. This fixture proved to be the perfect pit stop for me on my journey to spend a week living like Alan Partridge in my Premier Inn.

In my FA Cup quarter-final preview I really struggled to predict the out game of this game. Both sides are relatively evenly matched and should United gain promotion to the WSL then I would expect both sides to be competing at a similar level.

In the opening stages it was Reading that were dominating possession and territory although neither side were able to create any meaningful opportunities in front of goal.

Rachel Furness was the first to test Siobhan Chamberlin with a shot from the edge of the area although the United keeper comfortably saved.

When I turned up to the stadium it was sunny enough to make me regret not bringing my sunglasses but the blue sky quickly turned to grey and the heavens opened. A little hail storm didn’t deter United’s Barmy Army who remained on the touched line, singing “Everywhere you go, always take the weather with you” by Crowded House.

As the teams went off for half time both managers will have been content to have not conceded but knowing that they had to do more going forward if they wanted to reach the FA Cup semi finals.

The sunshine had returned for the second half but on the pitch the match followed the same pattern. Jade Moore came closest to opening scoring for Reading but her effort clipped the United crossbar and went out for a goal kick.

The introduction of Lauren James for Kirsty Hansen at half time sparked United into life and they looked much more dangerous going forward.

Reading continued to look the most dominant side of the two. Remi Allen looked as if she was going to win it for the Royal with six minutes of normal time to play. She received the ball in front of goal but managed to send her effort over the bar. The game finished 0-0 in the 90 minutes so the game went to extra time.

Extra time couldn’t have been more different. After 90 goalless minutes, Alex Greenwood’s scored convert from the spot after Fara Williams was judged to have fouled Lauren James. This was the first of five goals in twenty-two minutes.

Remi Allen’s levelled in the next attack and she took much pleasure teasing the vocal travelling fans.

United regained the lead in the second period of extra time when Jess Sigsworth’s cross was diverted into her own net by Natasha Harding. The lead was again short-lived as Rachel Furness scored from close range.

There was further drama when Williams thought she had won the game to when her corner evaded everyone and found the top corner of the goal. The celebrations didn’t last long as the goal was ruled out for an infringement in the middle.

The Royals still manage to claim the victory in the last minute of extra time. Chamberlain was unable to hold onto a Williams free kick, there was a bit of pin-balling around before Lauren Bruton put the ball over the line.