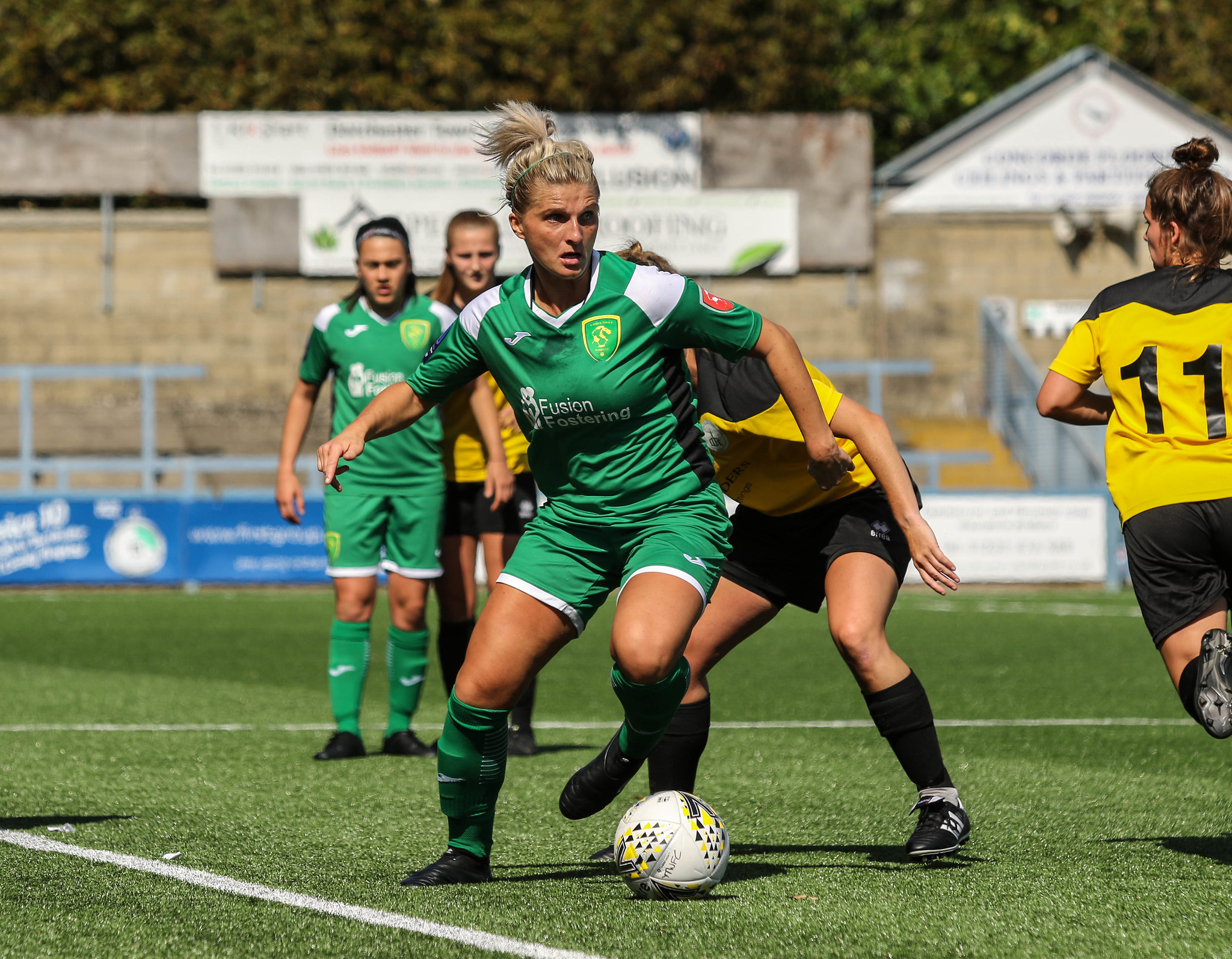 Starting the year as they mean to go on, Yeovil Town put eight past eventh place Hounslow in their first game of 2020 and following it up with a 10-0 County Cup win against Ilminster.

Currently sixth in the National League Southern Premier, picking up 20 points in 11 games, Yeovil Town’s performances on the pitch have been inconsistent, however commendable considering the comings and going’s they have faced. They recorded six wins, two draws and three losses in the league in the first half of the season, whilst also being knocked out of the FAWNL League Cup and the FA Cup by Southampton FC (Saints) on consecutive weekends. With several players leaving and four new ones signing over the winter break, the core of the team has had to remain strong to adapt to these changes.

As well as the change in on-pitch personnel, the disruption of having 3 different managers since the season began in August will not have been easy to deal with. Jamie Philips led the team at the beginning of the season, leaving after the teams 5-0 loss to Plymouth Argyle, and has since become the manager of Buckland Athletic in the National League Division One South West. Academy and Youth Team manager Phillip Hubbard then took interim charge whilst the club looked to appointment a new full-time manager.

The appointment of a new manager was very important for the club, after a successful start to the season for a nearly entirely new squad. On the 7th November, Yeovil announced that Jamie Sherwood would be returning to the club. Jamie previously managed the team for several years, including their 2016 WSL 2 title-winning season, and was very popular among players and fans. He left after their first WSL season, after being unable to commit to managing a full-time team. He brings a wealth of experience in the women’s game and has been reunited with captain Annie Heatherson and top goal scorer Sarah Wiltshire who were both playing for Yeovil in that pivotal 2016 season.

After losing three players in the first half of the season, with Jodie Chubb returning to former club Buckland Athletic and Erin Bloomfield and Charlie Taylor both signing for Southampton Women’s FC, Yeovil gave minutes to players from their Dual-Academy squad. As the winter break approached, Yeovil were looking to add some more experience to their squad in preparation for the second half of the season. On the 20th December they announced the signings of Jordan Guard and Welsh International Chloe Lloyd from Cardiff City Ladies and French Polynesian International Kiani Wong. Chloe Lloyd is a re-signing for Yeovil, leaving for Cardiff during last season after recovering from an ACL injury. They then announced the signing of Ellie Strippel from the Bristol City Academy on the morning of their first game of 2020, with Dan Carlton announcing on the same day she was leaving after her second spell at the club.

With Jamie Sherwood settling back in, and the addition of some strong players to the squad, I predict the second half of the season will be successful for Yeovil Town. Despite the title and promotion to the Championship being too far out of reach this season, the chance to finish higher up the table is still all to play for. With a restored strength in depth and a developing Dual-Academy side to give game time too, the focus for this squad will be staying together. Working week on week to strengthen all areas of their game, and focusing on pushing the club forward so one day they find themselves moving back up the leagues.