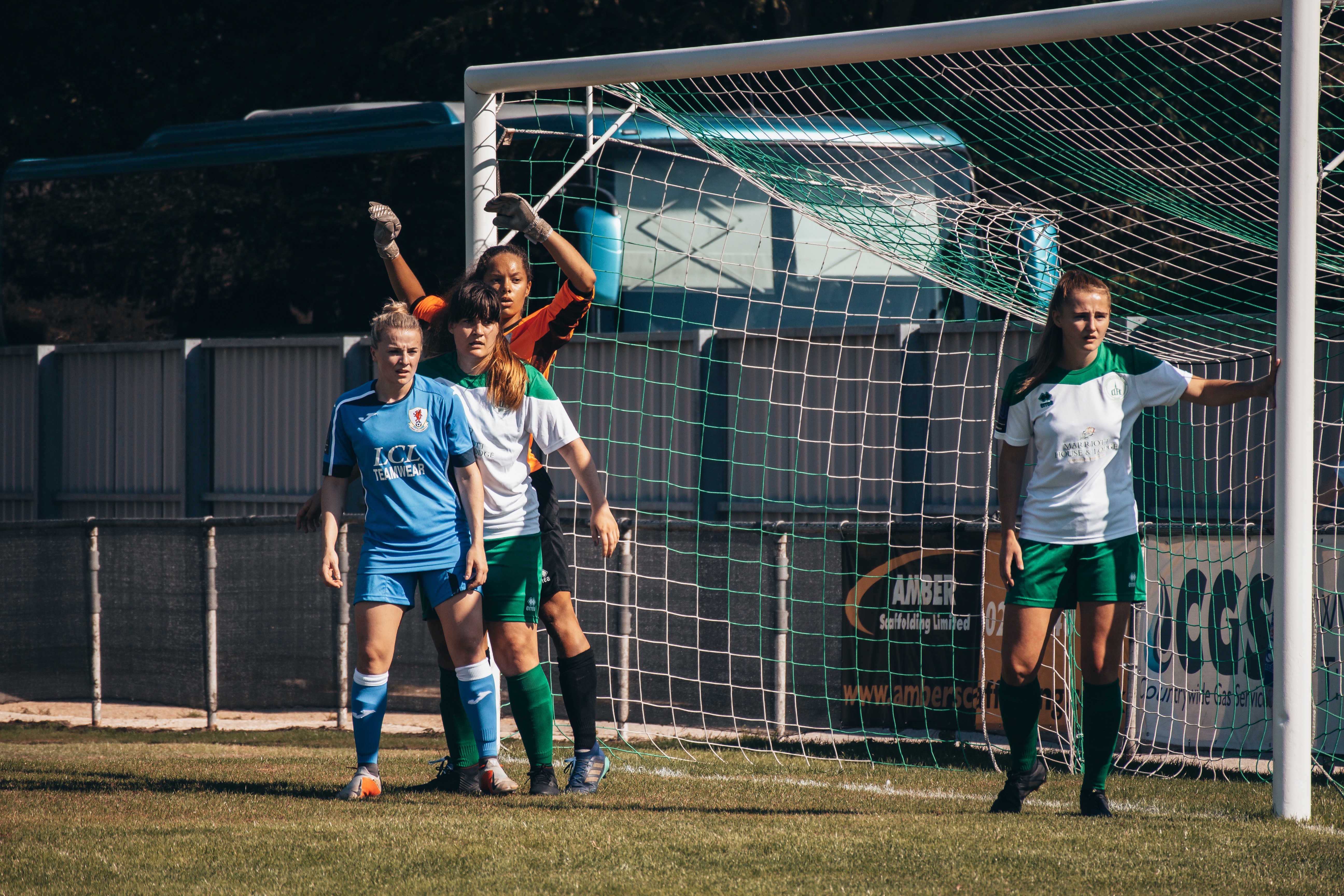 I spent much of last season at Oaklands watching Chichester City‘s National League campaign that saw Aaron Smith‘s side finish third, one place behind this weekend’s opponents, Cardiff City. Nowadays things look very different. Smith has departed along with the vast majority of last season’s squad. In his place is former Portsmouth and Chichester City goalkeeper, Sadie Blakeley, along with her assistant, Kim Stenning. Together they have had the difficult task of rebuilding a team from scratch.

The only familiar face from last season’s campaign is 20-year-old Sharna Capel-Watson. With much of the side being promoted from the development squad Capel-Watson is considered one of the most experienced at this level, which is one of the reasons why the squad have struggled so far this season. It is a huge ask to expect these new and (in most cases) young players to achieve anywhere near the same level of success as last season.

The prospect of facing the potential title winners and their group of Welsh internationals would be a daunting one for the home side but I arrived at Oaklands hopeful that I’d see a competative game.

The match started fairly evenly, the home side lining up with three at the back with supporting wing backs to keep the likes of Chloe Lloyd, Jasmine Turner and Grace Horrell at bay.

It was Horrell who had the first opportunity to test the Chichester keeper, Rhiannon Stewart, but a superbly timed tackle from Chichester came in before the striker could get the shot away.

Cardiff seemed content to sit back and allow the home side to retain possession in their defensive third but a misplaced pass across the back line was seized upon by Horrell who again looked through but Stewart came out and saved well.

With it being such a hot day the referee saw fit to introduce a drinks break after twenty minutes. At this point of the game Chichester will have been encouraged with their performance so far.

Another half chance fell to Horrell who shot over, nearly finding the tennis courts in front of the Oaklands pitch.

Prior to the game I didn’t know too much about Chichester’s captain, Megan Fox, although I was impressed with her. I liked her positivity and how she was always trying to retain possession and build attacks. However, when Chichester dared to try and penetrate the Cardiff defensive, tackles came in quickly and the home side struggled to create any meaningful efforts to test Laura O’Sullivan.

The home fans hearts stopped when a cross-come shot from Lloyd looked to be dropping in over Stewart, the net rippled but the keeper had judged it well and Lloyd’s effort had dropped onto the roof of the net. Panic over!

Those home fans hearts were eventually broken minutes before the break when Horrell was able to finish well, slotting the ball passed the Chichester keeper.

Much of the second half was generally forgetable with Chichester happy to keep Cardiff at bay and with the home side failing to test their keeper Cardiff were happy to keep the ball in the middle of the pitch. Especially when they were able to double their lead through Carrie Jones in the 72nd minute.

For me, the game changed with the introduction of LouLou Robson in the Chichester midfield. The substitute’s calmness and positivity on the ball rubbed off on her teammates with Capel-Watson looking dangerous going forward. The home side began to show a bit of belief and the Cardiff defence needed to at their best to keep their clean sheet.

The game ended as a comfortable win for Cardiff but if Chichester can continue to develop then this young team have every change of avoiding relegation and building for a bright future. In order to do so the girls must start to be brave and believe in themselves as there is a lot of talent there.