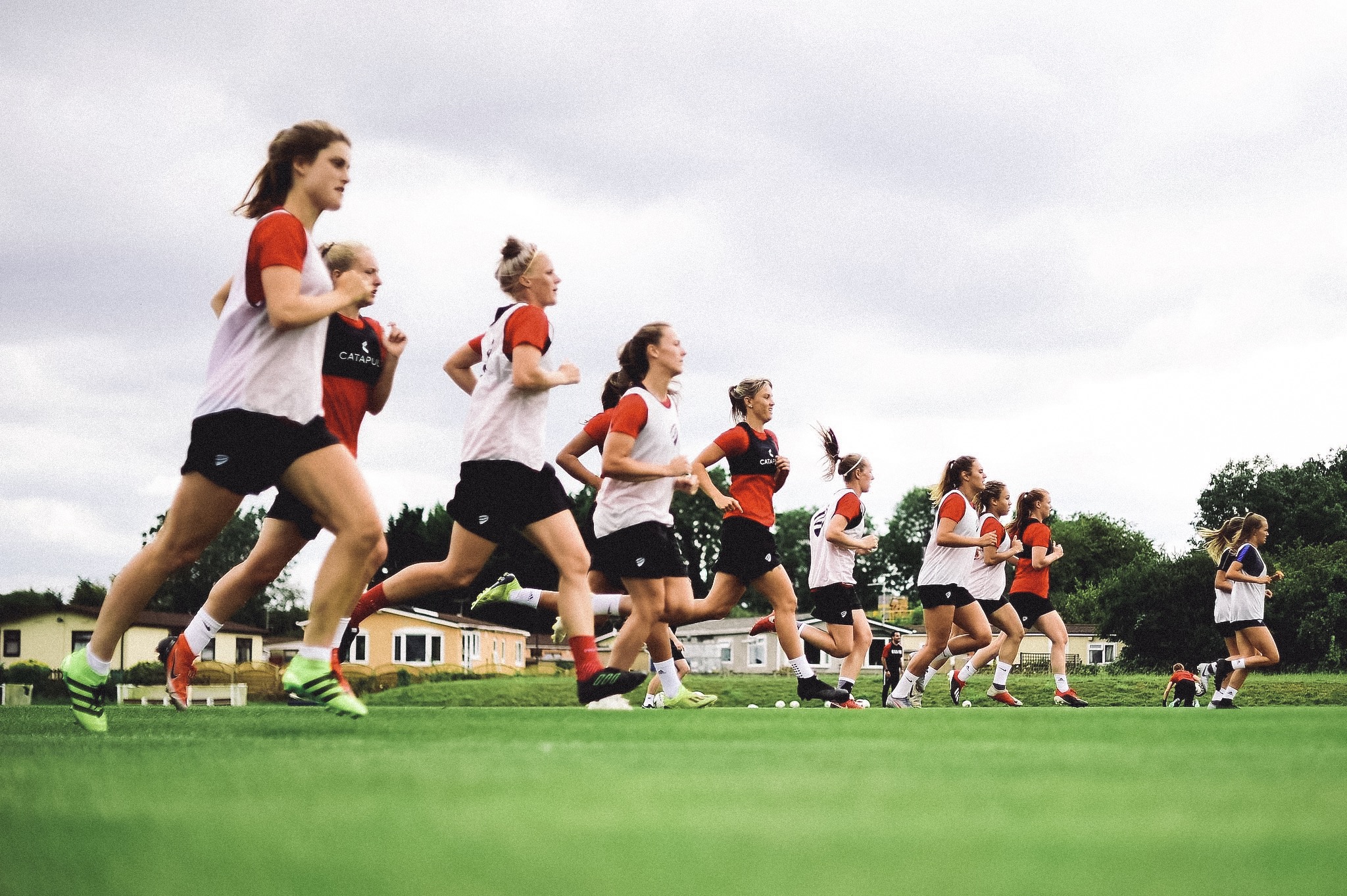 It is that time of year again that strikes fear into the  heart of every football fan. That’s right folks the transfer window is open! Well actually it has been open for a while but now the World Cup is over we can get excited about it, or run and head under the bed in dread. However you wish to deal with it.

Transfer Window definition. Noun: a period of time where your club can get rid of deadwood and bring in fresh new talent.

Actual definition: your club makes some dicey new signings in a panic on the final day and you pray they don’t get rid of the players who name is on your new £80 shirt. (standard practice for West Ham’s men’s team until recently).

In the Women’s league, it can be a little less dramatic, though ask any Birmingham City fans if their window has been smooth sailing. The response may result in you getting hit in the face with a pikelet. {Pikelet -Noun: – A crumpet or crumpet-like bread in areas of Great Britain}

Unlike in the male leagues, our players in our league don’t move around for the big bucks. Spoiler alert, it’s because there isn’t any. Players move for other prized aspects of the game instead: Game time, fellow teammates, playing for the club you’ve always supported or the prestige of playing European football.

The point of this post is to run down what the In’s and Outs, and how all this is going to shake up the league. This time I look at the Vixen’s and/or Robin’s of Bristol City.

Having been encompassed in the new branding of the Men’s team. Bristol City women to be known henceforth as the Robins, not that the fans will ever call them that. They will forever be known as the Vixens, so the club may see a drop in shirt sales due to the giant bird logo that has been applied.

It appears that Bristol have gone more experimental with their signings with some unproven and unknown players. The biggest names that Bristol have signed were the pair from Birmingham, both Sargent and Wellings add much-needed WSL experience to a fairly young side which will hopefully allow the team to level out and progress further up the league than last year’s 6th.

A familiar face returns to Stoke Gifford in Belgium international Yana Daniels. Having left last season for Liverpool the pull of the South West was too much for the striker. Hoping to add herself to the score sheet more a few more times than her last stint at the club. Another returnee from Merseyside is young defender Jasmine Matthews who is again hoping to make herself a fixture in the Bristol squad.

Ebony Salmon who was put out on loan and subsequently let go by Manchester United last season.  Proving herself a striker at Sheffield United during her loan spell with seven goals in 9 appearances. Her performance with the England under 19’s was less than desired, Bristol will be hoping that Salmon steps up to WSL standard pretty quickly.

The last piece of big business Bristol have completed is the Dutch defender Vita van der Linden, the young defender has moved over from Ajax where she just made 21 appearances over four years. Let’s hope youth and tenacity make up for the lack of experience.

In terms of outs there have not been many which Bristol can count themselves lucky for.

Young striker Rosella Ayane has moved on to Tottenham. (more about how they have conducted business later). Having not contributed many goals in last season’s campaign, her loss you feel won’t dent the goal tally Bristol can expect to amass this season.

One player whose impact you feel will be missed is Scottish player Lucy Graham. The midfielder clocked 7 goals in 18 appearances last season for the Vixens/ Robins. She has moved across to the Merseyside club in blue. Even though only 22, Everton have brought her in for her vast experience.

The rest of the leavers appear to be academy players off for more experience or players who are after more playing time to prove themselves.

I honestly think it depends which Ebony Salmon turns up. If it’s the one who played for Sheffield last year they are laughing. Bristol could easily climb up from 6 towards 5 or even 4th. However, if it’s the player at the Euros then they have rolled a six but landed on a big Snake. To guarantee a bit more success than a more experienced striker is needed. Hopefully a pairing with Wellings will work out for them.