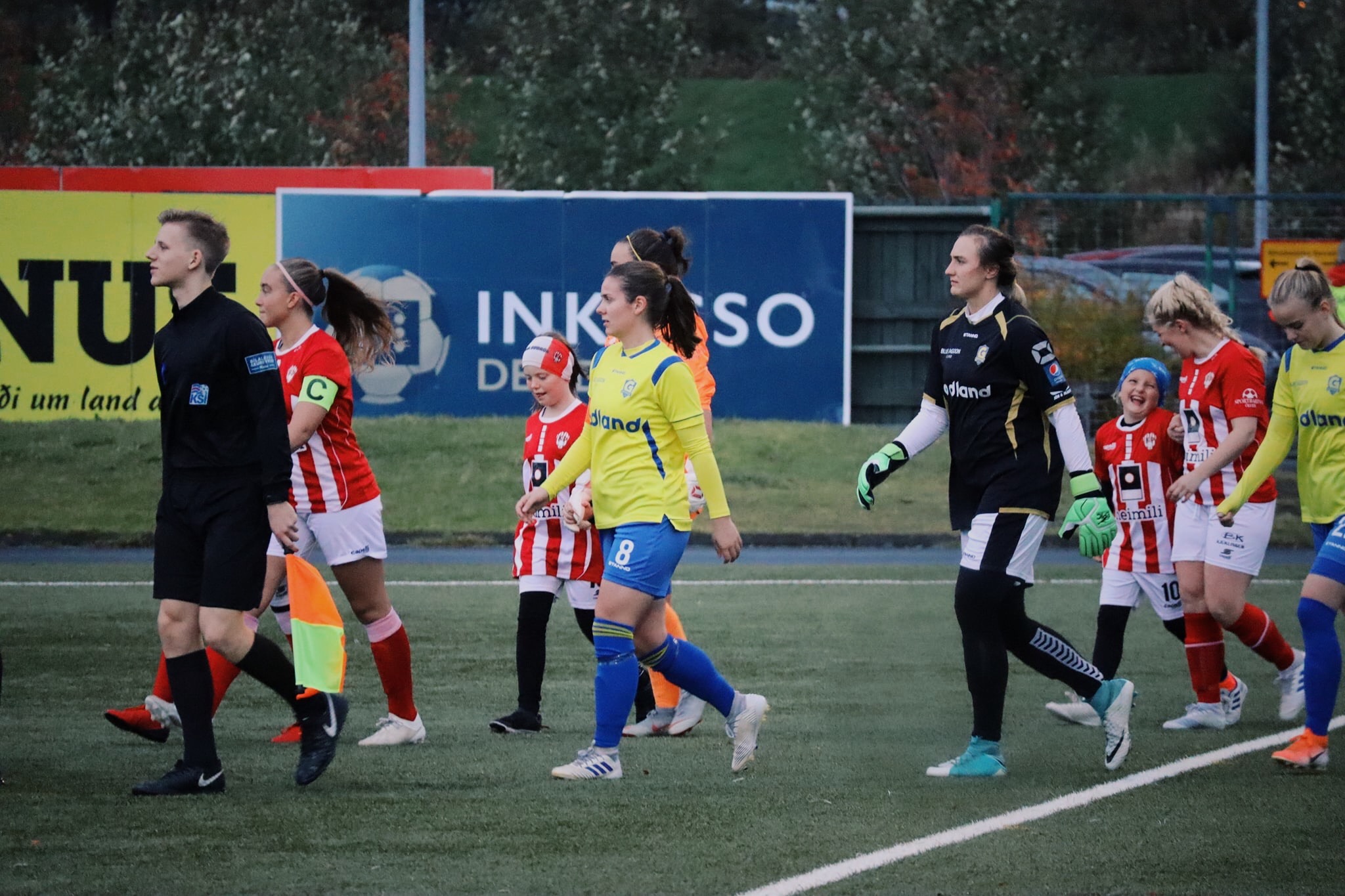 As I sit on this plane trying to wrap my head around everything that ensued throughout the duration of my stay, I can’t help but feel sorrow for leaving this beautiful country. Afterall, there is no other place like this on Earth, and nothing could ever come close to it in the United States. But what an adventure it has been these past four and a half months. From jumping onto a plane and not knowing what to expect for my first season abroad, to being relegated to the second division, but then earning the team most valuable player award (leikmaðurinn in Icelandic), this summer has been quite unpredictable; I wouldn’t have had it any other way though.

Due to the fact that the women’s first division finished a week prior to our men’s team in the Pepsi league, I had a week between my last game and the club’s Lokahóf, or end of the year banquet. With my roommates leaving to Barcelona for the duration of the week, this I meant I had the car and house to myself for the first time since arriving in Iceland. I made the most of it by exploring parts of the southern coast that I had not seen, as well as indulging in a few ‘tourist’ attractions. For example, when traveling to the town of Selfoss, I made an effort to try a famous ‘Icelandic hotdog’ to compare it to back home. What makes it different is that the bun was toasted, the meat was a mix of beef and lamb, and the toppings, my goodness: raw onions, fried onions, ketchup, sweet mustard. It was delicious. I also hiked through a steam laden valley to wonderful natural hot springs, and simply laid in the water watching the sun set over the mountains and clouds shift in the sky.

As the week came to an end, my days consisted of mostly three activities: packing, cleaning the house, and going to the gym to try and maintain a schedule. Saturday came, the evening of Lokahóf, (our club’s large end of the year celebration), and I simply couldn’t wait to see everyone one last time. 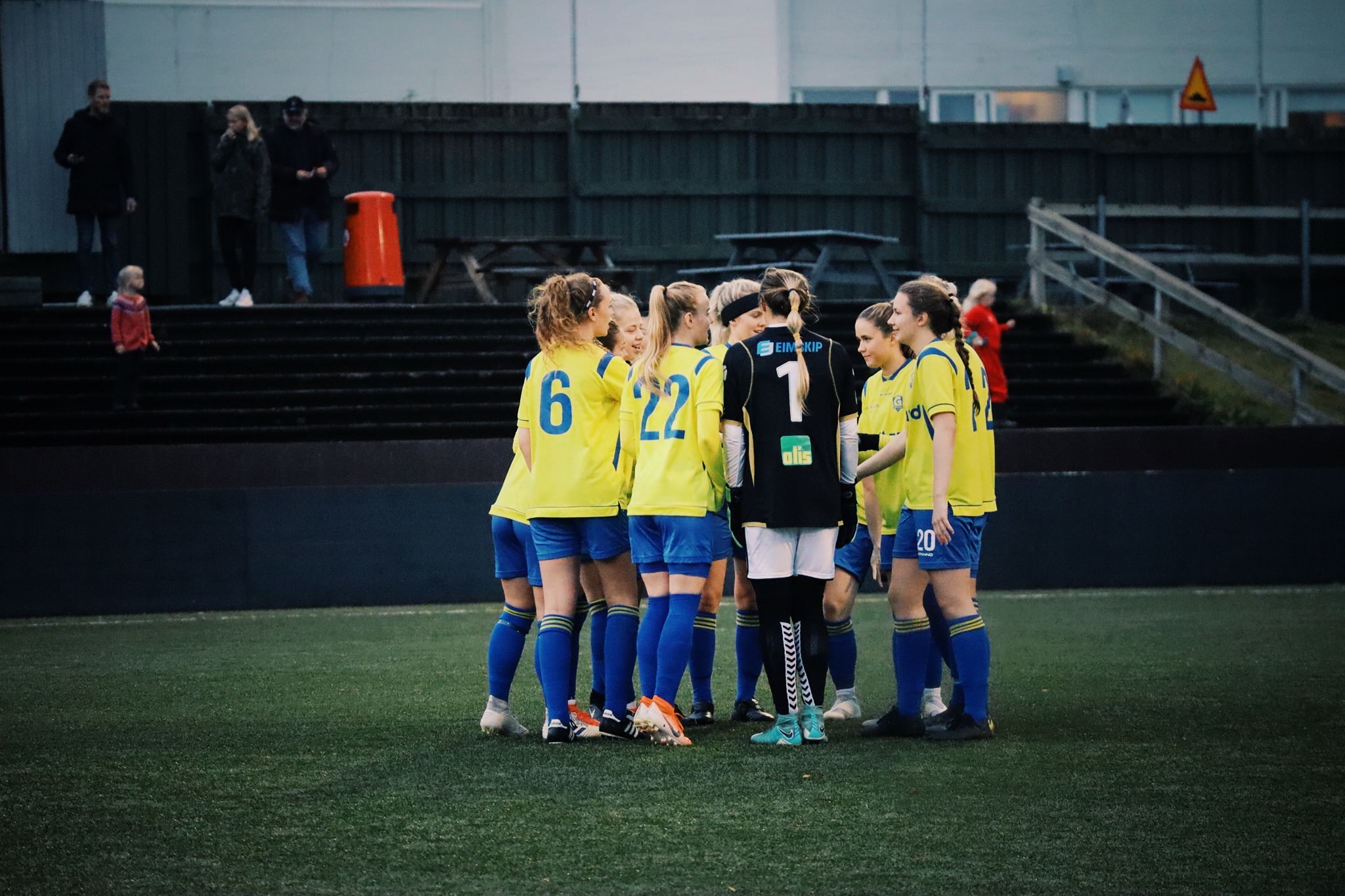 The evening was a night of pure revelry, delicious food, beautifully embellished awards, and lots and lots of dancing. Being a small fishing village where sports provide a large portion of the entertainment there, a large portion of Grindavík’s population attends the end of the year banquet to recognize the club’s accomplishments, as well as to look forward to the next season. The evening started off with a plethora of different drinks available and talking with the locals before dinner at eight o’ clock. From there, the evening got interesting.

Prior to serving the array of Icelandic food for the evening, a comedian broke the ice with the crowd, delivering jokes and puns, leaving the hall guffawing and grinning from ear to ear. Thank goodness my teammates spoke immaculate English, for they translated for me the entire night. Yes, even the coaches’ speeches and awards were entirely in Icelandic. From there dinner was served, and what better way to dine in Iceland then having traditional lamb with an assortment of gravies, vegetables, spuds, and greens. While dinner was finishing up, another form of entertainment walked onto the stage. And what was it? If you said ANOTHER comedian, you are correct. Except this one was apparently the funniest man in Iceland in 1999. Let me just say, the dirty jokes this man was telling; no wonder there is an age limit on who can attend (many of our younger players who were 15 and 16 were unable to attend which was unfortunate, for a few of them were starters or necessary subs). 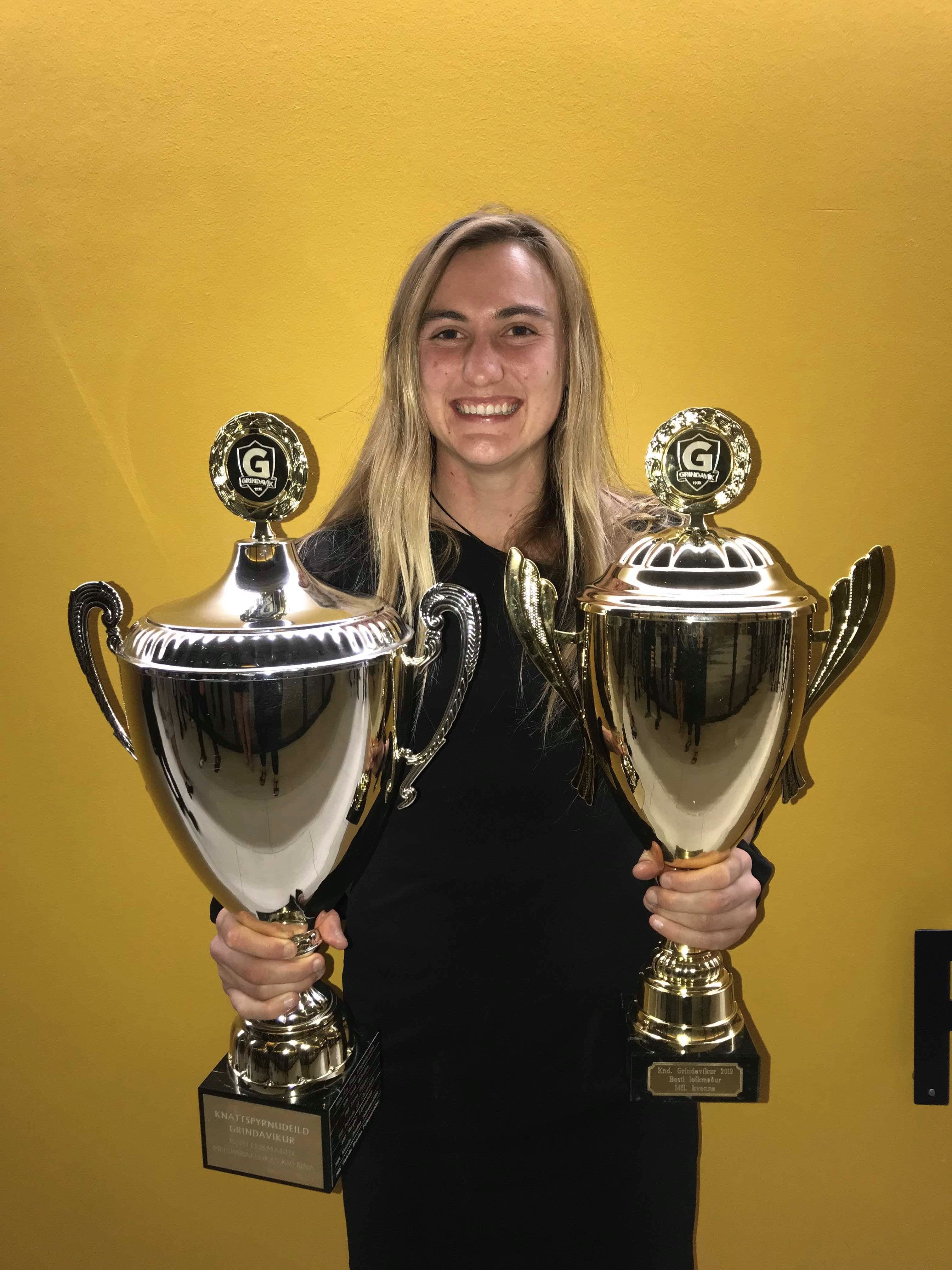 After the dirty jokes flew then the men’s and women’s awards were presented, finally leaving the last two ‘big awards’ of the night; the most valuable player award. This was voted on by the team and coaches for the player that indeed contributed the most to the team’s season, or played an integral role in its success. Prior to it being announced for the women’s side, my team simply looked at me and one girl even said, ‘be ready to go up’. To say I was shocked was an understatement.

To win such a prestigious award voted on by my coaching staff and my players was an absolute honour. As a goalkeeper, one can’t help but take to heart a goal or a loss. You are indeed the last line of defense, and something could have always been better when it occurs; whether it’s the angle in goal, a second too late coming out for a ball, a single moment of hesitation, a pass that goes awry. Especially after being relegated, losing some games three null, or the way we finished the season with a nine-null loss to the number one team, small details like that weigh on you. It’s whether or not you linger on them or strive to make them a learning point that makes all the difference. I was and still am in disbelief that I was chosen for the award. I am incredibly thankful to my teammates who trusted in me throughout the season. From having missed the first league game to starting every match after that, we grew together as a unit every week. Ironically, the men’s goalkeeper also won the same award, so it was, ‘the year of the keepers’ as team manager said.

As I alluded to earlier, Grindavík is being relegated at the end of the season, that in turn means everything will have to be reassessed for the following summer season. The first matter being that both the current head and assistant coaches’ contracts have expired. Depending on their situations, next summer can either result in me being resigned or not as well. A second predominant hurdle that must be evaluated is the budget for the 2020 season. Many of the teams in the second league are much further away (one on the east coast of the island, another in the north), so a lot more driving will take place to attend games, and perhaps some overnight trips as well. The funds of the club must be reassessed, and the budget also re-evaluated if foreign players can be a part of it. Being a goalkeeper, I do have an edge over a field player (most of the markmann in Iceland are international due to the fact that goalkeeping is just now receiving the attention it deserves), but there is no guarantee that I will be returning at the current moment.

With the International transfer window not until January, I unfortunately will not have any definite plans until then. As a result, my current state of affairs is up in the air. I plan on going back to South Carolina to not only find a job, but as well as to keep training and utilizing my alma mater’s facilities at Limestone College while doing so. Due to the fact that I graduated university and hopped on a plane two days later, I was unable to take my Board of Certification exam that nationally recognizes me as a certified athletic trainer (similar to a physiotherapist in other countries) in the United States.

I would love to come back to this wonderful country. The people, the landscapes, the food; everything was absolutely astounding and I simply would love to experience it all again, perhaps even a bit longer this time. Alas, as prefaced earlier, at the moment I am at the mercy of the wind; wherever it blows, that’s the direction I will go.

Thank you, Iceland, for such an amazing life experience.

Until the next time, afram Grindavík.