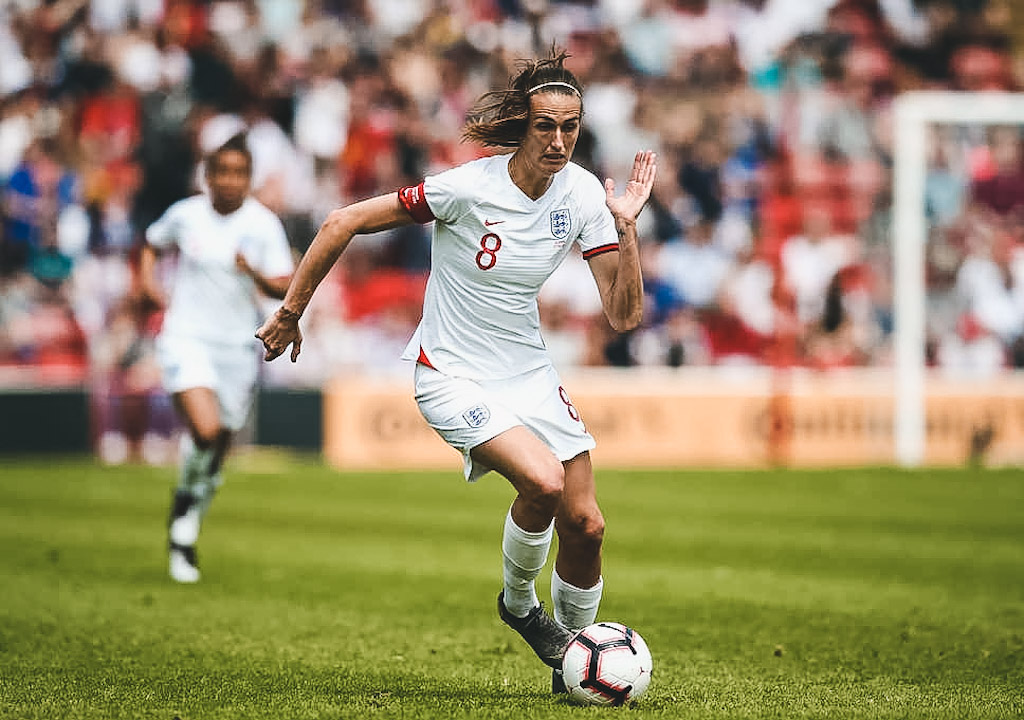 When it comes to icons of the women’s game, Jill Scott should be a name that immediately comes to mind. Boasting a prolific career for both club and country, the Manchester City and England midfielder is nothing but deserving of her recent appointment as a Member of the British Empire.

Jill Scott is a true veteran of the game. With 146 caps for England and counting, and over 200 collective appearances for the three domestic clubs she has represented, Scott is certainly a familiar face on a football field. It is her experience, alongside her clear respect for the game, and of all those involved in it, that has naturally elevated her to become somewhat of a mentor for upcoming players. Scott’s deep-rooted receptiveness does much to dispel any unease felt by those less familiar with the pressures of the game.

With a buoyant energy that is seemingly endless, Scott has an endurance that rivals that of a player ten years her junior. Her maturity, along with her exceptional vision, enables her to quite comfortably control play from the middle. Pairing the finest of attitudes together with an unparalleled work ethic, Scott encompasses everything that is needed in a world-class midfielder.

Whilst her skill set sees her principally positioned in the middle, Scott is a threat at both ends of the field. Her absolute strength in dispossessing others, and assertiveness in retrieving a lost ball, shows her utter commitment to her defence. Scott is spirited, and although this can occasionally spell trouble, it is this passion that has kept her at the forefront of the game for so long. Likewise, in attacking, Scott is more than proficient. Scott is clever in making judicious runs off the ball, and in producing stellar passes when on it. Her aptitude to create and finish chances in the most crucial of times demonstrates a player with a well-rounded acumen needed in pulling a team together in a crisis.

Scott is always attentive to those around her under every circumstance. Off the pitch, she is widely regarded as ‘the nicest player you will ever meet’. With a warm personality and friendly demeanour that is seen in every interview, it is easy to see why she is a firm favourite amongst players and fans alike. Her soccer schools are just one example of her consideration to, not only the development of the sport but to the next generation. What is clearly evident, is that Scott harbours the generosity, integrity and kindness of a truly special individual.

There is absolutely no doubt that Scott is worthy of every trophy, title and honour that she has won, and every accolade that may come her way in the future. Jill Scott is, and will always be, an essential part of the Lionesses and the FA’s history. Her sincere dedication to her sport, and to the wider community, is second to none; and it is this devotion to give something back that means she stands, quite literally, head and shoulders above the rest.

Luckily for us, she shows no signs of stopping yet.