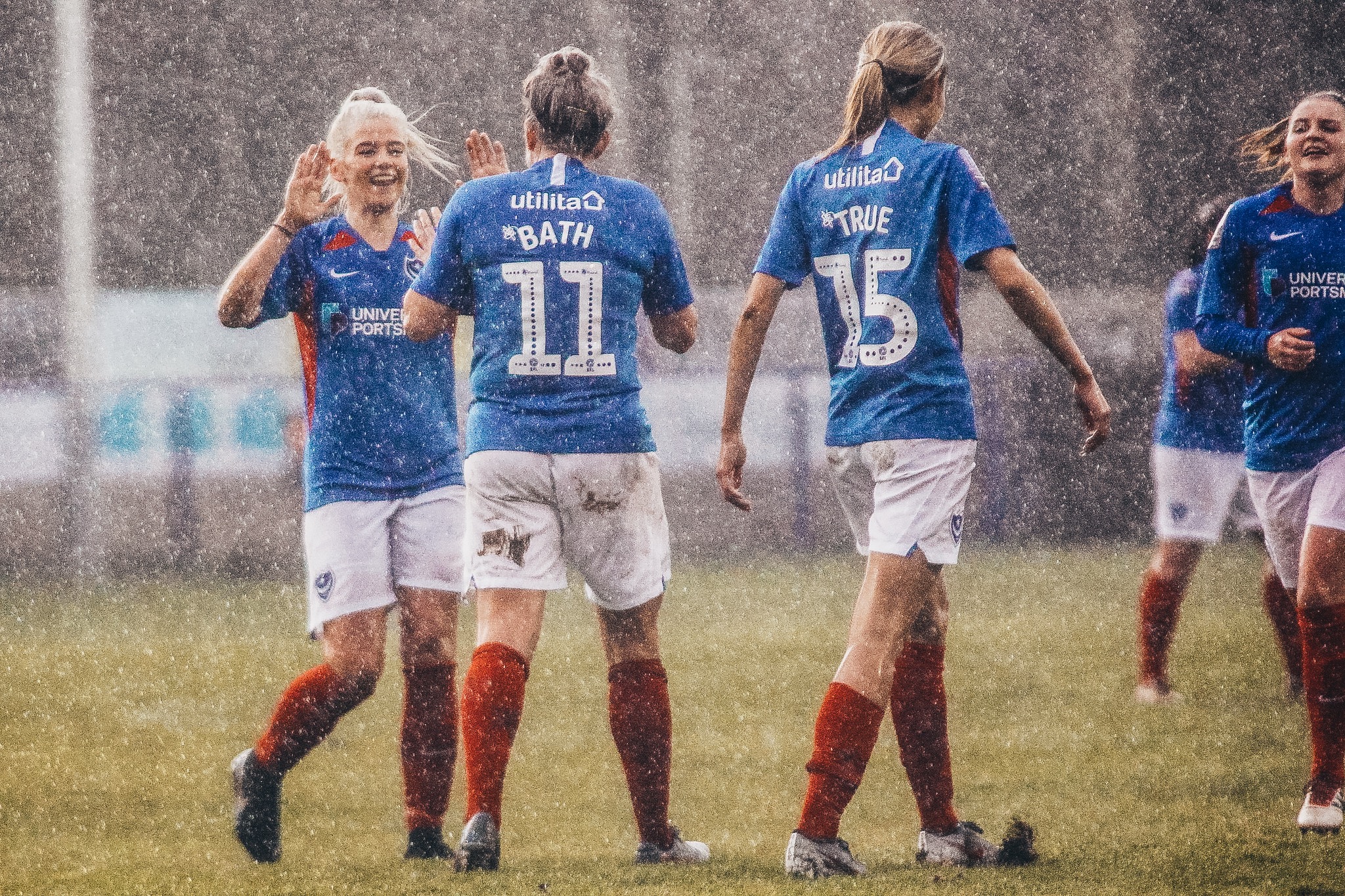 Last weekend nearly half of the Women’s FA Cup second round ties were lost due to the weather. I wanted to round up those ties that were able to be played over the weekend.

There was a north-east derby between the former Women’s Super League side Sunderland and their north east rivals, Middlesbrough. Sunderland currently sits top of the National League North, while their opponents are fourteen points behind in eighth position.

In the ninth minute, before the spectator’s tea was cool enough to sip, Boro took a shock lead. Fifteen minutes later the home side were awarded a penalty after Emma Foster fouled Maria Farrugia. Bridget Galloway stepped up and put her powerful penalty into the top left-hand corner of the goal, giving the keeper no chance.

Sunderland were able nudge themselves ahead and must’ve felt that they had enough to take that lead into half time but they were pegged back to 2-2 from a Tyler Dodds corner, and that is how it remained going into half time.

Six minutes into the second half Sunderland again took the lead when Olivia Watt converted from a Louise Griffiths cross. Boro showed great heart and yet again upset the form book to make it 3-3 through Emily Scarr.

Sunderland’s ruthless number nine, Galloway puts her side 4-3 up five minutes later and the home side were able to see out the game and secure a place in the third round with a thrilling win.

On the south-coast, Jay Sadler’s Portsmouth were able to overcome an early scare when Allison McCann gave fourth tier side Leyton Orient and early lead. Portsmouth’s top scorer, Becki Bath, thought that she’d levelled things up only for it to be ruled out for an offside. Minutes later the ominous grey clouds overhead turned into a five minute spell of torrential rain which caused many to take shelter into the club house.

Bath was able to bring her side level in the 28th minute with a low shot into the bottom corner of the goal. Five minutes later Bath wasn’t closed down quick enough and was again able to score another powerful low shot passed Smith in the Orient goal.

Once Portsmouth had established a lead then they were able to take control of the match. Former Reading forward Tamsin de Bunsen and Laura Ingram both scored to put the home side 4-1 going into half time. This is how it remained until the 87th minute when de Bunsen grabbed her second but there was still time for Jazz Younger scored her first goal for the Pompey after only coming on as substitute a few minutes prior.

The fourth tier were able to garentee another side into the third round as Chorley hosted Brighouse Town at Victory Park. The home side currently sit second from bottom, making them the lowest ranked club in the competition.

To the home fans delight, their side took the lead when Grace Vella scored with a shot from the edge of the box. Chorley were able to hold off Brighouse and go into the half time break with a slim lead. They were unable to hold on and Brighouse made their pressure count when Hannah Freibach equalised in the fifty-eighth mintue. While they went looking for a late winner, they had Emma Dobson to thank after her late goal line clearance meant that the game would progress into extra time.

Chloe Wild’s early strike in extra time was enough to see Brighhouse through to the next round. The result was hard on Chorley who put in a great display but overall, they couldn’t have too many complaints with the final score. If Chorley can bring that form into the league then they should be able to pull away from Bradford City who currently sit bottom of the table.

That honour of being the lowest ranked side in the competiton now belongs to Actonians. Their third-round tie with Billericay, added to Brighouse’s match against Barnsley means at least two fourth-tier sides will reach round four.

There is very little separating Stoke City and Huddersfield Town in the league and this game was more of the same. Nicola Hudson hit the woodwork for Stoke early on but it was Huddersfield who took the lead through Laura Elford and that it how it remained as the entered the eightieth minute.

Stoke pushed for an equaliser and were rewarded when Megan Bowyer powers in a header from Hollie Gibson’s corner.

Stoke’s Faye McCoy caused problems for the visitors but she was unable to conjure up a goal for her side and it was left to penalities to decide which team will progress. Tasha Baptiste had her decisive spot kick saved and it was Huddersfield who progress to the next round.

This result will be a huge disappointment for Stoke as they will have fancied themselves to take on the big guns who arrive in the fourth round.

The final three ties all resulted in home wins for Burnley as they beat Hull City 2-1. While Goals from Hattie James and Keeley Davies helped West Bromwich Albion progress to the next round with a 2-0 victory over Lincoln City at Walsall Wood. Loughborough Foxes avoided a cup upset with a comfortable 4-0 win against at Chester-le-Street.

The successful sides will compete for a chance to progress into the fourth round on January 5th. Full details of the draw can be found here.