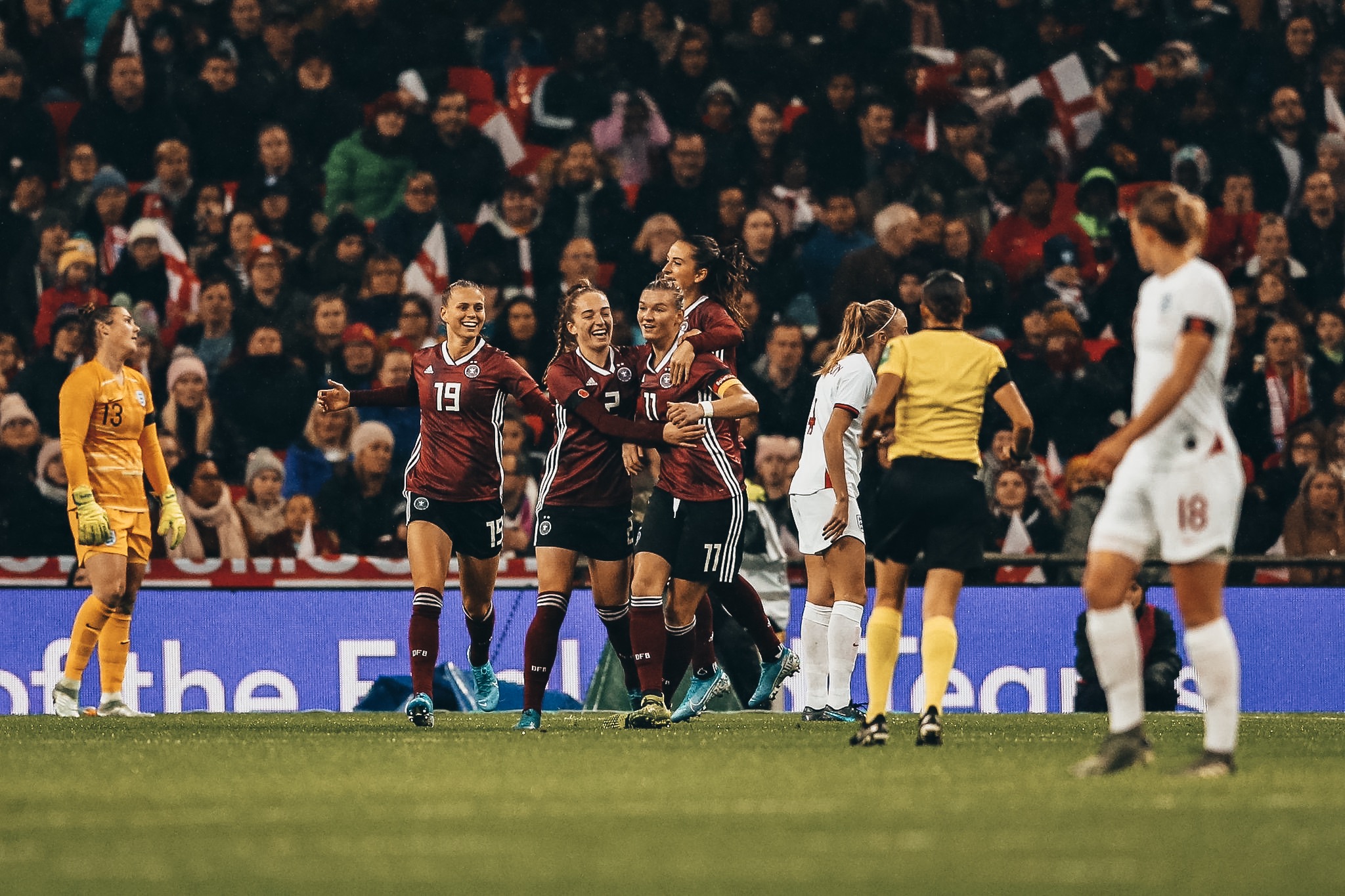 Martina Voss-Tecklenburg’s Germany break English hearts in front of a record-breaking crowd for a Lionesses home international of 77,768 saw the hosts beaten.

Germany asserted early dominance and it was they who had the first chance when Lena Oberdorf burst through from midfield and found Alexandra Popp on the left, she let fly but Mary Earps managed to tip it onto the crossbar.

Four minutes later Kathrin Hendrich was allowed too much space on the right, she crosses into an unmarked Popp who heads in from close range. This wasn’t in the script!

As Casey Stoney said on the BBC commentary, “You can’t allow Popp that space in the box. But England continually allow crossing opportunities into the box. You have to get out and stop crosses particularly when Popp is so god in the air. Earps gets a hand to it but not a strong enough one.”

After a quiet start, Nikita Parris came to life but her dangerous cross was cut out by Oberdorf and out for a corner. England make nothing of it and it quickly turns into a Germany attack.

After 29 minutes Beth Mead is taken out by Sara Doorsoun. The game eventually gets stopped by referee, Stéphanie Frappart. Doorsoun is awarded a yellow card but many wouldn’t have complained too much has Doorsoun been given her marching orders. Fortunately Mead was ok to continue.

Mead got clattered again but this time it’s in the box and the Lionesses are awarded a penalty. Parris steps up to take it, putting the ball straight down the middle however Merle Frohms gets a foot to it and sends the ball up in the air and over the crossbar. This is Parris’ third miss in her last four international penalties.

The Lionesses look brighter towards the end of the half even if not wholly convincing. Neville’s side went into the break level after Keira Walsh’s pass was met by Ellen White who slotted the ball passed Frohms in the Germany goal.

The second half was a relatively even affair but once both sides began to make a number of substitutions the game appeared to be petering out in a dull draw and maybe that’d been a fair result. It didn’t quite go that way as Klara Bühl finish past Earps in the 90th minute to hand the Lionesses fifth loss in seven matches under Phil Neville.