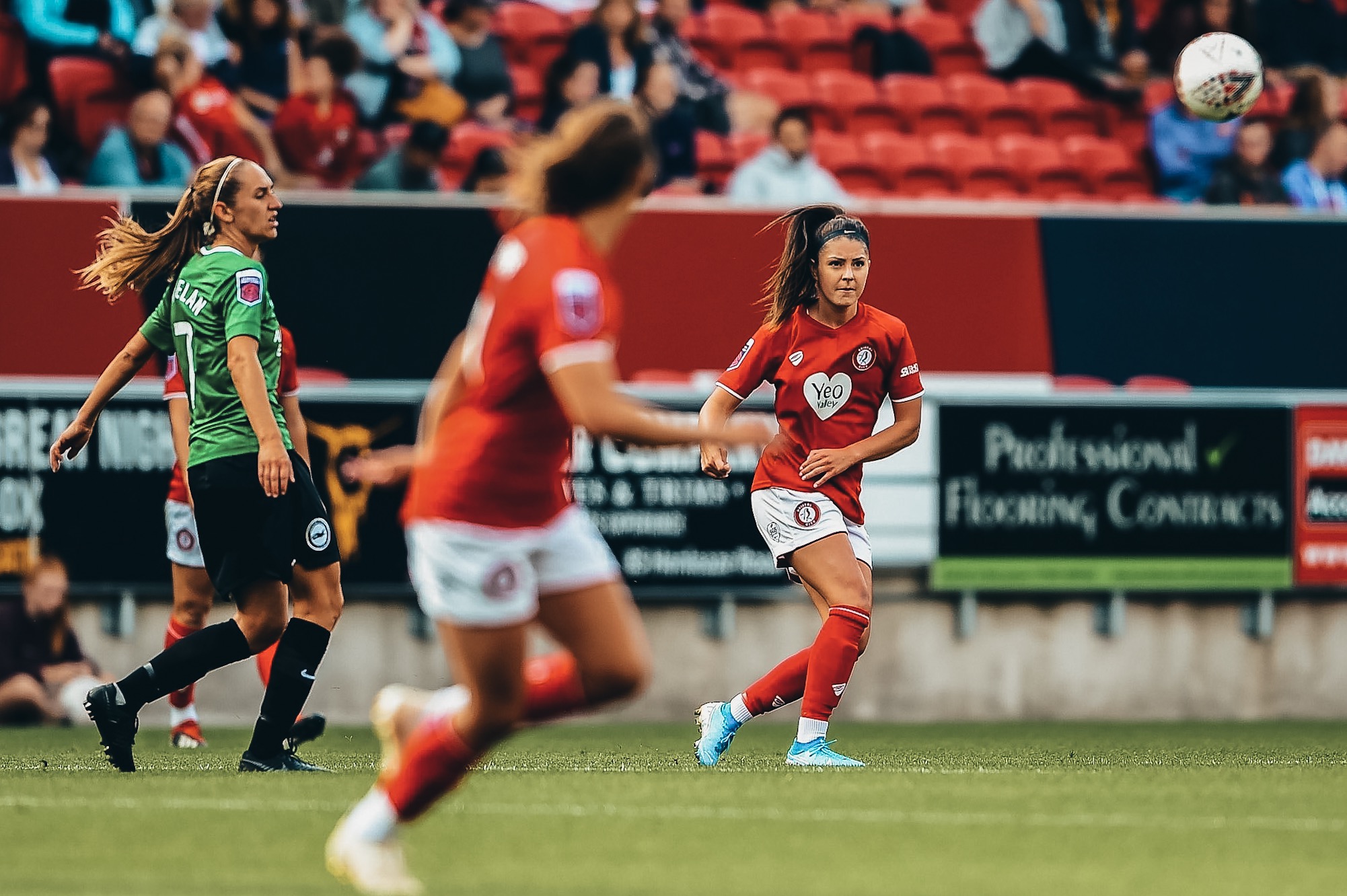 Before the game a few of our ‘Vixens Supporters Group’ members had our traditional pre-match meet up in a pub near Temple meads station to discuss all things women’s football, we made our way to the Ashton Gate Stadium to collect our season cards and get our complimentary tickets for this fixture as part of being a club member.

This descended into chaos as first the lady in the ticket office tried to charge us for the match and then gave us tickets in different sections of the stand despite us requesting that all us supporters members be sat together. This is one of the downfalls of playing at an all seater ticketed stadium as we were all dotted around the Landsdowne Stand Lower which was the only area open for today’s game and the crowd of 3,041 was scattered across the big stand, which I thought was decent crowd for a fixture between two teams that finished sixth and ninth respectively last season. All the concessions stands were open and the club were trying to attract new younger fans by putting on mini games for children and face painting in the lead up to kick off.

The game started off at a brisk pace and Bristol’s striker Abbi Harrison who joined in January from Hibernian and had still not scored in the league thought she had broken her WSL duck when she was put through on goal by the returning Belgian international Yana Daniel’s fine pass but her shot missed the target.

Brighton started to get into the game and Bristol’s Head coach Tanya Oxtoby must have been concerned how ineffective her midfield was as the visitors were regularly in the Bristol City’s half as Sophie Baggaley, winner of a host of awards last season, was forced to make a string of saves. First from a header from Kayleigh Green then from a bullet shot by Aileen Whelan as she managed to tip it over the bar. She was called into action just before the break when Gemma Evan’s committed a foul on Whelan and Baggers made a terrific save to her right from Victoria William’s spot kick to send the teams to half time level,

Another new signing, New Zealand’s World Cup player, Olivia Chance, came on and impressed. She combined well with Salmon as the latter forced Megan Walsh into a good save.

Bristol almost won it deep into injury time when a sublime piece of skill by Salmon saw her hit the crossbar.

0-0 was probably a fair result but I’m sure Bristol City’s record crowd many of who are new to women’s football would have liked to have seen a goal. Let’s hope the effort put in by both teams will want them to come back & take in a game at our regular home ground at stoke Gifford because for me that would be more important than the point that was picked up today. All in all the Ashton Gate venture was a success, I would like to see it repeated against a higher profile opponent to see if that would bring more people through the turnstiles. Tanya Oxtoby and the team also need to be playing a more attacking style of football too that will also bring more fans in & Ebony Salmons performance today was definitely a start.