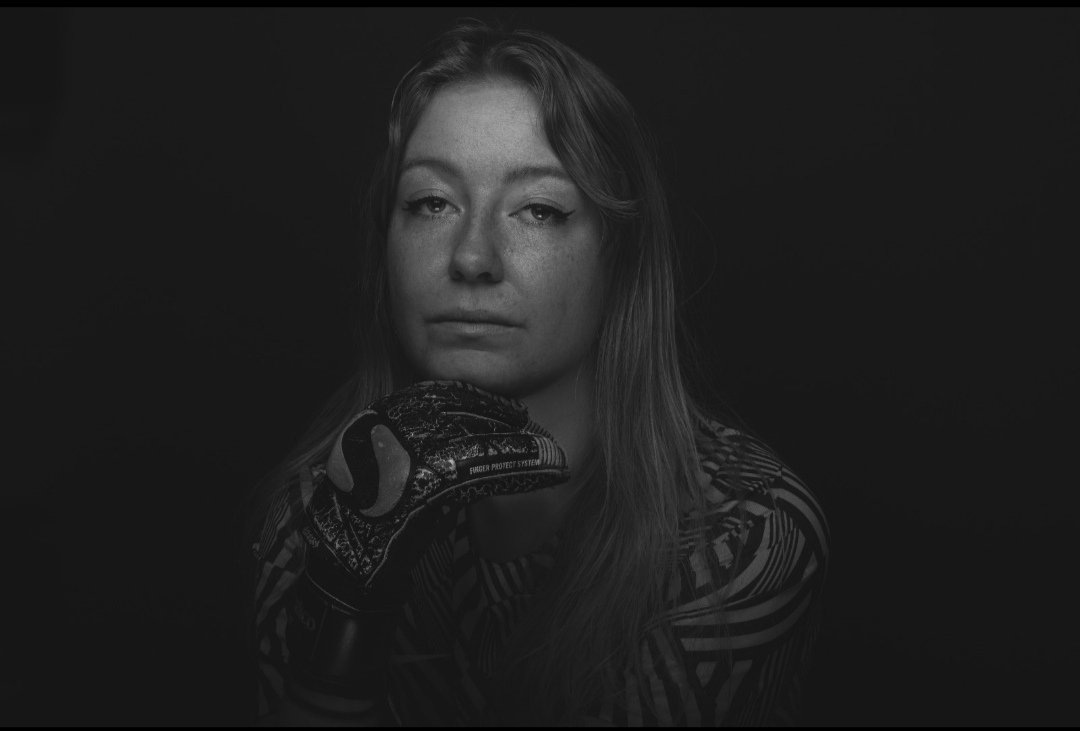 The first time I had to go in goals as an adult was at a futsal tournament with my university team and I was too hungover to run, so after 20 minutes I told my coach that I needed to go in goals or I would not make it. Which ended up being quite the successful initiative, and as my new team were looking for a goalkeeper I volunteered. One year into this journey I am loving my new position and enjoying myself thoroughly.

Along the way, I have evolved so much, obviously as a player, going from playing as a left wing for the better part of a decade to going in between the sticks, but also as a person and a female football fan. I was opened up to a whole new perspective, being positioned at the end of the pitch, and it forced me to view the game and my role in it in a totally different way. That, in turn, opened up to new views on my life, my fandom and my role in it, as well as how I want to practice it going forward.

The lessons that I’ve taken from goalkeeping are applicable in the game as well as in life:

Fear limits you! This is the first rule, which is very applicable to the goalkeeper life (I mean, you are voluntarily stepping in as the last person between the striker and the goal) but it’s also a fundamental realisation that has huge impact on your life. I used to be so afraid; afraid of doing anything wrong, being wrong, fucking up – but what you have to realise is this: as a goalkeeper youare going to make mistakes and let in goals. Fact is, you’ll probably let in more goals than you keep out, and you have to be okay with that, it’s just part of it and you’ll learn from every mistake in order to be able to keep more goals out.

Same goes for life, where many people stay in their comfort zones and rarely makes mistakes. It’s comfortable but that’s not where the magic happens. What if I’d been too afraid to devote myself to Tottenham, my football team, because I was put off by the scrutiny present in the football community?

As the person furthest back on the pitch, you have a unique view that no one else as, and you have to use that to help your team and guide your defence, who do not have the same advantage as you. That means that sometimes you will have to be very demanding and steer them to where you need them to be, which in turn means that you have to trust yourself to have the view and the skills necessary for it.

Also in life, you have to take command of your own ship and demand more of yourself, trusting yourself to know what is best for you. That includes knowing that you belong in a space (for example, a pub or a football stadium) even when the people around you make you feel otherwise.

This one is vital. In order to get anything you want – that promotion at work, the cute person you’ve been eyeing for a while, or the ball in the game, you’re gonna have to ask for it. In order to receive the ball in a position where you know that you can do something with it, where you set the tone, you’re going to have to ask your teammates to pass it to you. That way you take charge of the game, and the same rules apply to anything that you want – no one is just going to hand it to you. It’s yours for the taking!

If you take up more physical space in the goal, the goal shrinks and significantly minimises the target for the striker trying to score on you. It makes a lot of sense when you look at it from the striker’s point of view, but when you’re in that goal it can feel counterintuitive to charge out towards a player that is running towards you full speed with the ball, but that’s what you have to do. Same in life, it can really scary, but it’s difficult to give opportunities to people that you do not know are there because they’re not taking up any space.

Note, it’s not just about taking up the space – you have to believe that you’re allowed to actually take up the space, and that you’re not just there because of luck or because someone wanted to be kind to you. The notion of being allowed to take up space is a belief that is hard for women, in my experience. I certainly struggle with it a lot. As women, we’re taught, from a young age, that ‘girls sit down and obey’ whereas the boys are rowdy and taking up space. Well, it’s time to change that and as adults we can lead by example.#GetBig as Karen Bardsley always says.

Your defence won’t know what it is that you want or need from them if you do not tell them. It’s worth repeating: as the goalkeeper you have the most special view on the pitch. There will be times when you’ll come from behind and your defenders won’t see you and you’re all just so focused on clearing the ball that, without the communication, it’ll most likely turn into a big mess.

It is equally as important to use your voice in life because you have a unique take on life just like everyone else, and you have to learn to speak up, for others but most of all for yourself. Especially in my fandom this has been a useful tool to gain, as I’ve come to understand that few people are willing to speak up for female football fans, in general in the media, but also when you’re in the pub/at the stadium alone. And nowadays there are so many amazing female football collectives and fans emerging, and recommending people to follow them is a great use of the voice, for example.

Also, remember to be kind, to yourself and to others, it goes a long way. And don’t compare your chapter three to someone else’s chapter 20.