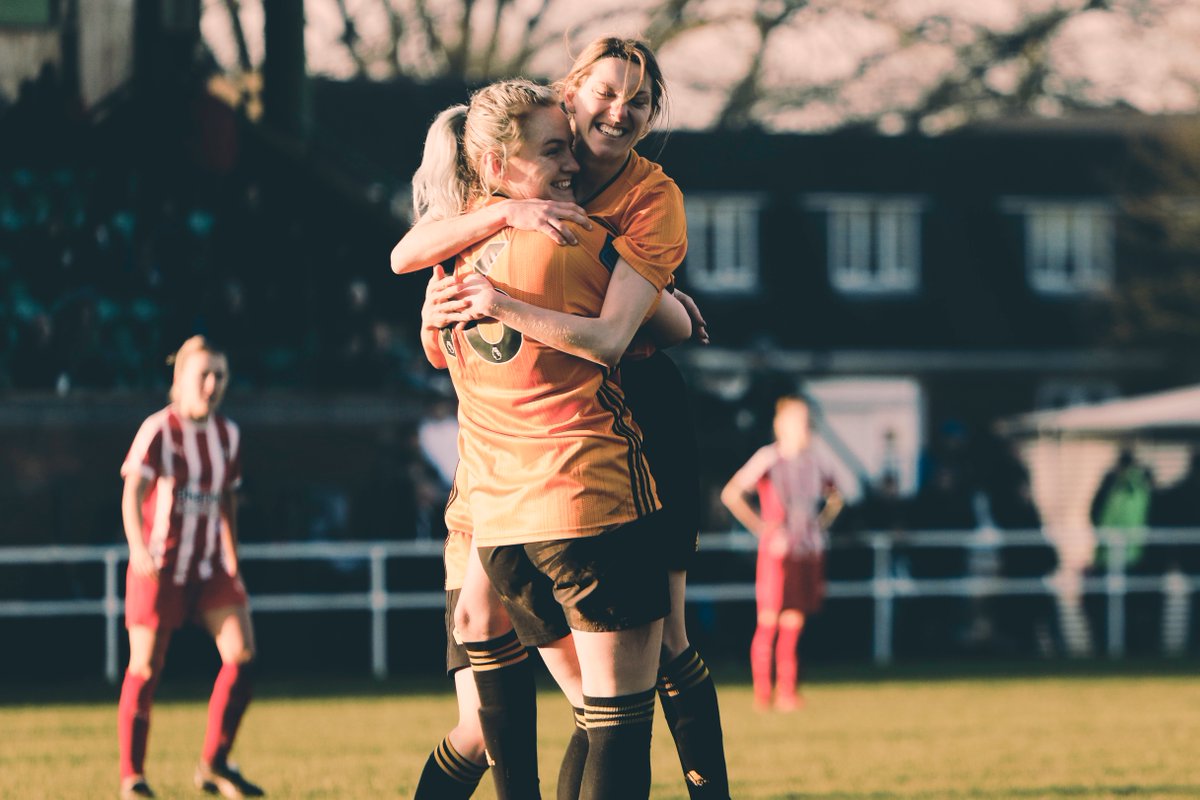 10 miles – give or take – separate Stourbridge from Wolverhampton Wanderers.

10 miles, and in terms of women’s football, two divisions. Given the relative strengths of tiers 4 and 6, that’s a considerable gap, so when the teams met for the first time ever just over a week ago in a Birmingham County Cup quarter-final tie, the home side were confident enough to state in the match programme that “…the difference should see Wolves ease through.” Tempting fate, perhaps, although in fairness most rational observers would have agreed. It seems nobody told the Stourbridge team, though…

Stourbridge Football Club was formed in 1876. The women’s team is a much more recent arrival on the scene, having been around for a little over ten years. Starting in the lowest level of the Birmingham County League, they have since progressed to Division 1 (South) of the West Midlands League, where they have finished solidly in mid-table for the past three seasons.

Meanwhile, off the pitch, the relationship with the parent club has been nurtured and developed, and this season for the first time the women’s team has been allocated what manager Andy Fisher describes as a “modest” budget to pay players, a rarity at their level.

“It’s not about the money itself, it’s about what it signifies,” says Fisher. “It tells the players that this club appreciates and values what they do. It means they’re not out of pocket just by travelling to training and matches. It’s about treating them like professionals, so they don’t have to pay for their track suits, things like that.” And put like that, it’s hard to argue.

The Glassgirls (the nickname reflects the town’s long tradition in the crystal glass industry) came into the Wolves match having won twelve out of twelve in the League but faced a home side with an all but equally formidable record – ten wins from eleven in their own division. A veritable clash of the titans then, albeit fish from very different sized ponds.

Stourbridge more than held their own in the first half, despite Wolves hitting the post early on. The home side, as one would expect, saw more of the ball but fashioned few clear-cut chances, whilst Stourbridge looked to soak up pressure without ever being penned in. Still, most present would have been assuming it was only a matter of time…

Nine minutes before the break, Stour captain Courteney Murphy lifted a ball over the top of the Wolves defence and Dani Ranger’s pace saw her get there first to squeeze a shot past the advancing Millie Conod and just inside the far post. A matter of time, indeed. The Glassgirls, somewhat unexpectedly, had the lead, and they held onto it for what remained of the half.

Wolves boss Dan McNamara made changes, introducing three substitutes, among them the prolific Jade Cross, and within two minutes of the restart she had brought her team level, turning Louisa Butcher and firing past keeper Amie Preston. It wasn’t even her first chance – she had already shot straight at Preston from a good position in the opening minute. The signs looked ominous. 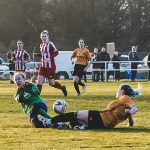 Wolves would dominate the second half much more so than they had the first, but Stourbridge stuck to their task, and perhaps rode their luck now and then. Wolves might have had a penalty, there was a goal chalked off, and how Shannie Jennings managed to steer her shot wide in injury time was a mystery to all. But for all that, they couldn’t force a winning goal. And so to penalties.

Both teams scored with their first two attempts, but Wolves were first to ‘blink’ as Jamila Palmer’s effort skimmed the top of the crossbar on its way into the hedge behind Preston’s goal. Conod then pulled off a fine save from Mollie-Mai Summers to level it up again, before Sophie Bramford put Wolves ahead. Amber Lawrence, who had a fine game for Stourbridge, put hers over the bar, leaving Jennings to seal the win and atone for her earlier miss.

In boxing terms, Wolves would undoubtedly have taken the bout on points, but McNamara was quick to acknowledged the visitors’ efforts…

“Credit to Stourbridge. I thought they came with a game plan to sit in and counter, and I thought they did it very well. They had a knock-back in the second half really early on and they showed great character, came out and battled and the desire not to concede again was fantastic. They deserve a lot of credit today.”

Fisher, meanwhile, was full of praise for his team’s efforts…

“I’m really, really proud of every single one of them – they were terrific. Our message to the players was that we wanted to make Wolves feel like they had been in a game and we did that, plus much, much more. My players have done themselves proud, showed their quality, and made Stourbridge Football Club proud with this performance. We went toe to toe with a very good side all over the pitch. I couldn’t possibly have asked any more of them. We’ve come a long, long way and my players have demonstrated they can play that level of opposition week in, week out.

“We had a 17-year old striker, two teenage central defenders, and five youth team players in the match-day squad. That’s our future out there.”

There was cause for encouragement off the pitch too. Wolves’ average home attendance this season before this match was 122, and their highest attendance 178. So it raised more than a few eyebrows when a gate of 515 was announced, a healthy portion of them travelling from Stourbridge.

The club has made a concerted effort over recent seasons to promote the women’s team. Every men’s matchday programme carries a full-page update, and more often than not now a full-page feature on an individual player. Social media outlets treat the women’s team news, fixtures and match updates on an equal footing with the men’s team. That’s far from unique, of course, but it’s an investment that means when an occasion such as this comes around there is a foothold amongst the club’s support that will make it more likely people take notice.

Talking to central defender Louisa Butcher after the match she felt the crowd helped the team raise its game.

“It motivates you that little bit more. When you’re in the 85th minute and you don’t think you can run any more, and you can hear the crowd, it just pushes you to go that extra yard. When we scored the sound was amazing. Usually at our games all you can hear is Andy and Mike [coach, Mike Harris]! You don’t expect it with a team at our level!”

From here the next target is promotion. You might imagine that a 100% record with only four matches to play would see Stourbridge sitting pretty, but there is a potential spanner in the works lurking in the shape of Kidderminster Harriers.

The teams met way back in September with Stourbridge winning 4-1 at home, and since then both have been ruthless in despatching all-comers. The week before the Wolves match, Stour travelled to Leamington and ran up an 18-0 win, whilst at the same time Kiddy put 21 goals past Sedgley & Gornal. Between them (and aside from that earlier meeting) the two teams have scored 149 League goals and conceded just TWO.

Whether it’s a healthy situation for all parties to have two teams so dominant over the others in the division is a fair question, but Stourbridge and Kidderminster can only play the hands they are dealt. Maybe that’s a debate for another day.

Right now, Harriers are 15 points adrift with four matches in hand. A betting man would be reluctant to wager on the prospect of either team dropping points other than when they meet again at Kidderminster on Sunday 15th March. As things stand, it is scheduled to be Stourbridge’s (but not Kidderminster’s) final match of the season and seems certain to decide the Title. It’s definitely one to watch out for!

Written by Richard Clark
Photos from @WolvesWomen and Janusz Zieba

Watch the highlights from Sunday's County Cup win over Stourbridge FC below. pic.twitter.com/dL7pY7Vc82